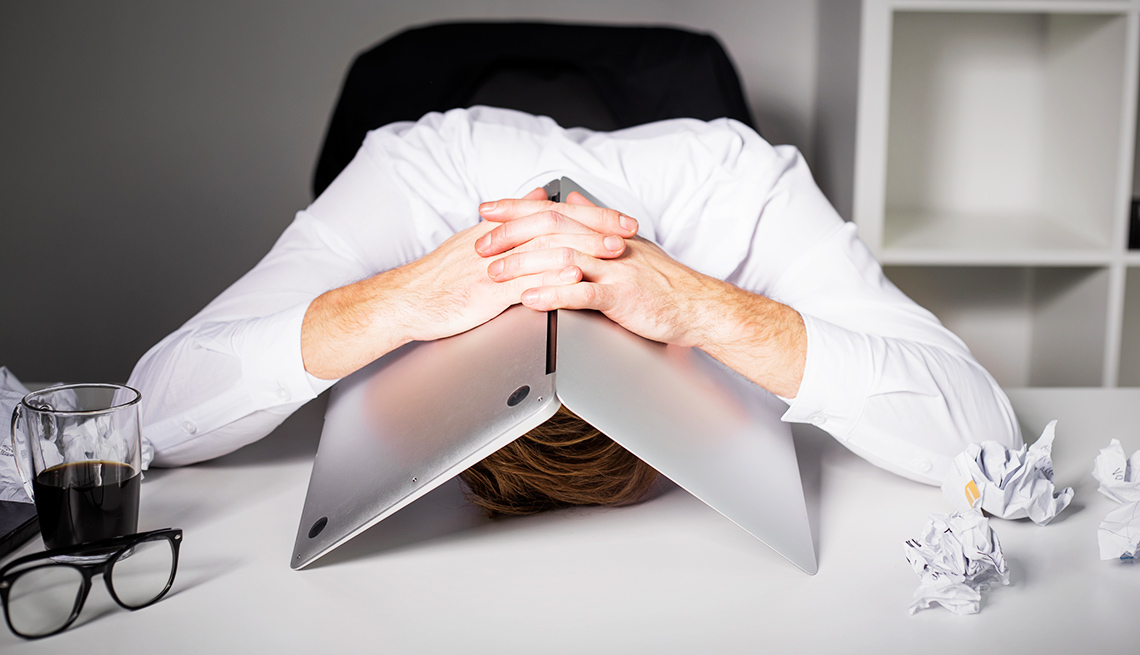 Thirty-nine percent said that being overwhelmed with work volume or hours caused them to lie awake.

About 3 of 10 workers age 55 and older often have trouble sleeping because of work anxieties, a recent survey has found. But they are generally less vulnerable to disturbed sleep than younger employees.

The poll of 2,800 U.S. workers of various ages was conducted by a research firm on behalf of Accountemps, a subsidiary of the Robert Half Co., a human resources consultant and staffing firm.

It found that 51 percent of older workers lose sleep "not very often" because of work concerns. But 23 percent lose sleep "somewhat often," and 6 percent "very often." Only 21 percent said that work never interferes with their sleep.

Far more of their younger colleagues say that work keeps them up at night. Fifty-seven percent of the 18- to 34-year-olds and 45 percent of the 35- to 54-year-olds who were polled said they somewhat or very often lose sleep because of work worries.

While workers of all ages are vulnerable to job-related sleeplessness, the more experienced ones may have an easier time achieving a healthy work-life balance, Bill Driscoll, district president for Accountemps, said in an email. “Baby boomers began their careers when cell phones and email didn’t exist, and they had no choice but to disconnect from the office once they got home. They understand what it feels like to unplug once the workday is done.”

When older employees toss and turn at night, the inability to get a business-related problem out of their heads is the top reason, cited by 50 percent of the insomniacs. Thirty-nine percent said that being overwhelmed with work volume and/or hours caused them to lie awake. Strained relationships with coworkers (15 percent), worries about losing their jobs (12 percent) and nightmarish bosses (12 percent) were other common causes.