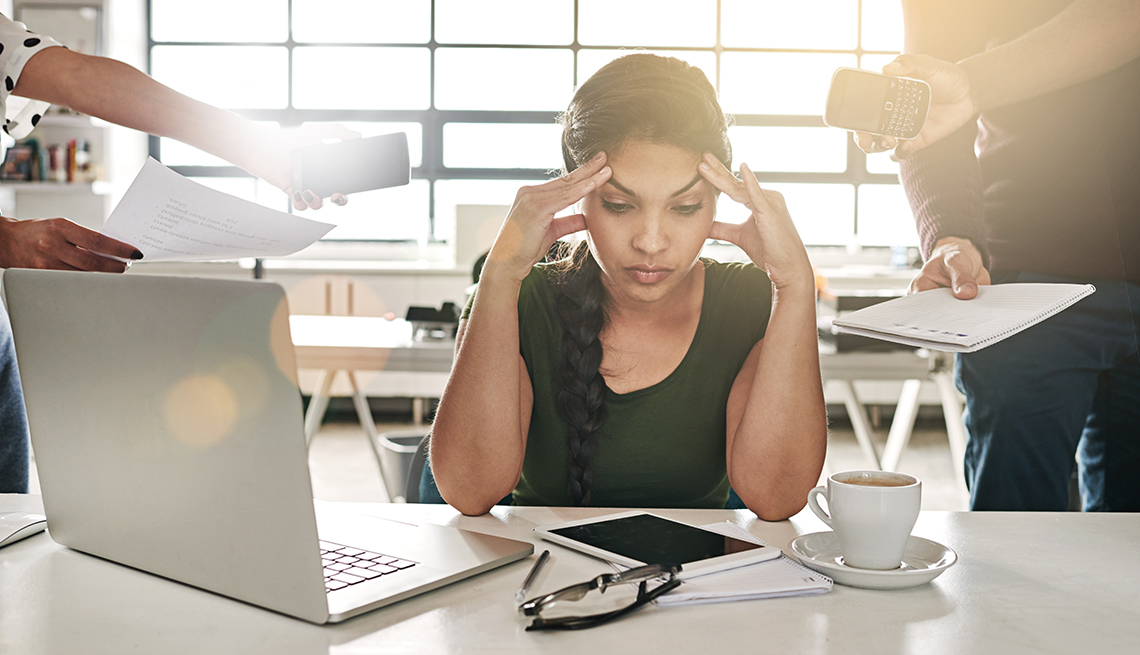 Employees may fear requesting time off for mental health needs because they could be fired or stigmatized by their status.

A social media post from a web developer in Michigan has launched a national discussion on the importance of taking sick days for mental health needs, and the importance of having employers who will stand behind such requests.

It all started when Madalyn Parker sent a message to her coworkers stating: "I'm taking today and tomorrow to focus on my mental health. Hopefully I'll be back next week refreshed and back to 100%." Parker struggles with anxiety and depression, and hasn't always responded to medication, CBS News reports. Her company CEO, Ben Congleton, read the message and sent a reply in strong support of her decision:

"Hey Madalyn, I just wanted to personally thank you for sending emails like this," Congleton wrote. "Every time you do, I use it as a reminder of the importance of using sick days for mental health – I can't believe this is not standard practice at all organizations. You are an example to us all, and help cut through the stigma so we can all bring our whole selves to work."

Parker was so moved by his message that she asked him if she could post it on Twitter, to which he agreed. The social and traditional media response has been intense, with the post receiving tens of thousands of likes and shares, and numerous national media outlets interviewing Parker and her boss.

"I was really surprised!" Parker tells AARP. "I send these emails somewhat frequently since I have chronic health conditions. I knew Ben's response was different from other leaders' but I didn't realize what an impact it would have."

Our culture doesn't talk about mental illness the same way we talk about physical illnesses, Parker says. "Starting this conversation and acknowledging that mental health is health will help break through the stigma ... and raise awareness."

On social media, people expressed support for Parker's honesty and complimented her boss and the company for recognizing that mental health issues are of equal importance to physical health problems. Many commenters stated that they feared they couldn't make such a request in their own workplaces because they could be fired or stigmatized if they shared their mental health status.

Although Parker is in her 20s, older workers are not immune to depression. A 2015 study by the National Institute of Mental Health found an estimated 16.1 million adults experienced a major depressive episode in the prior year, including 4.8 million over the age of 50. The National Alliance of Mental Illness reports that depression affects more than 6.5 million Americans aged 65 or older.

Yet most employers aren’t as sympathetic as Congleton. A 2016 American Psychological Association survey found that less than half of working Americans say their workplace supports an employee's well-being.

"I think there's a lot of people out there that don't really understand what mental health is. I feel sorry for them," Congleton told CNN. "Mental health [is] just as important as physical health in these situations."

When to take a mental health day

Psychiatrist Amy Morin writes in Psychology Today that deciding when and how long to take off for mental health needs depends on the mental health issue you’re grappling with, as well as the type of work you do. "I once worked with a bus driver who was struggling with depression. She struggled to maintain her concentration and would sometimes grow forgetful. It was clearly a safety concern and she needed more than one mental health day — she needed a leave of absence to work on herself."

However, others may need only a day or two away from the office to try to reduce stress and get their emotions under control. Morin suggests taking a mental health day when:

"Mental health is a continuum and likely, we all have room for improvement," Morin writes. "Taking a mental health day every once in a while could help you build mental strength and improve your mental health."

Employers can benefit from showing empathy as well, because if employees address the problem early, they may end up taking less time off in the long run, Parker says.

"If I notice that I'm not sleeping well or I'm having fleeting suicidal thoughts, I can take a mental health day to recharge and come back to work at full force. If I don't do this, it's likely I'll have to take many days off, visit my psychiatrist, or even go to the hospital. Everyone needs those days to take care of themselves, both for physical and mental health."