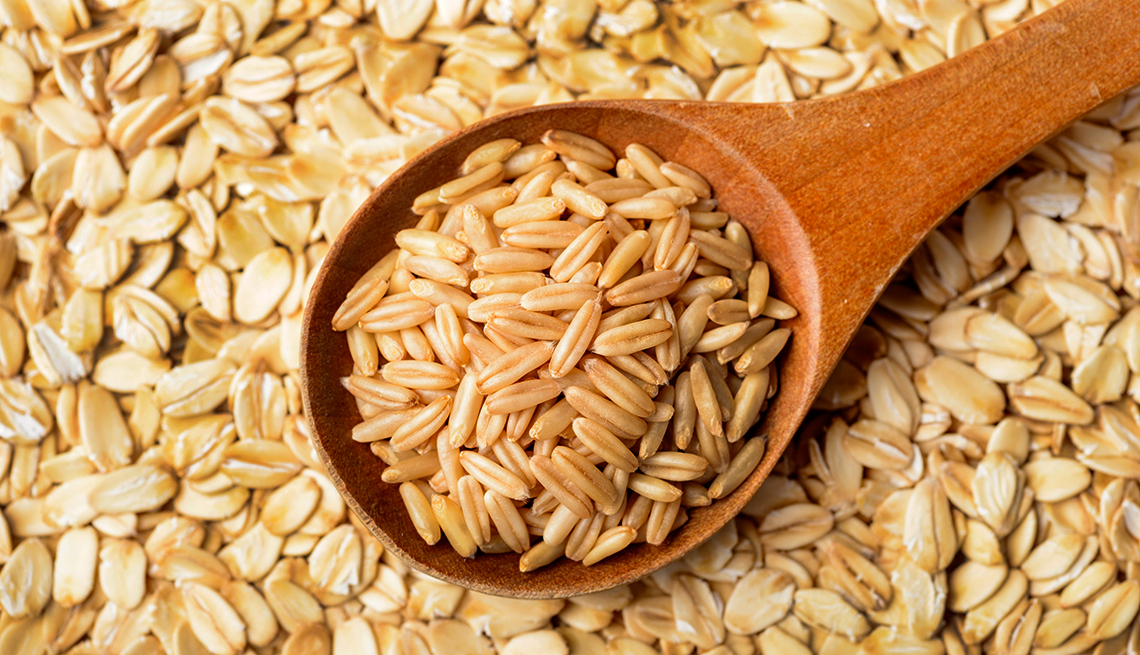 That's the finding of a new Tufts University study that suggests that eating whole grains can speed up metabolism and reduce the calories your body absorbs.

Researchers compared two groups of adults ages 40 to 65 who were randomly assigned to eat either a diet that included whole grains — oatmeal, brown rice, whole wheat flour, for example — or a diet that included refined grains — typically white bread, white rice and white flour. The total number of calories and the types of food were the same for both groups.

"We provided all food to ensure that the composition of the diets differed only in grain source. The extra calories lost by those who ate whole grains was equivalent of a brisk 30-minute walk," senior author Susan B. Roberts, director of the Energy Metabolism Laboratory, said in a news release.

After eight weeks, the study participants who ate the whole grains had an increase in resting metabolic rate and absorbed fewer calories because, as the researchers explained it, they had "greater fecal energy losses." This did not mean — to be coarse — that the subjects pooped more solely due to the extra fiber, the authors clarified, but that the extra fiber also changed the way other foods were digested.

The scientists caution that the study doesn't prove that whole grains cause weight loss, but they suspect that it does. Coauthor J. Philip Karl, now a nutrition scientist at the U.S. Army Research Institute of Environmental Medicine, estimated that it might translate to dropping about five pounds a year.

The study was published in the Feb. 8 issue of the American Journal of Clinical Nutrition.