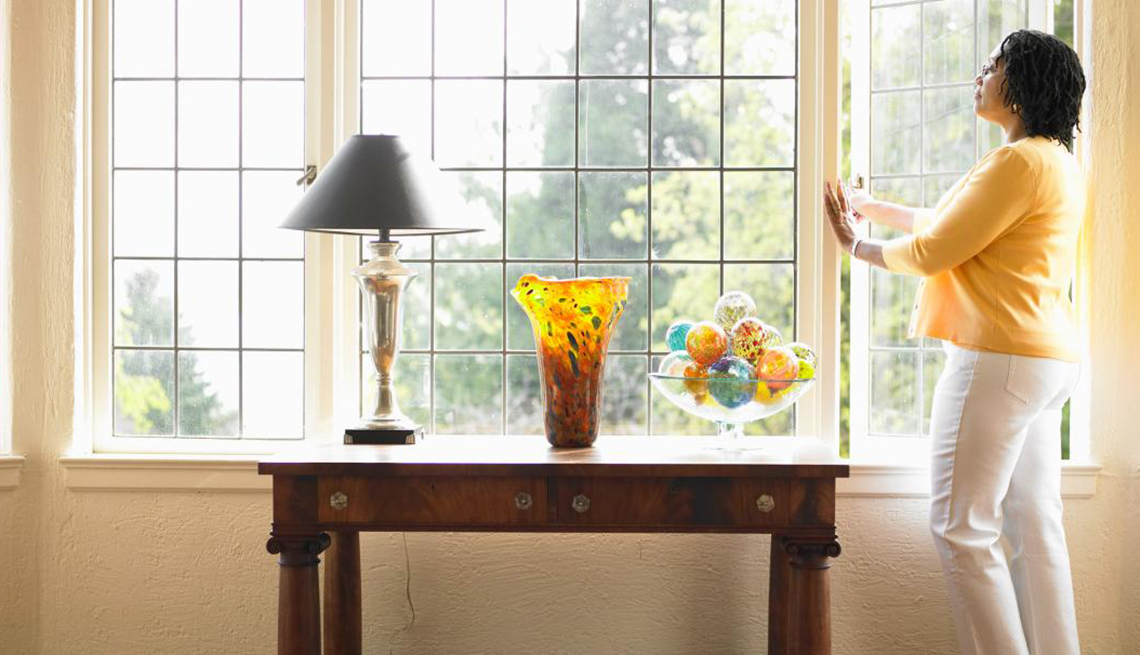 There are lots of good reasons to cut down on the number of chemicals that touch your life each day. Even a little detoxing can change your health for the better, in some cases reducing the risk of cancer, heart disease and other serious illnesses. Avoiding chemicals protects those around us, and it is satisfying to know you can take charge of your environment.

Here’s a simple five-day plan to get you feeling better by Friday.

Monday: Open some windows. “Many people underestimate the potential effects of indoor air pollution on health,” says Luz Claudio, Ph.D., professor of preventive medicine at the Icahn School of Medicine at Mount Sinai in New York City. “Pollutants from different sources can accumulate and concentrate in the indoor environment.” This is a big concern with chemicals known as volatile organic compounds (VOCs), released from many household products including wall paints and vinyl floors. These chemicals, as well as some allergens, can concentrate inside homes.

Be especially vigilant about ventilation if you’ve just bought furniture or carpeting, which tends to release lots of volatile organic compounds when new

Opening the windows is a good way to clear the funk. “This should be done when the air outside is less contaminated than the air inside,” Claudio says, “so choose a time when there is less traffic.” Be especially vigilant about ventilation if you’ve just bought furniture or carpeting, which tends to release lots of VOCs when new. If you’re shopping for area rugs, she suggests choosing natural fibers and plastic-free models and avoiding adhesives. Steer clear of carpets labeled “stain-resistant,” which are usually treated with perfluorinated compounds (PFCs). 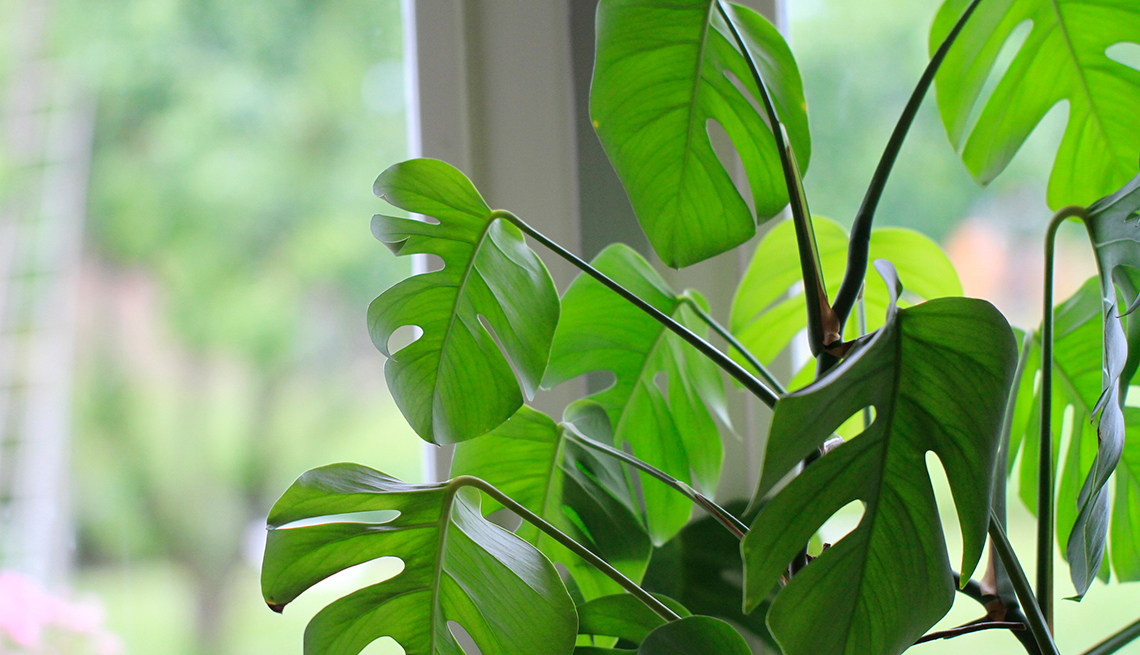 Tuesday: Pick purer produce. While eating more fruits and vegetables is on everybody’s radar these days, these good-for-you foods are often your No. 1 source of pesticides, says Cynthia Curl, Ph.D., an assistant professor in Boise State University's School of Allied Health Sciences. An easy way to protect yourself is to buy organic: Her research, based on a sample of 4,500 people in six U.S. cities, has shown that those who consume conventionally grown produce have nine times higher exposure to common pesticides than people who eat mostly organic.

“That doesn’t mean that people should think ‘I’ll only eat organic, or no produce at all,’” she tells Life Reimagined. “Conventional produce is very good for you. And we still don’t know how much actual health risk comes from those higher levels of pesticides.” (Though a recent study from the University of Oxford in the U.K. has shown that pesticide exposure increases the risk of Type 2 diabetes by nearly 60 percent.)

Curl’s advice? Buy organic for the produce named most vulnerable by the EWG’s Dirty Dozen, which ranks strawberries, apples, nectarines, peaches and celery as the most likely to chemical-laden. And she recommends following Consumer Reports produce rankings to help make smarter decisions. 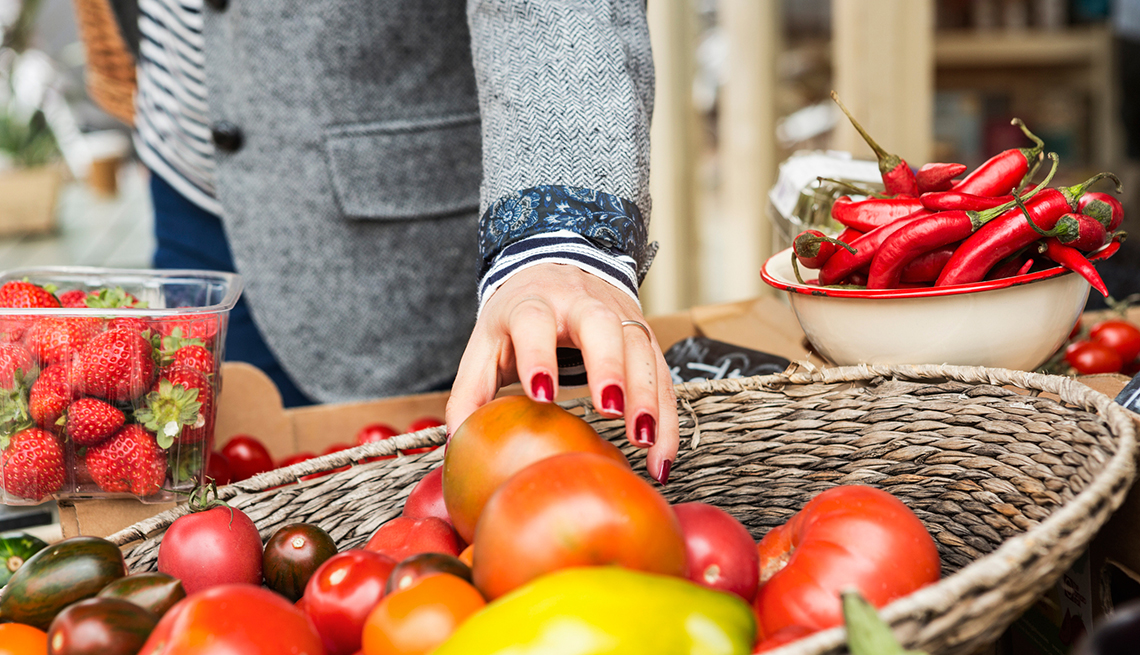 The latest research confirms that food has healing powers for your body. Are you giving your body the nutritional medicine it needs?

Wednesday: Clear the air at work. All the contaminants in your air at home can occur at work, too, says Claudio. If you think your job is sucking the energy out of you, the solution may be as simple as improved office ventilation. A Harvard University study found that people who work in “greener” offices (those with lower levels of VOCs) are 61 percent sharper in cognitive measures. (Researchers evaluated how sharp workers’ thinking was after working six straight days, 9 to 5, in either a green or conventional office.)

A few plants, a HEPA air filter and open windows can help. So can giving your smoking colleagues a wider berth. Third-hand smoke, the residue that clings to surfaces and clothing even after the cigarette is extinguished, is especially potent when it combines with ozone and nitrous acid, which are common indoor pollutants. Experts at the University of California’s Berkeley Lab say these chemicals can linger for as long as two months after smokers have moved on, and they’re toxic enough to damage our DNA.

Thursday: Minimize the meat you eat. For years, nutritionists had been warning people to ease off processed meats, including bacon, hot dogs and cold cuts, because of nitrates and other chemicals. There are cautions about red meat’s impact on heart health, too. Recently, the World Health Organization went even further, classifying processed meats as a Group 1 carcinogen, saying that consuming any red meat probably raises the risk of colorectal, pancreatic and prostate cancer.

The risk, while real, is much smaller than the risk posed by cigarette smoke or alcohol. If you limit meat consumption to three ounces or less a day (a serving about the size of a bar of soap, or a hamburger patty the size of a hockey puck), one large Japanese study found there’s no increased risk of mortality from heart disease.

Friday: Breathe better in your car. While it would be great if everyone could spend less time in cars to reduce exposure to air pollution, that’s not practical for many people. But research from the University of Southern California’s Keck School of Medicine has shown that keeping the windows closed and switching the car’s ventilation to “recirculate” has a big impact. In a typical car (about seven years old), doing so cut in-car pollution for very small particles from 80 percent to 20 percent, and reduced the number of large-particle pollutants from 70 percent to 30 percent. Particle pollution is linked to such health problems as heart disease, respiratory illness, cancer and premature death.