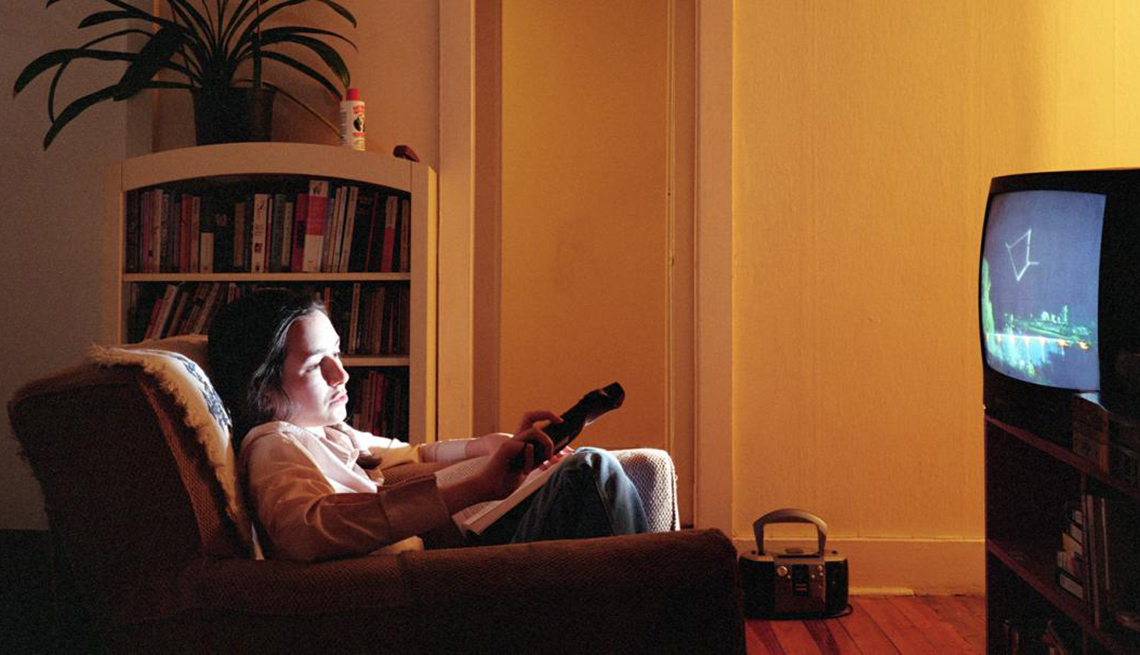 We know. You’ve heard “sitting is the new smoking” so many times you’re ready to throttle someone. “I can’t help it,” you may want to say. “Is it my fault my job keeps me sitting at a desk for 50 hours a week?” To some people, even regular exercisers, the health curse of sedentary behavior has been starting to feel like a death sentence.

But an important new analysis finally has good news for desk jockeys. The research, which focused on 16 studies of the risk of sedentary behavior, found that 60 to 75 minutes of moderate-intensity physical activity each day eliminates the elevated risk of death from sitting too much. But the news isn’t great for couch potatoes: People who watch three hours or more per day still have an elevated risk, no matter how much they work out.

“60 to 75 minutes of moderate-intensity physical activity each day eliminates the elevated risk of death from sitting too much.”

“I had expected that physical activity would mitigate the hazards of sitting,” says I-Min Lee, M.D., a professor of medicine at Harvard Medical School and one of the authors. “What was more unexpected to me is that with enough activity, the hazard of sitting for mortality can be completely eliminated.”

She says it isn’t clear why TV sitting is much harder to counter with exercise than other types of sitting. One possibility? “Long hours that people spend watching TV may be a marker of a more unhealthy lifestyle in general, including being less likely to exercise,” she says. The studies all focused on people 45 and older, and she says it’s also possible that unlike younger people, who are more likely to be watching videos throughout the day, “older people usually watch TV in the evenings after eating dinner, which might affect their metabolism.” And there’s always the chance that people snack more while watching TV.

How Much Exercise Do You Need?

Gym rats are breathing a sigh of relief at this news, while couch potatoes are likely to view 60 to 75 minutes of exercise a day as impossible.

Lee acknowledges that the chunk of time “may seem huge for many people.” But the data showed that “any activity you do that is more than five minutes a day of brisk walking mitigates your risk of dying prematurely.” So while people who exercised less than an hour a day didn’t eliminate the risk of premature death, they did improve their odds.

This study didn’t look at people who exercise more heavily on weekends—someone who seldom works out during the week but then takes long hikes on Saturdays, for example—but it’s likely that they’re getting a mitigating impact, too, Lee says.

Turn to Your Phone 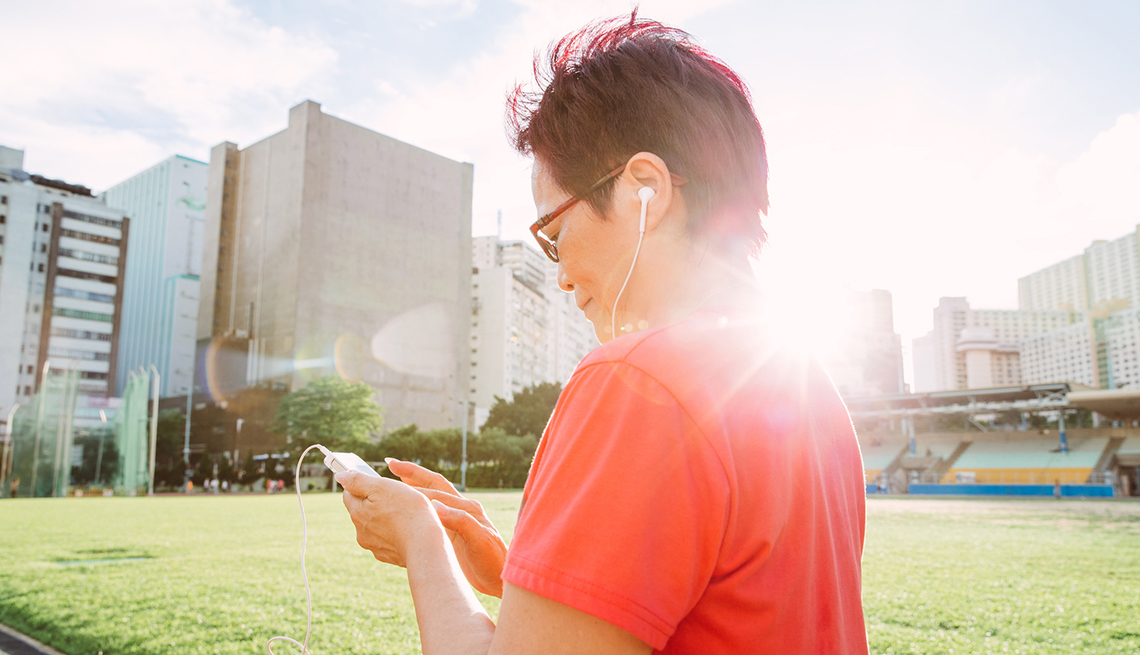 While the jury is out on the long-term effectiveness of wearable devices that track activity, a study from the American Cancer Society suggests your smartphone might be a meaningful ally.

Noting that most American adults spend about eight hours on their keister and that sedentary behavior is linked to weight gain, a higher BMI and obesity, as well as an increased risk of breast, colorectal, ovarian, endometrial and prostate cancers, researchers used smartphones to prompt people to move more.

They equipped study participants with accelerometers and had them carry their smartphones, and then monitored them closely for seven days. If people sat more than two hours straight the prior day, or if they were sitting during randomly timed assessments, they got a message encouraging them to move more and sit less, as well as a message explaining the health risks of not moving enough. It worked, with participants engaging in about 25 minutes more of activity each day than the control group.

If exercising before or after work seems too daunting, the arguments in favor of exercise atwork keep getting more compelling. A new study from Clemson University finds that people working at a desk with a cycling feature weren’t just more active; they were more motivated to do their work and were in better moods, too.

Each study participant, working at either a FitDesk bike or a regular desk, completed a series of complex cognitive reasoning tasks. While students at both types of desk were able to perform tasks just as well, the ones at the FitDesks were happier.

That’s significant beyond physical health, the study notes, because "improving positive affect could mean improved problem-solving, decision-making, responsibility and creativity, all important implications for the workplace." 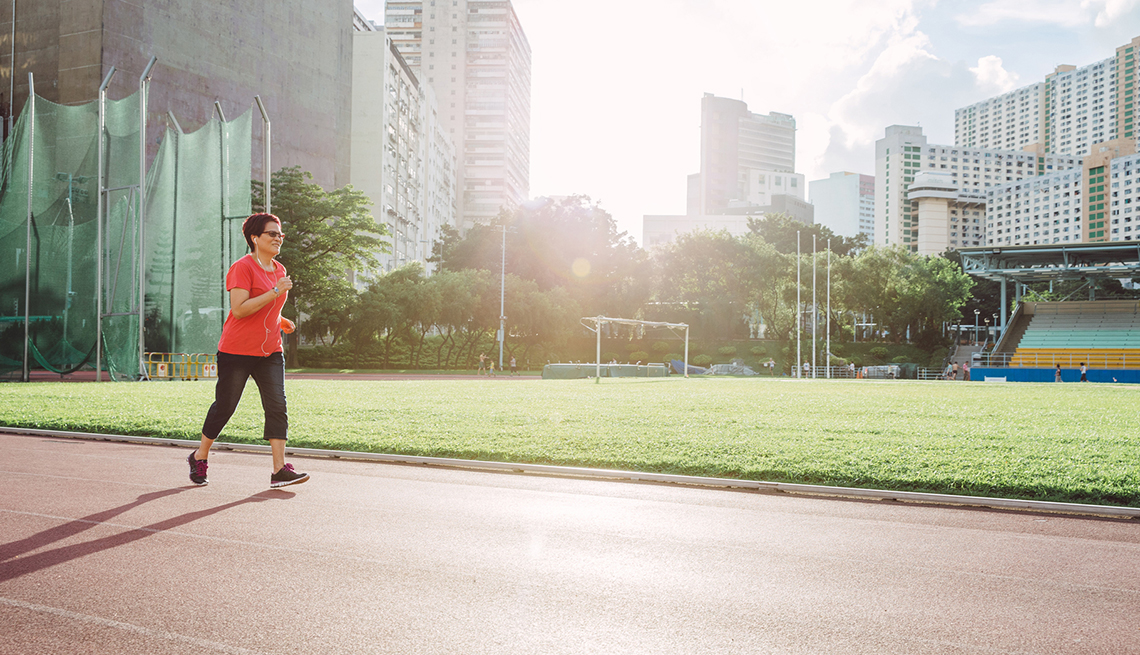 Finding imaginative ways to spur activity is critical. In an editorial in the Lancet, the prestigious journal where Lee’s research appeared, public health officials make a plea for more attention on the risks of sitting. Despite awareness, the rates of sedentary behavior worldwide haven’t changed much in the last four years. “The world needs to get serious about physical activity,” they write. “And that means money—for capacity in public health departments to undertake adequate surveillance, cross-sector partnerships, interventions, policy monitoring, and research, especially the cost-effectiveness of interventions.”

Without a more concerted effort, we’re unlikely to achieve the World Health Organization’s goal of reducing sedentary behavior by 10 percent by 2025.

For Lee, integrating physical activity into our daily lives means shifting our thinking away from “exercise = the gym” to small ways of adding more activity in every part of the day. “Our grandparents did a lot of physical activity without thinking of it as exercise. They walked to shops or bicycled, took the stairs instead of escalator/elevator, did a lot more work mechanically around the home instead of relying on machines,” she says. “If you integrate moving as part of your daily routine, you don’t think about it as exercise, but just living your life.”