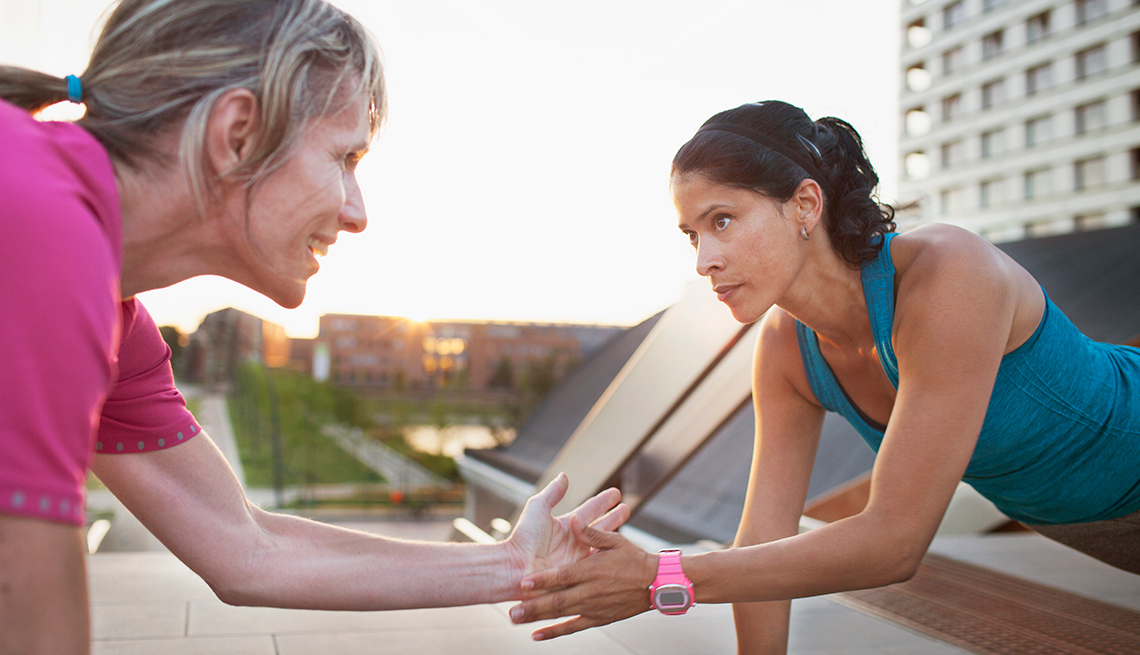 HIIT routines yielded the most benefits in reversing signs of aging within cells.

We all know exercise can help us stay healthy, but what about helping us stay young? Is there one type of workout that’s best at reducing the effects of aging?

Researchers with the Mayo Clinic think they may have an answer. Their new study suggests that interval training, rather than weight lifting, may be best at slowing down — or even reversing — aging at a cellular level.

High-intensity interval training — or HIIT — has become very popular in the last decade as a fast-paced routine that alternates between a short burst of intense aerobic exercise, such as sprinting or cycling at full speed, followed by a brief lower-intensity period. This pattern is repeated, usually for about 15 to 20 minutes, although some say even half that long is beneficial.

The benefits of briefly pushing your body to the max, then letting it recover, and then pushing it again, helps improve cardiovascular and respiratory health, reduce fat and control glucose, according to recent studies.

Researchers had two age groups of men and women — younger than 30 and older than 65 — who were randomly assigned to one of three 12-week routines doing either high-intensity interval cycling, strength training with weights or a modified combination of the two.

The HIIT group had the most strenuous routine, cycling three days a week, with four four-minute intervals of high-intensity cycling, followed by three-minute easy cycling intervals. Two days a week, they walked briskly on a treadmill for 45 minutes. The strength-training group did upper- and lower-body weight lifting exercises twice a week, while the combination training group did moderately paced steady cycling (no intervals) and lifted weights five days a week, but for less time.

The good news: All the exercise routines improved overall fitness, including better respiration, lower fat and increased insulin sensitivity, which translates to a lower risk of diabetes.

For older adults, however, the HIIT routine yielded the most benefits in reversing signs of aging within cells. The over-65 group had a dramatic 69 percent increase in cells’ ability to take in oxygen and produce energy; the under-30 group experienced a 49 percent boost.

The HIIT group, the researchers noted, registered larger cellular changes — especially in mitochondria and ribosomes, which are important for maintaining healthy cell function and also tend to deteriorate with age — “as well as reversal of many age-related changes.”

The takeaway, study author Sreekumaran Nair, M.D., a diabetes researcher at the Mayo Clinic told CNN, is that “any exercise is better than being sedentary.” But for older adults, interval training is “highly efficient” when it comes to reversing many age-related changes.