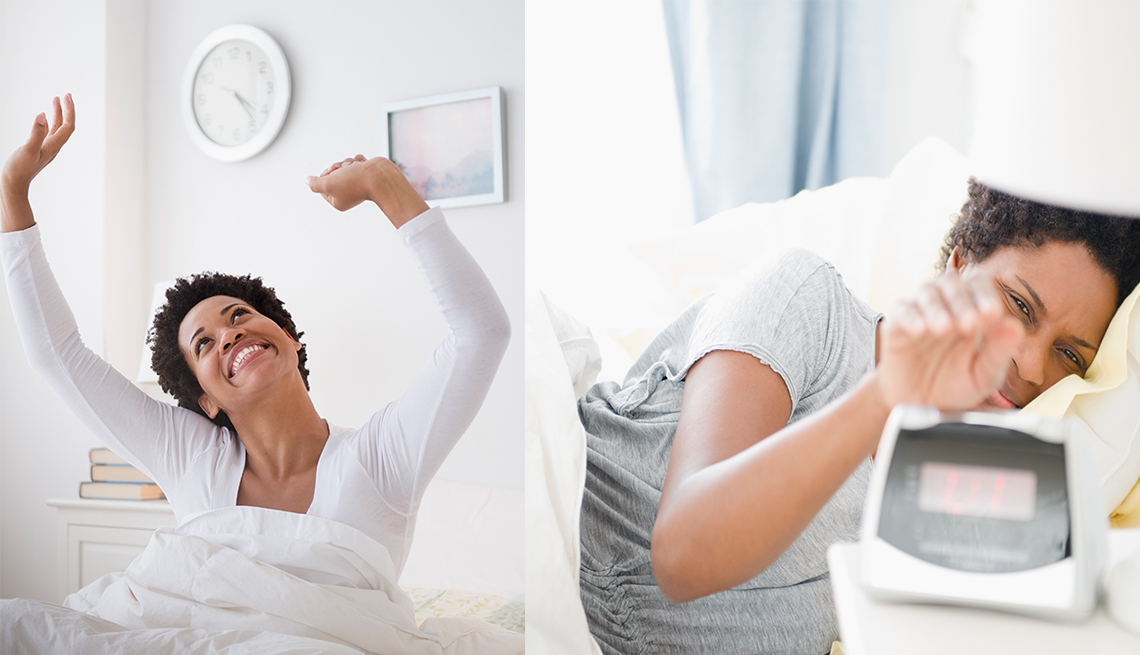 Most of us are somewhere in between early bird and night owl, but our tendency toward one or the other can still affect our relationships, health and jobs.

En español | Which do you tend to be, a morning lark or a night owl? Take this little quiz, based on recent studies, for some hints.

If most of your answers are a's, chances are that you are a morning person. If the b's describe you more, it's a good chance you tend to stay up late.

Most of us fall somewhere between these two extremes, but our tendency toward one or the other can still affect our relationships, health and jobs. And new research provides a clearer picture of how genes set our biological clocks at birth.

Research scientists at 23andMe, a California-based consumer genetic testing company, asked about 90,000 clients who had provided genetic material (saliva samples) to fill out an online questionnaire about their sleep behavior and whether they identified themselves as a morning or evening person. "We were looking for contrasts between the two groups," says David Hinds, the company's principal scientist in statistical genetics.

They identified 15 genetic markers linked to a predisposition toward being either an early bird or a night owl. The report, published in Nature Communications in February 2016, also found that seven of these genes were near genes that governed circadian rhythms, or our internal body clocks.

But if our predisposition toward getting up early versus staying up late is genetic, why do so many older adults consider themselves morning folks? Can we change our body clock as we grow older? To some extent, says Katherine Sharkey, M.D., associate professor of medicine at Brown University. Night owls tend to peak in their teens and 20s, she explains, and then become more larklike once they are working and raising families. And apparently, that tendency hangs on.

Sharkey notes two additional influences on our circadian rhythms: our response to artificial dark/light cycles and an internal body clock that does not run exactly 24 hours like watches and clocks. "Internal clocks can run 24.1 hours or 23.9 hours," she says. "If our internal clock runs longer than 24 hours, we are more likely to be a night owl, and vice versa," she says. There is also what is referred to as "social jet lag," or the lack of synchronicity between a person's biological clock and their environment. Early birds are more in tune with the 9-to-5 workday; night owls have a harder time with regular work hours but thrive on the night shift.

In the 23andMe survey, 56 percent of respondents considered themselves night owls. Anecdotal evidence suggests that when people are left to make their own schedules, those with a longer internal clock tend more toward being a night owl, says Sharkey. Older adults can also suffer from Advanced Sleep Phase Disorder, characterized by earlier and earlier bedtimes followed by "waking up in the wee hours of the morning, unable to get back to sleep," says William Devor, M.D., assistant chief of neurology at Kaiser Permanente in San Diego,

If you are a night person who wants to transition to a morning lark because your partner wants you to go for an a.m. walk or your office has a daily 9 o'clock meeting, try these tips.