En español l The truth is that we started out so strong. Flipping a Frisbee, pumping iron or feeling the burn, most of the 76 million boomers were poster children for health and fitness. Physical perfection was possible — what else could explain a single generation producing Bo Derek and Brad Pitt? 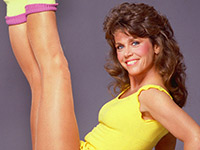 This interactive timeline features boomers that helped lead "the golden era of health."

"Baby boomers led an unprecedented fitness revolution, into a kind of golden era of health," says Kenneth H. Cooper, M.D., whose 1968 best-selling Aerobics put modern exercise on the map. In 1968, less than 24 percent of American adults exercised regularly; by 1984, that figure had risen to 59 percent. Cholesterol levels fell, and so did blood pressure. Deaths from heart disease plummeted 48 percent. And, in large part due to boomer mojo, the average life expectancy jumped from 69.7 years for those born in 1960 to 75.4 for those born in 1990, a huge gain.

What made our sweat special? It's not just that we wanted tight tushes, better health and eternal youth. (Of course, we did, but that's been true since before Spartacus rocked his squats and lunges.) It's that we fashioned fitness into a personal statement. "Our workouts became a sort of self-expression and a badge of honor," says Kathy Smith, 62, the fitness instructor whose best-selling workouts spanned disco-inspired dance to cardio-intense boot camps.

In fact, though, the early pressure on boomers to exercise didn't have any feel-good roots — it was caused by angst over the decreasing fitness of our nation's children. When 1950s research from New York University showed American youths were significantly less fit than their European counterparts, the feds sprang into action, notes Ed Thomas, a fitness historian and former instructor at the U.S. Army Physical Fitness School. President Dwight Eisenhower fretted. John F. Kennedy wrote a cover story for Sports Illustrated called "The Soft American." By 1966, Lyndon Johnson had established the first Presidential Physical Fitness Awards, all in the name of national fitness.

The boomer generation took that patriotic fervor a bit further, making exercise not just fun, but also an expression of pop culture. Gidget, Moondoggie and the Beach Boys popularized surfing. Gold's Gym opened in California in 1965, and Muscle Beach became the stomping ground for the famously buff, most notably Arnold Schwarzenegger. Running became the new religion, propelled by Frank Shorter's 1972 Olympic gold medal for the marathon. In 1968, America had 100,000 joggers. Just 10 years later, there were 27 million.

Befitting a generation in its reproductive years, exercise turned into a social scene. While there had long been sport-specific gyms, such as racquet clubs or pools, the 1970s gave us all-inclusive "health clubs," where guys and gals could meet attractive hard bodies — plus down a smoothie and get their glow on. Fitness's influence galloped into fashion, with leotards and Lycra moving from the gym to Studio 54's dance floor. (Remember leg warmers?)

And then came what Kravitz says was the real game changer: the exercise video, led by Fonda's famous leg-warmer "feel the burn" moves. "It meant people didn't have to go to a class or join a club," he explains. "It really changed the fitness landscape."

By 1987 — the apex of the golden age of our abdominals — 69 percent of American adults were regular exercisers. Many boomers pursued fitness careers, becoming personal trainers. Others harnessed their workouts to change the world, with groundbreaking AIDS bike rides and breast cancer walks raising millions for worthy causes. 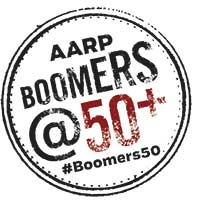 Then something strange happened. Boomers, once the peppiest generation, devolved from fit to flabby. Don't take my word for it. JAMA Internal Medicine recently revealed that boomers are far less fit than their parents were at the same age and are more likely to have diabetes or high blood pressure. Today just 35 percent of boomers exercise regularly; 52 percent have no routine.

What happened? Some blame our fast-food nation with its supersize portions. Kravitz points to the growth of personal technology, which encourages sitting and fiddling with small devices. "Exercise takes effort and time and energy," he says. "In our society we can work, play, entertain and communicate — all while sitting in the same chair."

Naturally, boomers think they're more active than they are. A new study in Medicine & Science in Sports & Exercise finds that people overestimate the amount of exercise they do by almost an hour a week, while underestimating the amount of time they spend sitting by almost two hours a week.

And then there are those irrefutable outcomes of middle age. "In 1990 the first wave of boomers were moving solidly into their 40s," says Smith. "That's a time in life when most people are really busy — with kids, careers, financial obligations, maybe even with aging parents."

And, of course, our own bodies were — and are — aging. Metabolism slows; muscles atrophy. Stuff happens. Knee-replacement surgery has doubled in the past decade, and tripled in the 45-to-64 age group, because of rising rates of obesity and some boomers' unwillingness to give up on their favorite exercise routines. "It's a big adjustment to realize you can't work out like you used to," says Cedric X. Bryant, chief science officer of the American Council on Exercise. No kidding. Easing back into a routine with simple walking and a few push-ups seems so … lame.

And while many boomers will likely find their way back to fitness under a doctor's orders, what we really need to do is rediscover one of the first tenets of fitness — what millions of us learned from Hula-Hoops, roller skates and Solid Gold: It's supposed to be fun. We don't need the surgeon general to tell us what we already learned from James Brown: "Get up offa that thing," sang the late, great Godfather of Soul. "And dance till you feel better."