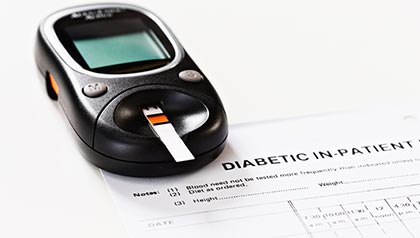 Find out how you can prevent getting diabetes.

En español | Diabetes is called the lifestyle disease for good reason. Your risk of getting the blood sugar disorder is reduced dramatically if you follow a healthy diet, exercise and control your blood pressure, weight and cholesterol. What else can you do? The latest research may surprise you. 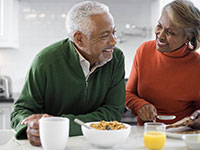 Eat breakfast to lower your risk of diabetes.

It doesn't matter if it's Pop-Tarts or last night's pizza: Eating something — anything — within two or three hours of rising, every day, reduces your risk of getting diabetes by 34 percent, new research finds. "What we suspect is that the consistency of eating a daily breakfast helps control appetite and caloric intake for the rest of the day, which helps prevent weight gain," says lead author Andrew Odegaard, a research associate at the University of Minnesota. Do opt for healthy food choices when possible. Among your best options: peaches, plums and nectarines. These stone fruits have bioactive compounds that can help prevent obesity-related diabetes and heart disease, according to breakthrough science presented at the August 2012 meeting of the American Chemical Society. 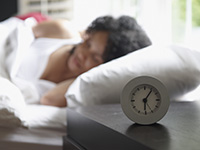 Not sleeping? You may want to check your blood sugar levels.

Sleeping less than six hours a night is associated with a 60 percent higher rate of diabetes, results from the Boston Area Community Health Pre-Diabetes Study show. Why? One theory is that when you're sleep-deprived, appetite-regulating hormones go a bit haywire. In a University of Chicago study, participants' cravings for sugary and salty foods, like cookies and potato chips, jumped by up to 45 percent after just two sleepless nights, because of a drop in the satiety-signaling hormone leptin and an increase in ghrelin, an appetite trigger. Lack of sleep also causes spikes in the hormone cortisol, which raises insulin levels and causes blood sugar imbalances. "The first strategy for a longer night's sleep is to get the TV, computer and smartphone out of the bedroom," says Rebecca Piccolo, a biostatistician at New England Research Institutes in Watertown, Mass. If you're already diabetic, new research suggests that getting treated for sleep apnea could help control your blood glucose levels. After meals, people with severe sleep apnea had blood glucose levels almost twice as high as did those without the condition.

Next: Swap out bologna for broccoli. » 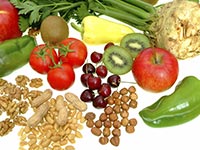 Add more fruits and veggies to your diet and avoid processed meats.

3. Swap out bologna for broccoli

Those who ate the most fruits and vegetables each week (typically six servings a day) had a 21 percent lower risk of developing diabetes over 11 years than did those who ate the least (typically only two servings a day), new research finds. Another study linked a diet that regularly includes processed meats to higher diabetes risk. "We found subjects who ate processed meats like hotdogs, breakfast sausages and luncheon meats at least twice a week had a 63 percent higher risk than did those who ate them less than twice a month. The reason could be that eating lots of cured meats is associated with greater weight gain and a higher obesity rate," says lead author Amanda M. Fretts, senior research fellow at the Cardiovascular Health Research Unit at the University of Washington in Seattle. What should you eat instead? A Mediterranean-style diet — with lots of fruits, vegetables and legumes — has been shown to reduce diabetes risk. 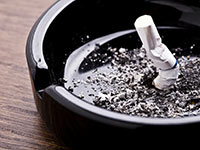 Don't light that cigarette! You can lower your diabetes risk greatly by quitting.

4. Throw away your cigarettes

Lighting up raises your likelihood of developing diabetes by 40 percent. Now new research finds that you can dramatically lower that risk by quitting. According to a study presented at the American Diabetes Association conference in Philadelphia in June, smokers who quit reduced their risk of developing diabetes to that of nonsmokers within 10 years. If you've been putting off quitting for fear that you'll pack on the pounds (another risk factor for diabetes), don't worry: "Our study found that as long as you don't put on more than 10 pounds, the benefits of quitting outweigh the risk of moderate weight gain," says lead researcher Karen Margolis, M.D., professor of medicine at the University of Minnesota Medical School. 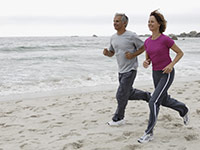 Regular aerobic exercise helps prevent diabetes in multiple ways: It keeps you trim, helps control your cholesterol and blood pressure, and regulates insulin production. Walking is the easiest way to get started, but if you're new to fitness and not ready for the recommended 10,000 steps per day, a study by Fretts' team at the University of Washington showed that adding just 3,500 steps a day was associated with a 29 percent lower risk compared with those walking less than that amount. A new study in the Journal of the American Medical Association also found that weight training was associated with a significantly reduced risk of developing diabetes.