Learn to spot and avoid common scams with the help of the AARP Fraud Resource Center. 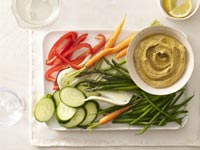