En español l With heart disease affecting an estimated 27 million adults — more than 8 percent of the U.S. population — researchers are racing to develop new treatments. Among the most promising: 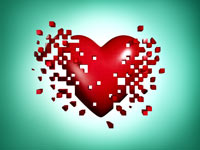 During most heart attacks, a blood clot forms and blocks one of the coronary arteries that feed the heart. This kills part of the heart muscle, turning it into scar tissue, which often leads to shortness of breath, weakness and a reduced ability to exercise.

See also: 6 mobile apps that help you monitor your heart

Today researchers at the Cedars-Sinai Heart Institute in Los Angeles are using a patient's stem cells to transform scar tissue into living heart muscle. The idea is simple: Harvest stem cells from an unaffected part of the heart, multiply them in the laboratory and inject them into the site of the injury, so they can take root and repair the damage.

Eduardo Marbán, M.D., and his colleagues have tested the procedure on 17 patients, and the results are striking. Heart attack survivors treated with their own stem cells within three months of an attack experienced a 50 percent reduction in scar tissue, on average, and all generated new heart tissue. If studies continue to show impressive results, heart patients will benefit from the procedure within four to five years, Marbán says.

The team is also testing the treatment using donor cells, which have worked well in experimental animals, Marbán reports. If donor cells work in humans, patients wouldn't have to undergo biopsies or wait for cells to replicate to receive treatment. The procedure might even work for patients who are in the throes of a heart attack, by preventing scar tissue from forming in the first place.

Marbán's team hopes to complete a study of 270 patients with donor cells by mid-2014. Depending on the results, donor cell treatment could be widely available in about 10 years.

When a donor heart is ready for transplant, it's typically packed in a picnic cooler with a bag of cold saline solution. Cheap and easy, maybe, but also inefficient, since donor hearts begin to deteriorate the moment they're removed from a person's chest.

Bruce Rosengard, M.D., vice president of The Medicines Co. in Parsippany, New Jersey, pushed to make the beating-heart transplant a reality. Here's how it works: A miniature heart-lung machine circulates donor blood through the heart until moments before it's stitched into a recipient's chest. Rosengard's team at Cambridge University's Cardiothoracic Specialty Hospital in England was the first to perform successful transplants using this method in 2006.

Recovery time is promising, too. In a European study, 19 of 20 patients who received beating-heart transplants were out of the intensive care unit in less than 24 hours; the 20th patient was out in under 48 hours. Standard transplants, by comparison, require two to three days in the ICU. To date, more than 140 patients worldwide have received this type of transplant (100 in Europe and 40 in the United States). If clinical trials continue to show impressive results, the technology could be approved by the Food and Drug Administration (FDA) and widely available by 2014.

Heart valves, like joints, break down over time because of wear and tear. And every year about 50,000 patients undergo complex open-heart surgery to receive new ones. Now doctors at Stanford University have developed a procedure to replace ailing valves without cutting open a patient's chest.

The procedure, called transcatheter aortic valve replacement, or TAVR, uses a catheter to guide the artificial valve to the beating heart through a small incision in the leg or between the ribs. "It's far less traumatic than open-heart surgery, especially for patients who are inoperable or high risk," says Alan C. Yeung, M.D., chief of the division of cardiovascular medicine at Stanford. In fact, surgeons can't perform the procedure if the person's heart is young and healthy. "We rely on defects in the heart — spots that are hardened — to hold the valve in place," he explains. The new valve expands and pushes the old valve aside.

The FDA approved the breakthrough procedure in 2011, after a two-year follow-up study showed it reduced the risk of death by more than 40 percent. A bonus: TAVR takes 30 minutes, and patients are awake and talking within a couple of hours.

Each year up to 40,000 patients would benefit from a heart transplant, yet only about 2,200 donor hearts are available. Artificial hearts are a time-tested alternative (they've been available since 1982), but the primary model, the Jarvik-7, requires the use of an external air compressor, and patients need maintenance surgeries.

A team at the Texas Heart Institute in Houston has introduced a new device, called a beatless heart, that pushes blood through the body at a steady rate, like a Jet Ski propeller. With no valves, flexible components or complex machinery, it acts less like a heart than a pair of turbines, says inventor William Cohn, M.D., director of minimally invasive surgical technology at the institute. "Our heart has only two moving parts floating in magnetic fields, spinning rapidly," he says. "So it doesn't burn out as fast as an artificial heart with multiple parts."

One oddity about the procedure: The beatless heart doesn't make a pulse. And without a pulse, doctors can't monitor heart rate. Nevertheless, Cohn's team has successfully implanted continuous-flow devices in more than 70 animals, primarily calves. He has even tested the procedure on one human patient, a man with multiple-organ failure. The device worked flawlessly for almost six weeks even as the man's liver and lung function continued to deteriorate. Family members finally asked Cohn to turn off the device so the man could die.

Plans are under way to test the device (and procedure) in a half-dozen human patients. If the technology shows promise, Cohn's team hopes to begin clinical trials soon after, though it predicts that FDA approval is several years away.