En español l About 7 million people are initially expected to buy health coverage through the Affordable Care Act marketplace in each state.

On the website (which, depending on where you live, will be HealthCare.gov or your state's own marketplace site) insurance companies compete for customers, and it's easy to compare prices.

In the coming weeks and months you'll see the marketplace — also known as the exchange — touted, attacked and discussed. How will the insurance marketplace affect your coverage? Here's what you need to know right now.

1. Will I have to buy my health insurance through a marketplace?

No, if you have health coverage, you won't have to change a thing. You won't use the marketplace if you're among the 85 percent of Americans who get their insurance through an employer or through Medicare, Medicaid, TRICARE or the Veterans Administration, or get employer retiree health benefits.

You'll use it if you're among the 15 percent of Americans who are uninsured. You may also use the marketplace if you can't afford your employer's plan. Members of Congress and their staffs also will buy their health insurance through the site.

(Tip: If you now buy your own insurance from a private company, you can use the marketplace.)

2. What's the reason for the new marketplace?

Under the Affordable Care Act that President Obama signed into law in 2010, starting in 2014 most Americans and legal residents must have health insurance or pay a tax penalty.

To help the uninsured buy insurance, the law requires there be an online marketplace designed to serve as a one-stop shop where people can compare and buy health insurance coverage from a number of companies. Using the appropriate state or federal website, consumers also can find out whether they qualify for a tax credit to help pay for their insurance — up-front financial help to immediately lower the cost of premiums — or whether they qualify for Medicaid, the federal-state health program for low-income people. 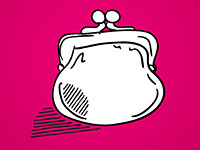 Encourage your children and family members to obtain health insurance. Send them a free e-card!

(Tip: Nobody has to use the marketplace to buy health insurance. Individuals can still deal directly with insurance companies, but subsidies to help pay for insurance will be available only to those who purchase polices through the marketplace.)

3. I work for a contracting business that doesn't offer me or the rest of its 22 employees health insurance. Will the owners have to do so now?

No, small businesses with fewer than 50 full-time workers don't have to offer insurance. If your employer doesn't offer insurance, you will be able to shop for an individual policy on the marketplace, where you may qualify for help paying your premiums.

4. How much financial assistance can I get to help pay for insurance?

When you use the marketplace, you'll find out whether you qualify for help with your monthly premiums, out-of-pocket expenses or both, depending on your annual household income, age and other factors.

Individuals with income up to $45,960 and couples with income up to $62,040 in 2013 — slightly higher in 2014 — may qualify; for those who do, the new tax credits can be sent directly to the insurance company. Many older people qualify for higher subsidies than younger men and women because insurance companies can charge older people higher prices. But with the financial help offered, they will pay the same out-of-pocket for their premiums as younger people.

For example, take two individuals — one a 51-year-old sales associate, the other a 60-year-old musician. Each is a nonsmoker who makes $45,500 a year and doesn't have employer health insurance. Each will pay about $360 a month of his or her own money for insurance premiums for a silver plan, the middle-tier marketplace plan, which covers about 70 percent of health care costs.

Next page: Do you qualify for financial help in the marketplace? »

5. I'm a 63-year-old widow making $50,000 a year. My employer doesn't offer insurance. Do I qualify for financial help in the marketplace?

No, unfortunately, your income puts you over the limit for help. You will be responsible for paying all of your premium costs.

Open enrollment runs Oct. 1, 2013, to March 31, 2014. People who enroll by Dec. 23 will have coverage as of Jan. 1. Enrolling after that means coverage begins about a month after signing up. The application form has just three pages for individuals and seven pages for families — much shorter than the typical insurance form. To get started, go to HealthCare.gov or telephone the 24/7 call-in number 800-318-2596.

(Tip: You'll learn what financial help you qualify for when you fill out your application. You can also learn about what the law means to you and your family at HealthLawAnswers.org.)

You can shop by phone at 800-318-2596. In many states, trained "navigators" will provide assistance. You also can shop with the help of licensed insurance agents and brokers.

(Tip: Foreign language assistance will be available in 150 languages.)

8. I have cancer, and my wife has diabetes and high blood pressure. Can we get insurance through the marketplace?

(Tip: The only exception is grandfathered individual plans — which someone buys directly, not through an employer. If you have such an individual plan with coverage restrictions and you develop a medical condition it won't cover, you can use the marketplace to switch plans.)

Only if you are not eligible for Medicare. The marketplace is primarily for people under age 65 who need insurance.

(Tip: If you have Medicare, or if you turn 65 in 2013 and enroll in Medicare, you don't need to buy insurance through the marketplace.)

10. I lost my job and now work part time. My employer doesn't offer insurance for part-timers. Can I use the marketplace?

Yes, and you may qualify for financial aid. For example, a single, 61-year-old nonsmoker making $35,000 would be eligible for a subsidy and pay about $277 a month in premiums for the mid-level silver plan.

Next page: Do you qualify for financial assistance? »

11. My employer offers insurance, but I can't afford to pay for my husband's coverage. Can I use the marketplace?

If you and your husband's total household income is $80,000, the cost of your own employee coverage must be more than $7,600 annually to get help paying for your premiums.

(Tip: Fill out the Employer Coverage Tool at healthcare.gov.)

12. Will I pay more or less for insurance when I buy through my state's marketplace?

That depends. An analysis by the Kaiser Family Foundation found prices varying widely from state to state. Several states, including California and New York, are projecting lower rates. Maryland and Connecticut also revised their estimates downward, by 33 percent and 36 percent, respectively.

A report by the U.S. Department of Health and Human Services found that the average silver plan many people are expected to buy may be much less expensive than anticipated in 11 states studied. Insurers are permitted to charge higher rates for older people — though less than what many companies charge older people now — and may charge smokers a 50 percent premium surcharge. But six states and the District of Columbia are prohibiting all or part of the smokers' surcharge.

13. What happens if I don't buy any kind of health insurance and remain uninsured?

You may have to pay a tax penalty on your federal income tax. The law exempts from penalty religious groups opposed to accepting insurance benefits, Indian tribes and people whose household income is below the threshold for filing a tax return, among others. The phased-in penalty for not having insurance in tax year 2014 is $95 per adult or 1 percent of income, whichever is more, and for a family, the higher of $285 or 1 percent of income.

(Tip: There's a grace period of three months every year, so you won't get fined if you are uninsured for short periods of time.)

Marsha Mercer is a freelance writer in the Washington, D.C., area who covers health policy.

Make a list of your questions: For example, "Can I stay with my current doctor? Will I be covered when I travel?"

Watch out for scammers: Don't give money or personal information to people who call or show up at your door, claiming to be from the marketplace

Bring your patience: This is a huge new program and — as when Medicare Part D prescription drug coverage was first rolled out — there have been glitches