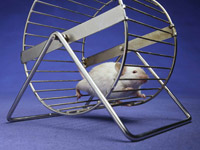 Q. If my health insurance company denies my claim, does the health care reform law make it easier to fight that decision?

A. Yes, the law provides you with new rights not only to appeal denials within your plan but, if the plan won't budge, you can get an unbiased decision from an outside review organization. And that decision won't merely be advisory, as it has been in some states. If you win, your insurer will have to pay for the benefit it denied.

The ability to appeal to an independent group of experts is a "key element" of the law, said Karen Pollitz, director of the new Office of Consumer Support in the U. S. Department of Health and Human Services. "When we talk about putting Americans back in control of their health care, this is a prime example of how," she said.

The law also creates consumer advocates in every state who can make sure you don't become hopelessly overwhelmed by incomprehensible rules.

Nearly everyone who has health insurance will be able to challenge an insurer's decision to deny a benefit, whether it is denied outright or reduced or terminated. For example, you can appeal if your insurer decides:

After July 1, insurers are required to clearly state the reasons for the denial. They must also explain in plain English — and not in the fine print — how to appeal the decision both within and outside the plan, as well as also provide contact information for the consumer assistance office or ombudsman. In areas of the country where a significant portion of the population speaks a language other than English, the denial and appeal information must be provided in that language.

You have 60 days from the time you receive the notice of denial to file an internal appeal with your plan, and four months from the time you receive the denial notice to file an external appeal. Until July 1, you can contact your plan or your state department of insurance for more details. (To find your state insurance department, call the National Association of Insurance Commissioners' consumer hotline at 1-866-470-6242. )

If you are among the majority of Americans who get health coverage through their job, the new appeals system will be very different from what you had, says Timothy Jost, a professor at Washington and Lee University School of Law, and a consumer representative to the National Association of Insurance Commissioners.

The new system is particularly significant for those whose companies' plan are self-funded, Jost says, "because historically they haven't had many options. You could appeal internally but you're basically appealing to the people who denied the service in the first place. You could go to court but going to court was expensive, it meant getting an attorney, and once you got to court, you couldn't submit new evidence."

Some 44 states currently require some form of outside review, but what can be appealed varies. A study Pollitz produced as a Georgetown University researcher found that few patients used the system and that insurers won 45 percent of the time.

Under the new rules, the independent dispute resolution group is required not just to review the plan's decision but also, says Jost, to examine the matter with "a set of fresh eyes." You will be able to present new evidence, and then they will make their own decision.

The new appeals process applies to individual and group plans that started or renewed after Sept. 23, including employers that self insure (paying claims from their own funds instead of through an insurance company). However, "grandfathered" plans in existence when health care reform became law on March 23, 2010, are exempt from these and other provisions so that people who liked their coverage would be protected. (See this previous column for more details about grandfathered plans.)

But the right to appeal doesn't matter if you still don't know how to begin or are reluctant to fight your insurance company alone. That's why Congress also provided $30 million in grants for states to set up or expand consumer assistance programs to help you navigate the process as well as to educate the public about how to obtain health coverage. Missouri, New Hampshire, New Mexico and Ohio will use their grants to create a new state health insurance ombudsman or health consumer advocate office.