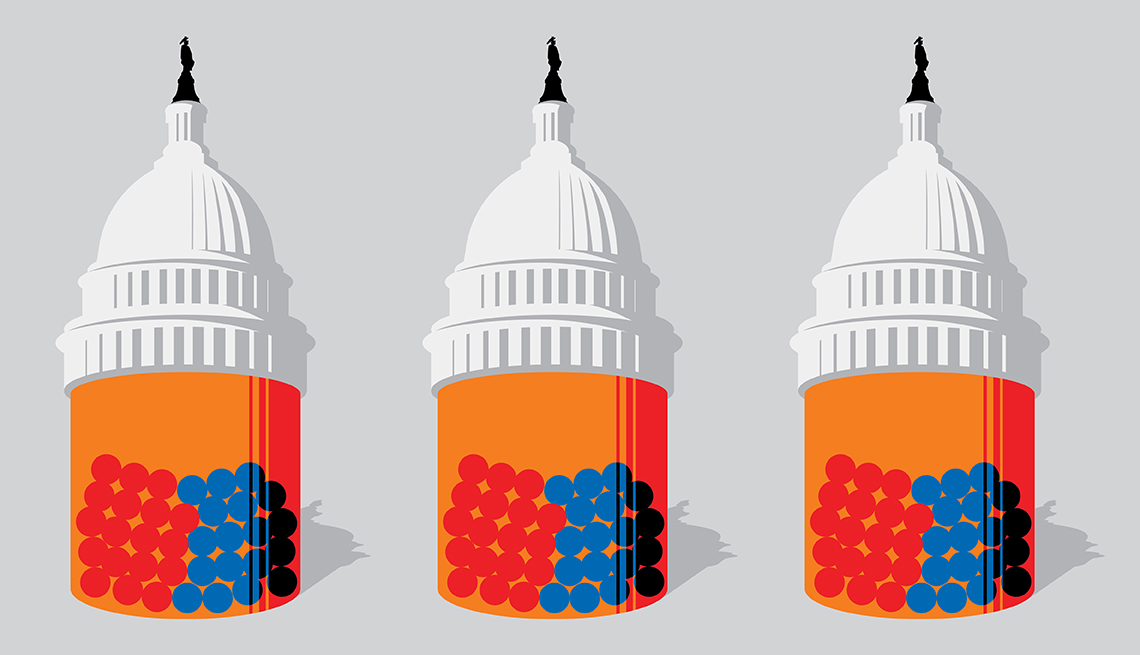 En español | At a nighttime rally in Louisville, Ky., in late March, President Trump revisited a favorite campaign topic: the high cost of drugs. "Medicine prices will be coming way down," he promised. "Way, way, way down."

The new Congress appeared to match the president's fervor for taking on high drug prices, introducing several bills aimed at cutting the cost of prescription pharmaceuticals.

But no clear path to reduced costs has yet emerged. Here's what policymakers are doing today to address high drug costs.

The president has had meetings with drug company executives, at which he said "price fixing" would stifle innovation. Administration officials say he thinks costs can best be cut by speeding up the FDA approval process for drugs and devices.

Trump is "enthusiastic" about some of the reforms, including the idea of having drug companies negotiate with Medicare, said Rep. Elijah Cummings (D-Md.).

But these proposed laws face headwinds. The pharmaceutical industry and some Republican lawmakers have opposed drug importation. They say imports would cut away at profit margins that enable companies to seek cures for grave illnesses and could jeopardize patient safety. And the industry, along with allies in Congress, opposes measures that would speed up the process of getting generic drugs on shelves. Without today's 20-year patents, they say there would be no financial incentive to produce needed but costly drugs.

State governments are deeply involved in the drug-price battle. Many are moving forward with their own cost-containment remedies.

Why Your Drugs Cost So Much

Next: Lower Your Costs

AARP Members Enjoy Health and Wellness Discounts: You can save on eye exams, glasses, pharmaceutical products, hearing aids and more