It doesn’t have to be strenuous to be beneficial, a large study finds 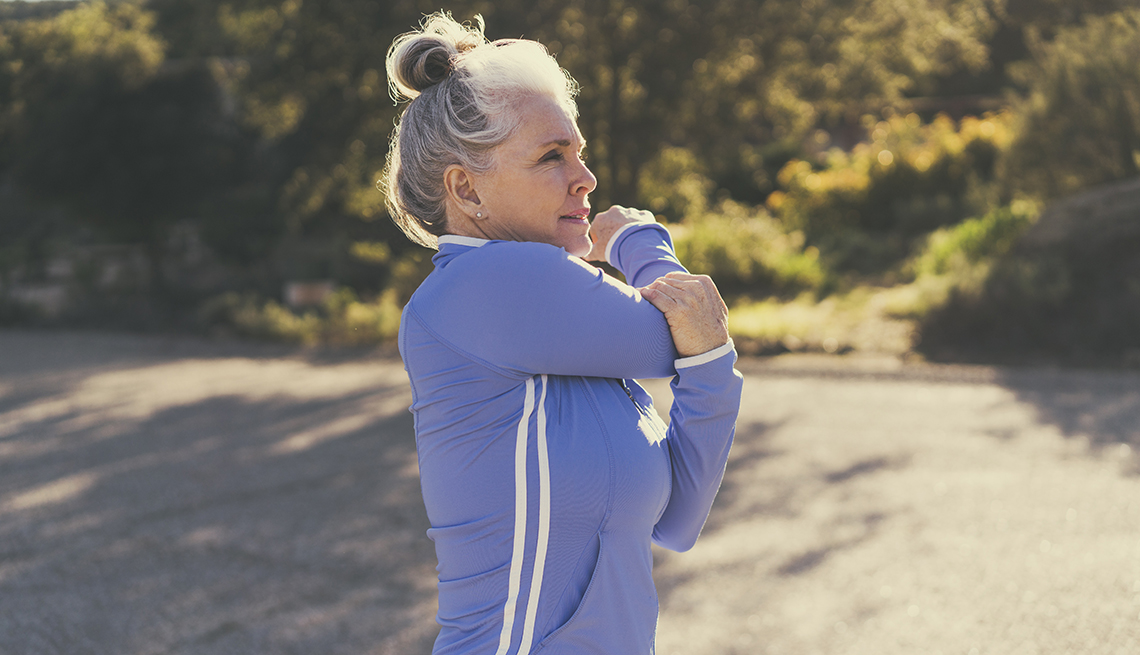 While scientists continue to search for effective drug therapies that can help treat Alzheimer’s disease and related dementias, researchers are finding that a relatively low-tech tool may be able to slow decline in older adults experiencing memory or thinking problems: exercise.

In a randomized controlled trial, nearly 300 sedentary adults with mild cognitive impairment (MCI), a condition characterized by memory loss and confusion that is sometimes a precursor to dementia, were split into two groups: Half engaged in aerobic exercise and the other half took up stretching and balance exercises.

Both groups worked out four days a week for about 30 to 40 minutes per day, and half of the exercise sessions were supervised by personal trainers. After 12 months, study participants in both the aerobic exercise group and the stretching group showed no signs of cognitive decline, which is atypical given their condition. For comparison’s sake, older adults with mild cognitive impairment in another study group who didn’t have an exercise intervention showed significant cognitive decline over 12 months, the researchers found. The results were presented Aug. 2 at the Alzheimer’s Association International Conference in San Diego.

“We’re excited about these findings because I think this intervention and the type of exercise that we’re seeing that can protect against cognitive decline is accessible to everyone and therefore scalable to the public,” says Laura Baker, associate director of the Wake Forest Alzheimer’s Disease Center and principal investigator on the so-called EXERT study.

EXERT is the longest and largest trial looking at the impact of exercise on mild cognitive impairment to date, and researchers say the greater “volume” of exercise may have provided more brain benefits, regardless of the intensity. What’s more, both the intensive exercise group and the less-intensive exercise group had a socialization aspect “which may have contributed to this protection,” the study authors write. Research has shown that staying socially active can be a boon for the brain and may reduce the risk of cognitive decline.

These latest findings, which have yet to be published in a peer-reviewed journal, add to a growing body of research that finds heart-healthy habits, like staying physically active, controlling high blood pressure and eating nutrient-rich foods, are important not just for the heart but for the brain, too.  ﻿

In a 2016 report from the Global Council on Brain Health titled “The Brain-Body Connection,” experts working with AARP discussed existing evidence showing that exercise benefits the structure and function of the brain. But the council called for more research to determine if exercise could actually reduce the risk of brain diseases that cause dementia.

The Six Pillars of Brain Health

What can you do to help your brain?

“It is tremendously exciting that this new research demonstrates that a common precursor to dementia, mild cognitive decline, can be prevented or delayed in older adults who become more physically active, even with just moderate exercise activity,” said Sarah Lenz Lock, senior vice president of policy at AARP and executive director of the Global Council on Brain Health. “This should help inspire the roughly half of older Americans who do not exercise that simply regularly moving more throughout the day can have huge benefits for their health.”

Other behaviors such as managing blood sugar, maintaining a healthy weight, correcting hearing loss and treating depression can also have an impact on brain health, research suggests. In fact, the Centers for Disease Control and Prevention estimates 40 percent of all cases of Alzheimer’s disease and related dementias can be prevented or delayed with the adoption of healthy habits such as these.

“There is increasing evidence that our health overall greatly impacts our brain,” says Maria C. Carrillo, chief science officer at the Alzheimer’s Association. And when it comes to treating dementia, she says a combination approach — one that factors in lifestyle changes and targeted drug therapy, for example — may be the future.

“Alzheimer’s is a very complex disease, and it will require a complex answer,” Carrillo says.

For now, however, effective drug therapies remain elusive. Scientists are studying an array of potential candidates to stop or slow the progression of the disease, and clinical trial results from two highly anticipated therapies are expected by the end of the year.

Several federally approved medications help manage the symptoms of dementia, and one drug, called Aduhelm, or aducanumab﻿, has received accelerated approval from the Food and Drug Administration for its potential to disrupt the disease process, though it has not yet been shown to affect clinical symptoms or outcomes, the National Institute on Aging says.

In the meantime, Baker says that the results of EXERT “suggest that regular supported exercise needs to be part of the prevention strategies for dementia.”

Exercise Helps Your Brain at Any Age
%{postComment}%

The Surprising Impact of Racism on the Brain

Don’t Shy Away From Cognitive Screening