Monkeypox declared a public health emergency. Here’s what you should know about this disease once rarely seen outside Central Africa 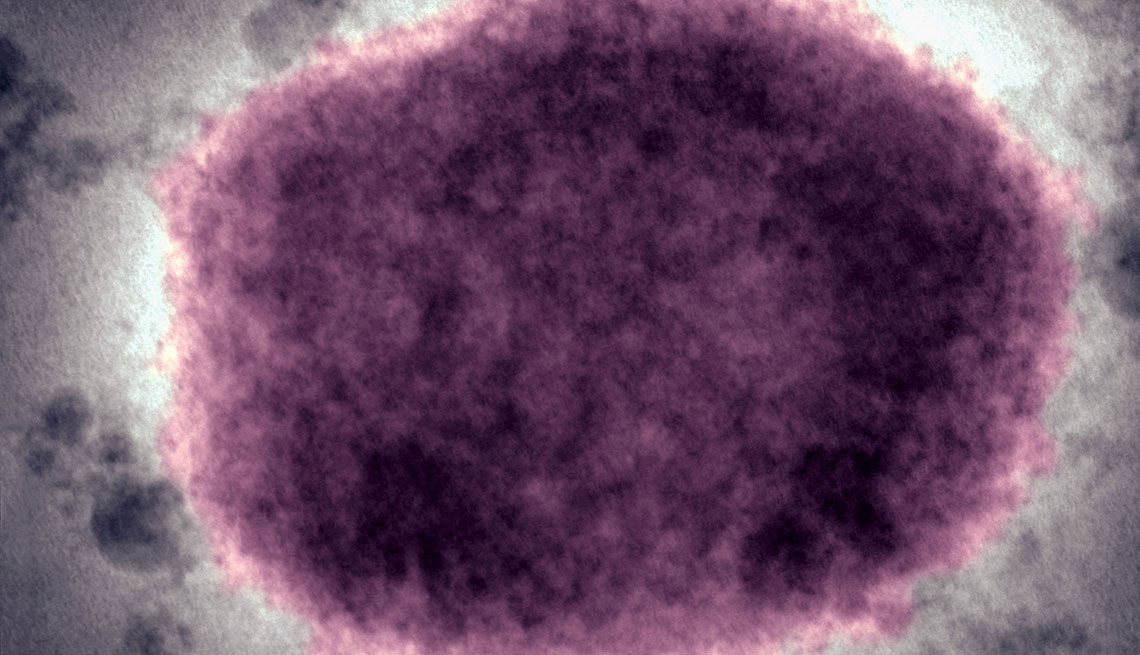 BSIP/UIG Via Getty Images
By:

The Department of Health and Human Services (HHS) on Thursday declared monkeypox a public health emergency to bolster the federal response to the disease as the number of reported cases continues to climb.

“We’re prepared to take our response to the next level in addressing this virus,” HHS Secretary Xavier Becerra told reporters. “And we urge every American to take monkeypox seriously and to take responsibility to help us tackle this virus.”

The declaration frees up federal money and other resources to fight the virus, which may cause fever, body aches, chills, fatigue and pimple-like bumps on many parts of the body, according to the Associated Press.

Since mid-May, the Centers for Disease Control and Prevention (CDC) says more than 6,600 probable or confirmed cases have been detected in 48 states, Puerto Rico and the District of Columbia. No cases have been reported in Montana or Wyoming.

The World Health Organization (WHO) last month declared the outbreak a global emergency — its highest level of alert.

WHO Director-General Tedros Adhanom Ghebreyesus made the decision to ensure that the world takes the current outbreaks seriously. California, New York, Illinois, New York City and San Francisco have all recently declared monkeypox a public health emergency, according to The New York Times.

Early data suggests that gay, bisexual and other men who have sex with men account for a high number of the cases. But anyone who has been in close contact with someone who has monkeypox is at risk, according to the CDC. The WHO’s top monkeypox expert, physician and epidemiologist Rosamund Lewis, said that 99 percent of all the monkeypox cases beyond Africa were in men and that of those, 98 percent involved men who have sex with men, according to the Associated Press.

Health officials are urging people who suspect they may have the disease to see a physician and get tested. “Many of these global reports of monkeypox cases are occurring within sexual networks,” Inger Damon, M.D., director of the CDC’s Division of High-Consequence Pathogens and Pathology, said in a statement. “However, health care providers should be alert to any rash that has features typical of monkeypox. We’re asking the public to contact their health care provider if they have a new rash and are concerned about monkeypox.”

A relative of smallpox and cowpox, the monkeypox virus was first discovered in 1958, when two outbreaks of a poxlike disease occurred in colonies of monkeys kept for research, according to the Center for Genome Sciences at the U.S. Army Medical Research Institute of Infectious Diseases. The first human case was recorded in 1970 in the Democratic Republic of the Congo.

The largest previous U.S. outbreak of monkeypox occurred in 2003, when 47 cases were reported in the Midwest among individuals who became ill after having contact with pet prairie dogs that had been housed near a shipment of small mammals from Ghana. Tests confirmed that among those mammals, two African giant pouched rats, nine dormice and three rope squirrels were infected with monkeypox virus, according to the CDC.

What are the symptoms?

Monkeypox symptoms typically begin about a week or two after infection, according to the CDC.

Soon after experiencing a fever (typically within one to three days, but sometimes longer), people infected with monkeypox develop a rash, often beginning on the face﻿, then spreading to other parts of the body. As with smallpox, pimples form that become pus-filled and leave pockmarks upon healing. Most infections last two to﻿ four weeks.﻿

But a new study, published in The Lancet Infectious Diseases, found that primary symptoms of monkeypox have shifted in the current outbreak, with individuals more likely to have genital rashes and less likely to have fatigue and fever than in previous outbreaks.

How does it spread?

Human-to-human transmission is thought to occur primarily through large respiratory droplets inhaled during prolonged face-to-face contact. “Other human-to-human methods of transmission include direct contact with body fluids or lesion material and indirect contact with lesion material, such as through contaminated clothing or linens,” according to the CDC. The latest outbreak, however, “has been transmitted primarily by close skin-to-skin contact,” according to ﻿W﻿H﻿O.﻿

The latest UK study affirms that sexual contact is likely the most common way that monkeypox is currently being transmitted.

Forty-seven of 52 men who answered questions on recent sexual history said they had at least one new sexual partner in the three weeks prior to symptoms. Twenty-nine of the 52 had more than five sexual partners in the 12 weeks before their monkeypox diagnosis, according to the press release.

Unless you are traveling outside the U.S. or come in direct contact with an infected person, you are at little risk of developing monkeypox, according to health officials.

Still, there are things you can do to reduce your risk if you plan to travel in West and Central Africa, the United Kingdom’s National Health Service advises.

The latest CDC information on monkeypox is available at cdc.gov/monkeypox.

Editor's note: This story, originally published May 26, 2022, has been updated to include new information.

Peter Urban is a contributing writer and editor who focuses on health news. Urban spent two decades working as a correspondent in Washington, D.C., for daily newspapers in Connecticut, Massachusetts, Ohio, California and Arkansas, including a stint as Washington bureau chief for the Las Vegas Review Journal. His freelance work has appeared in Scientific American, Bloomberg Government, and CTNewsJunkie.com.

What Are Omicron's Symptoms?

Early ﻿reports highlight how the variant differ﻿s from delta

Facts behind the painful disease, including how you can help prevent it​

What to Know About the Latest Subvariants