5 Things to Know About IBS

Abdominal pain, bloating and a change in bowel habits warrant a call to your doctor 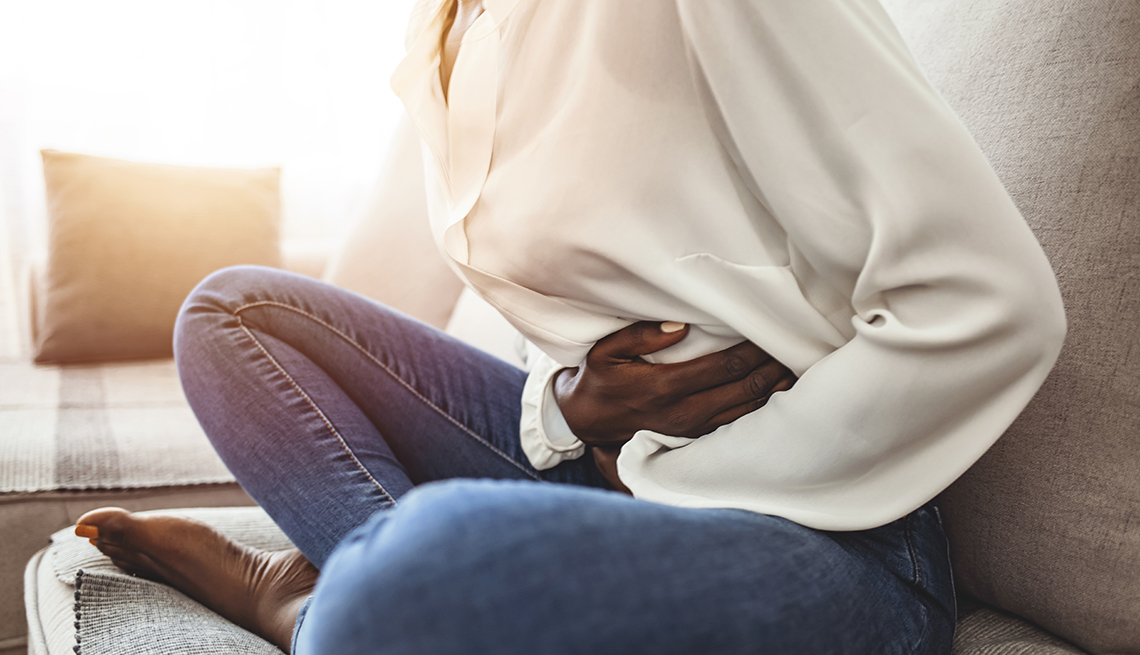 People with irritable bowel syndrome, or IBS, have a gut that won’t behave, even when it seems like there’s nothing wrong.

The intestinal tract of someone with IBS looks healthy in a colonoscopy, and tests that would flag cancer or an autoimmune disorder come back normal — yet the millions of U.S. adults who battle the digestive disorder feel anything but.

Curious about the symptoms of IBS and how to treat it? Here are five things you need to know about the common chronic condition.

1. Symptoms can vary from person to person

IBS shows up in different ways for different people: Some get diarrhea, some have constipation. Others alternate between the two. A regularly bloated tummy after meals can be a sign of IBS — so can persistent cramping and stomach aches.

Bottom line: If you’ve got abdominal pain, bloating and a change in bowel habits, go see a doctor, said Eric Shah, M.D., a gastroenterologist and researcher at the Dartmouth Geisel School of Medicine in Hanover, New Hampshire.

The sudden onset of more severe symptoms, such as blood in your stool, vomiting, weight loss or fever﻿, could be a sign of a more serious illness that requires prompt medical attention.

For years, IBS was called a functional disorder, meaning that while the body’s normal activities are impaired, medical tools don't pick up any structural abnormalities. This description made treatment challenging — how to treat something you can’t detect? — and was frustrating to some patients, said Kendra Kamp, an assistant professor of nursing at the University of Washington.

“Some of them felt overlooked by the health care community,” explained Kamp, the author of numerous papers on IBS and other gut disorders. “It’s like, you have this label of IBS and that means we don’t know what to do with you.”

But science is getting closer to understanding the reasons why people feel gut pain and discomfort, absent traditional markers of disease, and it turns out the brain may play a role. Researchers have begun to examine how the central nervous system (the spinal cord and the brain) communicates with the enteric nervous system, which controls the digestive system. Their findings indicate that when the gut is irritated, the brain hears about it.

“We think in all [IBS] patients there’s some degree of disordered function in this gut-brain network,” said Greg Sayuk, M.D., a Washington University School of Medicine professor who studies IBS.

A few years ago IBS was renamed a disorder of brain-gut interaction, or DBGI — a reflection of a more nuanced understanding of this issue. Researchers, for example, now routinely look at how the brain and the digestive organs interact with all the fungi, bacteria and viruses living in the body, known as the microbiome.

"We are now relearning that they are integrated; that it’s not brain or gut, but it’s both, and that they are communicating," Kamp said.

The brain-gut connection is one reason why some IBS patients turn to behavioral medicine techniques to help manage their symptoms — but more on this later.

3. Women are more likely to suffer from IBS than men

IBS can plague people of any age, but symptoms typically appear for the first time before age 50, Shah said. And for women — who are up to two times more likely than men to develop IBS — rates start to tick up once puberty hits, begging the question of how IBS might be related to sex hormones, Kamp said.

One recent study found that IBS pain is more severe in postmenopausal females than in either men or menstruating women. Lin Chang, M.D., a gastroenterologist at University of California, Los Angeles and coauthor on the study, is now conducting federally funded research comparing the brain-gut-microbiome interactions in premenopausal versus postmenopausal women. The researchers’ hypothesis, she said, is that when estrogen levels dip (as they do in menopause, as well as during various points in the menstrual cycle), that leads to greater dysregulation of brain-gut interactions, affecting the microbiome. This in turn could lead to bloating, pain, changes in the stool or stool frequency — basically, an increase in IBS symptoms for those who already suffer from it.

4. Infections and stress can spark IBS

The precise cause of IBS isn’t known, but many factors appear to play a role in its development.

Some cases come on after a bout of food poisoning or a bad stomach bug. “But a lot of people get food poisoning and they don’t all get IBS,” Chang said. Risk factors for getting this type of IBS, known as postinfectious IBS, include being young, being female, having a more severe infection, being under stress at the time, and having a history of anxiety or depression, Chang said.

IBS can start other ways, too. Researchers increasingly believe that for many patients, the stage for the disorder is set early in life, Sayuk said, but may go dormant until an event or issue ﻿— like a stomach bug, stress, anxiety or even sleep deprivation ﻿— sets a patient’s symptoms off again.

5. Medication and lifestyle changes can help

IBS can’t be cured, but it can be managed with certain medications and lifestyle modifications.

There are drugs that can treat IBS, but they don’t work for everyone, said Darren Brenner, M.D., a gastroenterologist and researcher at Northwestern University Feinberg School of Medicine. For those who primarily suffer from diarrhea, a two-week course with the antibiotic rifaximin can bring relief. Longer-term medication regimens can be prescribed for people who deal with constipation.

Other treatments — many of which target the mind in an attempt to calm its reaction to the body’s signals — include meditation, cognitive behavioral therapy, acupuncture﻿ and even peppermint oil pills. Your doctor may also recommend a change in diet, including an eating plan that cuts out certain carbohydrates known to trigger IBS symptoms. Avoiding foods and drinks that cause gas can also help curb symptoms in some — so can going gluten-free.

Because the science surrounding IBS remains imprecise, so are the treatments. Shah recommends testing out one new treatment at a time, be it a therapy﻿, diet﻿, drug or whatever. “Then you give it two to three months to see if that one thing is going to work,” he said. Whether it does or doesn’t, if you’re still looking for improvement, add on or try something else.

﻿Finally, pay attention to the latest research on the topic because scientists are learning more about the condition all the time. “There’s going to be some big stuff,” he said. “We’re really looking forward to the next five to 10 years, in seeing what we can achieve.”

They can signal cancer, COVID-19 or another serious disease

How to boost your own microbiome / Hope you like sauerkraut!

How Pandemic Stress Can Hurt Your Health