What You Need to Know About ‘Flurona’ This Winter

The COVID-flu combo has been detected in a few countries, including the U.S. Here’s how you could prevent it 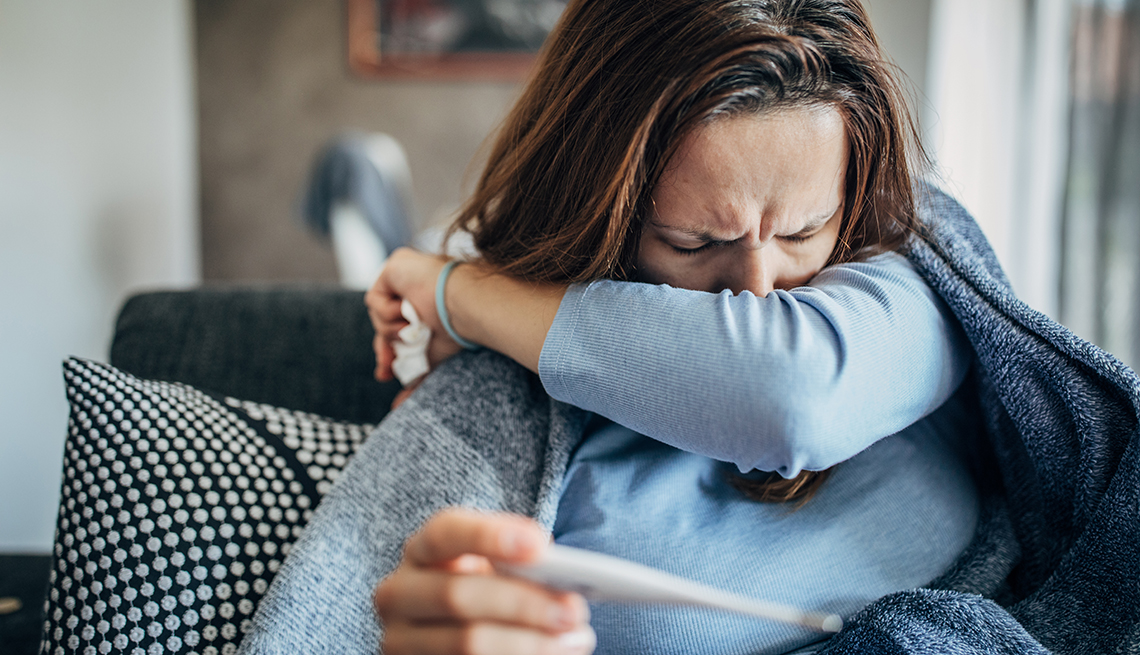 With all eyes on omicron and the new wave of infections and hospitalizations the coronavirus variant is causing, chances are you’ve forgotten about the flu. But influenza is alive and kicking in the United States — there have been about 30,000 cases reported since October, according to the Centers for Disease Control and Prevention (CDC).

Since the start of the pandemic, doctors and public health experts have warned about the dangers of a “twindemic,” where dual rising cases of COVID-19 and flu overwhelm hospitals. But in 2022, a new worry has emerged: “﻿flurona,” a simultaneous infection of both respiratory viruses. (In other words, it’s when you test positive for flu and COVID-19.) ﻿In late December, an unvaccinated pregnant Israeli woman was﻿ hospitalized with both illnesses. Since then, a handful of cases have surfaced, including in the U.S., mainly among children and teenagers.

The truth is, flurona is nothing new. A review published last year in the journal Frontiers in Medicine found that the frequency of influenza virus coinfection among patients with COVID-19 was 4.5 percent in Asia and 0.4 percent in the U.S. “It’s not surprising that we would see more coinfections this season, given the fact that most people are no longer isolating and are out and about in their communities,” says Greg Poland, M.D., founder and director of the Vaccine Research Group at the Mayo Clinic.

While most cases of flurona have been mild, there’s always heightened concern when it comes to older adults, who are more vulnerable to the effects of both the flu and COVID-19, Poland adds. Up to 85 percent of all flu deaths occur in people age 65 and older, and they ﻿account for up to 70 percent of all seasonal flu hospitalizations, according to the CDC. Likewise, the risk of getting very sick and requiring hospitalization from COVID-19 increases even among people in their 50s, with the greatest risk among those 85 and older.

Flu infections tend to peak in January and February, which may make it more likely that you’ll come down with the flu, either alone or as part of a coinfection, says Albert Shaw, M.D., professor of infectious disease﻿s at the Yale School of Medicine. Here’s how to stay safe this winter.

1. Make sure you’re up to date on all your vaccines.

If you haven’t received your COVID-19 booster (and only about half of U.S. adults over the age of 50 have), now’s the time to do it, Poland s﻿ays. The highly transmissible omicron variant, which is the dominant version of the coronavirus circulating in the U.S., has characteristics that make it better able to sidestep some of the protections offered by the standard vaccine series. But research shows a booster dose can ramp up your defenses against the virus.

And while you’re at it, get your flu shot, too. You can even get both at the same time to save repeat trips to the pharmacy, Shaw adds. While record numbers of people lined up for the flu vaccine last year, ﻿fewer did so this year, with less than half of all adults rolling up their sleeves. There are two types of flu shots designed for older adults: the Fluzone High-Dose and Fluad Quadrivalent, both of which could compensate for the weaker immune response that comes with age.

Another shot to consider if you’re over age 65: ﻿the pneumonia vaccine, which can help prevent the lung infection — also a common flu and COVID-19 complication among older adults.

If you’re still wearing a standard cloth mask, it’s time for an upgrade.

Poland recommends all older adults wear N95 or KN95 masks, also known as respirators, whenever they’re outside the home, especially in indoor public areas, to protect against both viruses. These types of masks are best at filtering out virus-size particles.

Also, avoid risky scenarios when possible. “Just given the level of transmission we’re seeing with omicron, I’d recommend avoiding situations where you’re unmasked, like indoor dining, and crowded events like concerts or lectures,” Poland says. If you’re considered ﻿ high﻿er risk for either flu or COVID-19 — for example, you have chronic conditions such as heart disease or type 2 diabetes — Poland recommends staying home as much as possible until both flu and COVID-19 numbers begin to drop.

While there’s been less of an emphasis on handwashing after it was discovered that the virus that causes COVID-19 is primarily airborne, it’s still an important preventive measure, including for colds and flu, says Michael Hochman, M.D., a Los Angeles internist and host of the Healthy Skeptic﻿, MD podcast. In fact, handwashing can reduce respiratory illnesses by up to 21 percent, according to the CDC. Just remember to scrub your hands with warm soapy water for at least 20 seconds to effectively remove germs.

What to do if you get sick

If you do develop symptoms of either COVID-19 or the flu — think fever, cough, shortness of breath, sore throat, stuffy nose, headache or muscle aches — you may just assume that you need to get a COVID test. But in reality, you want to be screened for both COVID and the flu, Poland says.

“It’s a good idea to be tested for both, since you may need different treatments,” he ﻿says. Most of the time, both the flu and COVID-19 can be managed at home with rest, fluids and an over-the-counter pain reliever to reduce fever and body aches. But if you do have the flu, you can talk to your doctor about a prescription antiviral drug like oseltamivir phosphate (Tamiflu), which may lessen the severity and shorten the duration of symptoms. For COVID-19, options for high-risk patients include monoclonal antibodies as well as the new antiviral pills from Pfizer and Merck. Both therapies have been in short supply under omicron’s crush, but health officials expect shortages to resolve ﻿in the coming months.

It’s not clear yet if a coinfection with flu and COVID-19 is worse than either alone. “For young healthy people, it usually isn’t a big deal. Their bodies have a strong immune response that fights both bugs off,” Hochman ﻿says. “But if you’re older, with a less robust immune system, and you have other chronic conditions such as diabetes or kidney disease, you may end up sicker than if you just had one virus alone.”

A 2021 study published in the journal Cell Research found that mice co﻿infected with influenza and COVID-19 had higher viral loads and were more likely to experience lung damage than those infected with just COVID-19. But other﻿ research is more reassuring: A May 2021 study of hospitalized people published in the Journal of Medical Virology showed no difference in outcomes in people wit﻿h coinfection versus people with just COVID-19.

Finally, remember that a healthy lifestyle, including getting enough sleep and engaging in regular exercise, can help boost immunity. “It’s not like a switch just goes off the day you turn 65 and you’re suddenly much more at risk for flurona,” Poland ﻿says. “A vaccinated 55-year-old who’s obese is much more likely to develop complications than a vaccinated 70-year-old marathon runner. That’s why it’s important to stay in good health year-round, not just during flu and COVID season.”

What to know if you have risk factors like heart disease, diabetes or cancer — with news on red-flag symptoms to watch out for

7 Things We've All Learned About Vaccines