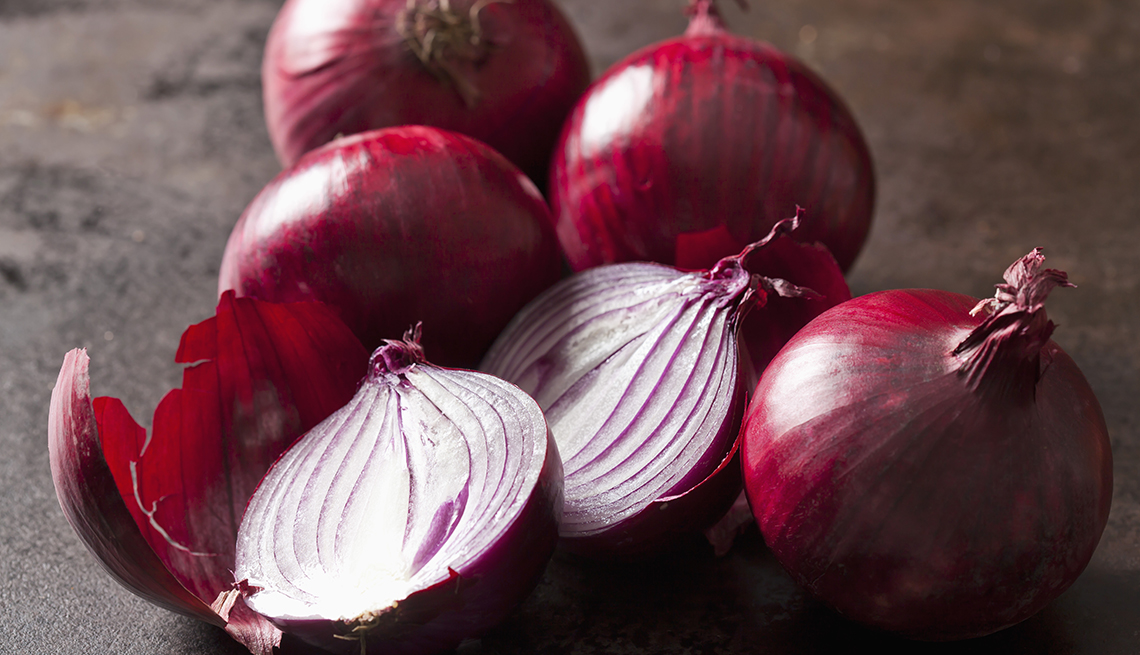 The Centers for Disease Control and Prevention (CDC) has identified red onions as the likely cause of an outbreak of salmonella infections that has infected people in every state except Louisiana, Oklahoma, and Vermont. As of August 31, there were 1,012 cases, resulting in 136 hospitalizations No deaths have been reported.

The likely source of the red onions in this outbreak, according to the CDC, is Thomson International Inc., a Bakersfield, California, produce supplier. The CDC is warning consumers not to eat any onions – red, white, yellow or sweet – supplied by the company since all types of onions are grown and harvested in a similar manner and may be contaminated.

Any onions from this produce supplier should be thrown away. Look for the name of the supplier on packaging or on stickers affixed to individual onions. Also toss out any prepared foods made from those onions. People infected reported eating raw onions in salads, sandwiches, wraps, salsas and dips. The onset of illnesses reported so far occurred between June 19 and August 4.

Due to the risk of cross-contamination, Thomson International announced a voluntary recall of all varieties of onions it has shipped since May 1, according to the U.S. Food and Drug Administration (FDA), which is investigating the outbreak along with the CDC. Onions were distributed to wholesalers, restaurants, and retailers in all 50 states, the District of Columbia and Canada. The onions were sold under the following brand names: Thomson Premium, TLC Thomson International, Tender Loving Care, El Competitor, Hartley’s Best, Onions 52, Majestic, Imperial Fresh, Kroger, Utah Onions and Food Lion. View a list of all the brands of onions, products containing them, and stores issuing recalls here.

In the U.S., Salmonella bacteria, which lives in the intestines of many animals, causes about 1.35 million infections, 26,500 hospitalizations and 420 deaths annually, the CDC estimates. Food is the most common source for these illnesses. The current outbreak is tied to the Salmonella Newport strain of the bacteria, one of more than 2,000 known strains.

Symptoms of an Infection

Most people who get salmonellosis, the intestinal infection caused by the bacteria, experience diarrhea, fever and stomach cramps. In severe cases, the infection can spread from the intestines to the urine, blood, bones, joints, spinal fluid or brain. Symptoms usually begin six hours to six days after infection and last up to seven days. However, in some instances, symptoms appear weeks after infection or symptoms persist for weeks, according to the CDC.

An infection is diagnosed with a lab test that looks for the bacteria in a person's stool, body tissue or fluids. Although most people can recover without antibiotics, an antibiotic is recommended for anyone with a severe illness. Antibiotics are also recommended for infected adults over 65 (or over 50 if an underlying condition such as heart disease is present), infants and those with weakened immune systems. The CDC's analysis of bacteria samples from the current outbreak does not indicate any antibiotic resistance.

"Older adults can have more serious symptoms because their immune systems are typically weaker,” says Gibbons. “Older adults are also at higher risk of having the infection spread to other organs."

How to Prevent Salmonella Infections

Editor’s Note: This story has been updated to reflect new information.

More on Food Health and Safety