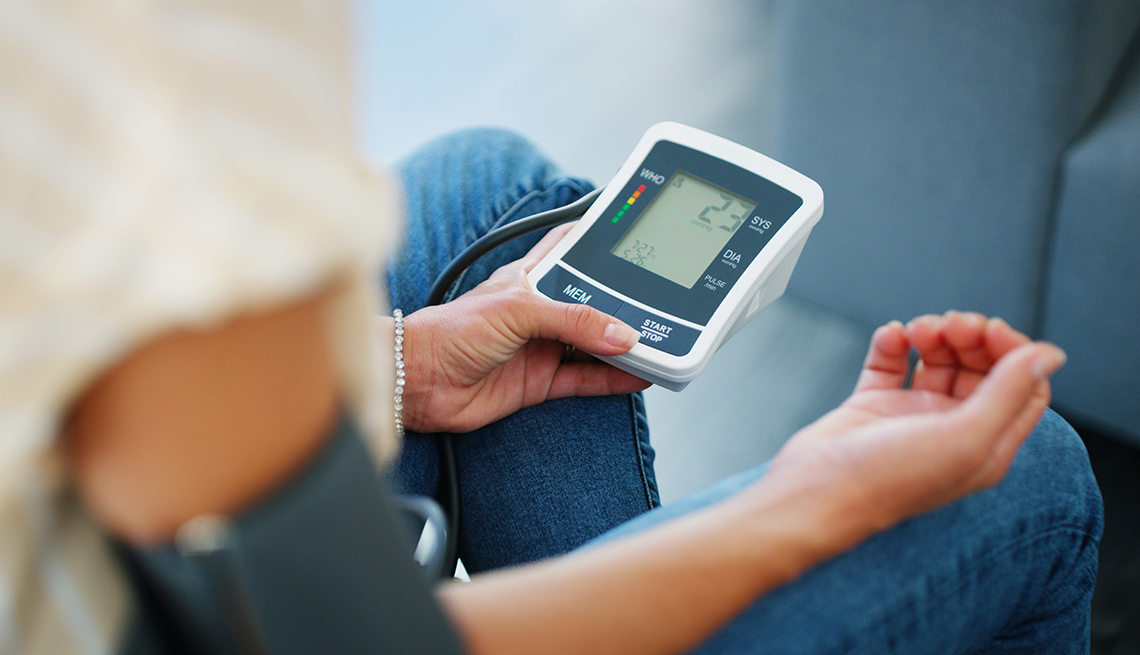 Women in their 30s, 40s, 50s and 60s should routinely monitor their blood pressure, even if their levels are typically low, health experts say.

The recommendation comes on the heels of a new study, published in the journal JAMA Cardiology, that finds that blood pressure in women begins to climb at a younger age and at a faster rate than in men. High blood pressure is a leading risk factor for cardiovascular diseases, including stroke and heart failure.

Using data collected from nearly 33,000 people over 43 years, researchers found that though women typically start out with a lower blood pressure than men, their levels start to surge in early adulthood and eventually catch up to, or surpass, those of their male counterparts. Men tend to experience a more gradual increase in blood pressure throughout their lives.

One common misconception, the American Heart Association (AHA) says, is that high blood pressure rarely affects women. In fact, nearly half of adults with high blood pressure are women, the AHA reports. More women than men die from stroke, and almost as many women as men die from heart disease each year in the U.S., according to the Centers for Disease Control and Prevention (CDC).

"Women should definitely be much more aware that they are at risk for high blood pressure just as much as men are,” says cardiologist Susan Cheng, a study coauthor and director of public health research at the Smidt Heart Institute at Cedars-Sinai Medical Center in Los Angeles.

Given the latest research, Cheng says, women “might actually need to be even more attentive than men as the blood pressure starts to creep up.”

Catching and treating high blood pressure while it’s on the rise earlier in life means “we might be able to turn off some of the consequences later in life, like strokes and heart failure,” says cardiologist Allen Taylor, chairman of cardiology at MedStar Heart & Vascular Institute in Washington, D.C., who was not involved in the study. Those diseases “will show up in their 70s and 80s and 90s, at a time when the treatment for that really should have begun in their 40s and 50s and 60s,” he adds.

Exercise, stress management and quality sleep can all help to lower blood pressure — and so can maintaining a healthy diet and a healthy weight. Medications can treat high blood pressure when lifestyle modifications don’t work.

A blood pressure of 130/80 mm Hg and above is considered high by the AHA; anything higher than 180/120 mm Hg is defined as a hypertensive crisis. Because people don’t typically feel any symptoms from high blood pressure, Taylor says one of the best things both men and women can do is keep a blood pressure cuff at home and take frequent readings.

Nearly half of all adults in the U.S. have high blood pressure, according to the AHA. And deaths from the condition rose by almost 38 percent between 2005 and 2015, the organization reports.