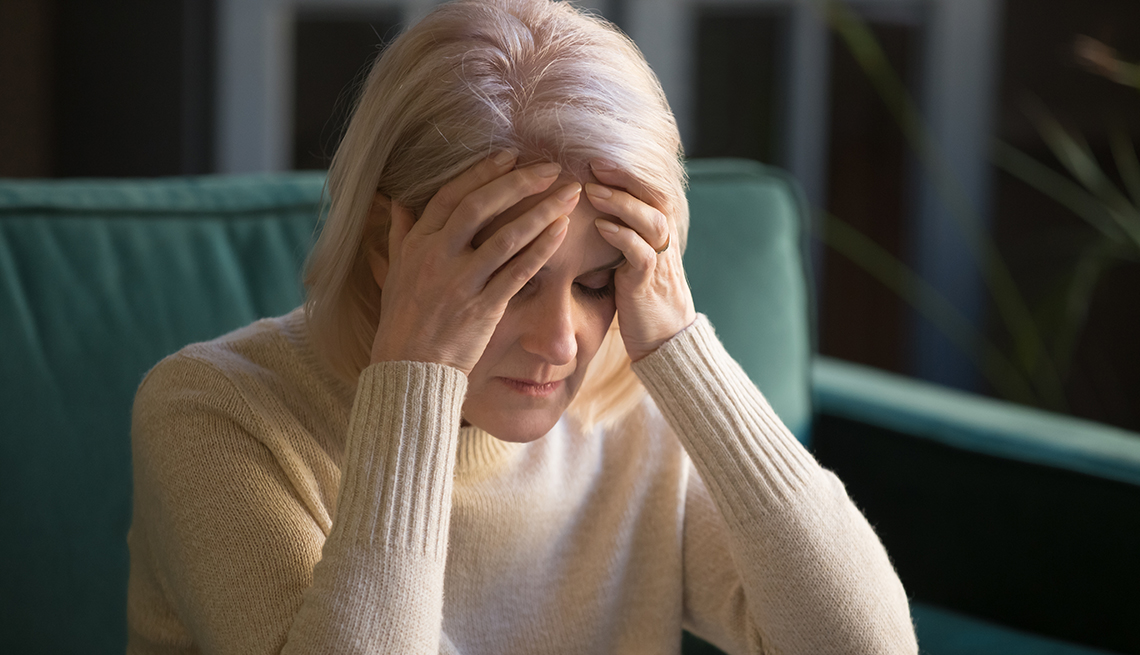 Lauren Gerlach was in the middle of a workout video, doing leg lifts that required bending over and steadying herself on the back of a chair, when it began: “This wave of nausea hit, and the room began whirling around me,” she recalls. The sensation lasted for about 10 seconds, and because Gerlach, 45, had been prone to bouts of motion sickness in the past, she dismissed the episode. But in the days following her workout, she felt a little dizzy and unsteady on her feet.

Then one night Gerlach awakened from a sound sleep and shot straight up in bed. “I looked across at the TV, which I always leave on when I sleep,” she says. “It was literally spinning in a circle — at least, that's how I saw it.” She raced to the bathroom and was sick.

That's vertigo. Almost 40 percent of adults in the U.S. will experience this unsettling sensation at some point in their lives, according to the University of California San Francisco. Defined as “an illusion of motion,” vertigo is a very specific type of dizziness. “If you have an illusion that you're moving and you're not, or have an illusion that the world is moving about you when it's not, you are having vertigo,” says Steven Rauch, a Boston-based ENT-otolaryngologist affiliated with Massachusetts Eye and Ear Hospital and Massachusetts General Hospital.

A lot of people assume that vertigo has to be a spinning sensation, says Rauch, but it could be rocking, swaying, tumbling, or a feeling of bouncing up, as if you were on a pogo stick.

Many things can bring on a bout of vertigo, including inner ear infections, migraines and even some medications, including those used to treat high blood pressure or anxiety. But one of the most common causes, as Gerlach discovered after a doctor visit, is an inner-ear condition with a tongue twister of a name: benign paroxysmal positional vertigo (BPPV). About half of all people over age 65 will suffer an episode of BPPV, according to the Cleveland Clinic, and the Mayo Clinic says women are particularly prone. Along with the “Whoa, what the heck …?” sensation, people may also experience lightheadedness and a wonky sense of balance. Queasiness and vomiting may also be part of the package.

BPPV occurs when tiny calcium carbonate crystals, which normally reside in an inner-ear organ called the utricle and help you keep your balance, break loose and travel into the semicircular canals of the inner ear. This may simply be part of the normal aging process. “BPPV is a degenerative change in the inner ear,” says Rauch. “A degenerative utricle will shed crystals from time to time, like shingles falling off the side of an old house.”

Sometimes it's a bump on the head that dislodges the crystals.

"BPPV is positionally triggered,” says Kim Bell, a San Diego-based doctor of physical therapy who specializes in vestibular rehabilitation. That means when you move your head in certain ways — dropping it forward to pick something up off the floor or attempting a Downward-Facing Dog yoga pose, for instance — you can cause these crystals to move and bring about an attack of vertigo.

It's often triggered when you're lying down: You go to bed feeling perfectly fine, then roll over toward your bad ear to get out of bed in the morning, and wham!

The shifting of the crystals sends a faulty signal from your inner ear to your brain about how you're moving, which leads to that “world is spinning” sensation.

Those dizzy spells typically last for less than a minute but can return anytime you pitch your head and trigger another brief, brisk spin. Some attacks can be merely annoying, says Brian McKinnon, an ENT-otolaryngologist in Philadelphia: “Others can be debilitating and dangerous, making you feel off-balance and putting you at risk for falls."

BPPV usually goes away on its own within weeks of the first episode, though it can last for months or even years. If you want immediate relief from those bouts of spinning, you might consider something called the Epley maneuver. The treatment — typically performed by a vestibular rehabilitation therapist (a specially trained physical therapist), occupational therapist, audiologist or ENT — involves moving the head in a series of precise positions, allowing the crystals to migrate out of the semicircular canals back to the original vestibular organ they came from — the utricle. “It's kind of like playing one of those small, handheld pinball games,” says Bell, “tipping it right and left, trying to get the silver ball through the maze.”

Typically, BPPV can be eliminated in about 85 to 90 percent of patients with just one or two treatment sessions, though it can recur periodically. “A few of those little crystals get loose and the whole thing starts all over again,” says Rauch. If this happens, your doctor or therapist can teach you how to perform the Epley maneuver on your own at home.

Even after BPPV has been treated, some people have residual symptoms of imbalance or unsteadiness. These can be resolved by working with a vestibular rehabilitation therapist — basically, using specific exercises to help patients regain their stability. It might include walking on different types of surfaces, stepping over thresholds, or maintaining one's balance in a stationary position.

Unsettling symptoms aside, BPPV isn't life-threatening. “If your symptoms are centered exclusively around the ear, and you want to wait it out, there's probably no big danger in doing that,” says Rauch. However, he notes, there are times when dizziness can point to more serious disorders, such as heart disease, stroke, diabetes, brain tumors or multiple sclerosis. If you have symptoms in any other part of your body — say, your vision has changed, or you have numbness, weakness, confusion or slurred speech — it's worth taking a trip to the ER and getting it checked out by a doctor.