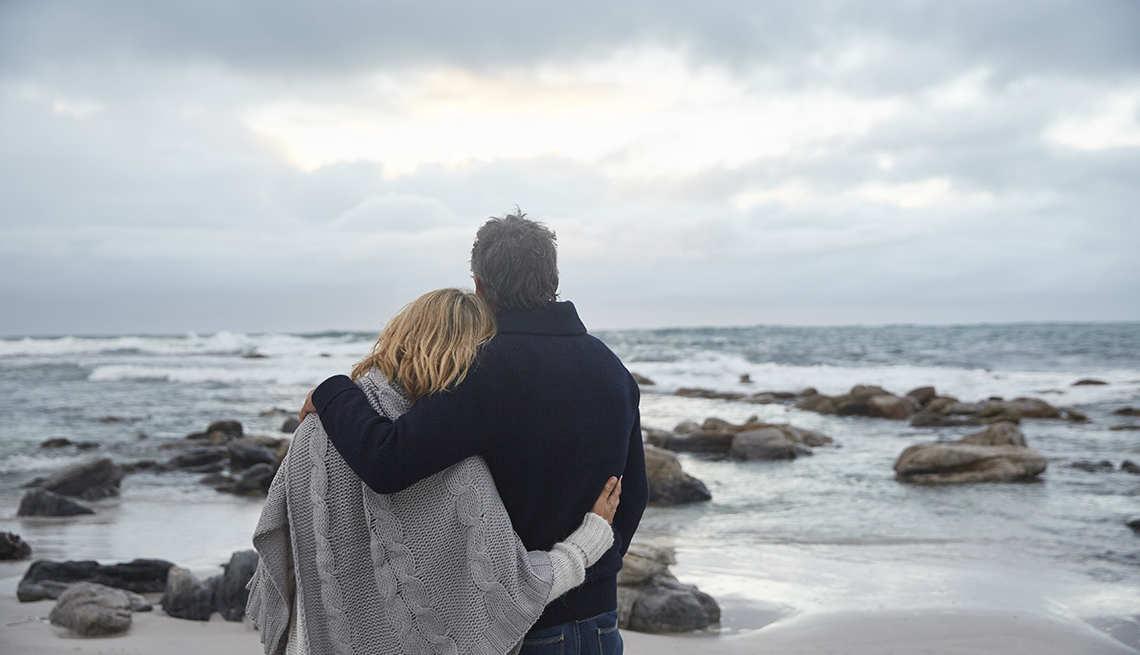 En español | Despite an explosion of technological advances and medical breakthroughs aimed at extending life, a new study shows the opposite is happening. And deaths among middle-aged Americans are driving the trend.

The opioid epidemic and drug abuse have contributed to the growing rate of midlife deaths, especially among people ages 55 to 64. This group had the largest relative increase in overdose deaths between 1999 and 2017, at 909.2 percent: That means that for every death by overdose in that age group in 1999, there were more than 10 in 2017.

Drugs are not solely to blame. Growth in U.S. life expectancy started to slow in the 1980s, more than a decade before the public was introduced to OxyContin, the drug that ignited the opioid epidemic, says physician Steven Woolf, lead author of the report.

"Something's been wrong for quite some time. It's just that now we're at a crisis point,” says Woolf, director emeritus at the Center on Society and Health at the Virginia Commonwealth University School of Medicine.

Suicide and liver disease related to alcohol consumption are other major contributors to midlife death. In adults 55 to 64, suicide rates increased by nearly 56 percent between 1999 and 2017. Deaths from diseases linked to obesity, which affects about 40 percent of U.S. adults, more than doubled in middle-aged Americans. And midlife mortality rates for conditions caused by high blood pressure, which affects one-third of the adult population, increased nearly 80 percent during the same period.

Identifying the causes, reversing the trend

The researchers say socioeconomic conditions may contribute to the rise in premature deaths. Trends in midlife mortality span races, ethnicities and geographies, but the study identified two regions hit hardest: the Ohio Valley and New England.

Woolf says studying these communities could shed some light on “whatever is causing” the trend in midlife deaths. Areas such as the Ohio Valley have “been struggling for years with economic pressures” brought on by loss of industry and jobs, he says. Instituting policies that aid residents in these communities could be important in addressing the mortality trends, he adds.

Providing more job opportunities that pay a living wage could be the answer, says Theresa Nguyen, vice president of policy and programs at the nonprofit group Mental Health America. Often when people fall into alcoholism, start using drugs or begin contemplating death, it's because “they don't feel hope for the future,” Nguyen says.

"The first thing we should do is look at those factors that bring people stability and hope,” she adds. “I think employment is one of the most valuable things you can give people who are at risk of falling into self-medication or suicide.”

What this could mean for the future

With employers losing workers prematurely to sickness and death, “American businesses are at a competitive disadvantage because they're competing against businesses in other countries that have a healthier population and a more productive workforce,” Woolf says.

The consequences of these health trends will also affect younger generations.

"Right off it means [today's children] are at risk of losing their parents,” Woolf says. “It also means they could find the same fate themselves if we don't address the cause.”

Suicide rates have increased among Americans younger than 25, the study reports. Obesity also affects millions of children and adolescents, and if current trends continue, more than 57 percent of today's youth could be obese at age 35, according to a study from the Harvard T.H. Chan School of Public Health.