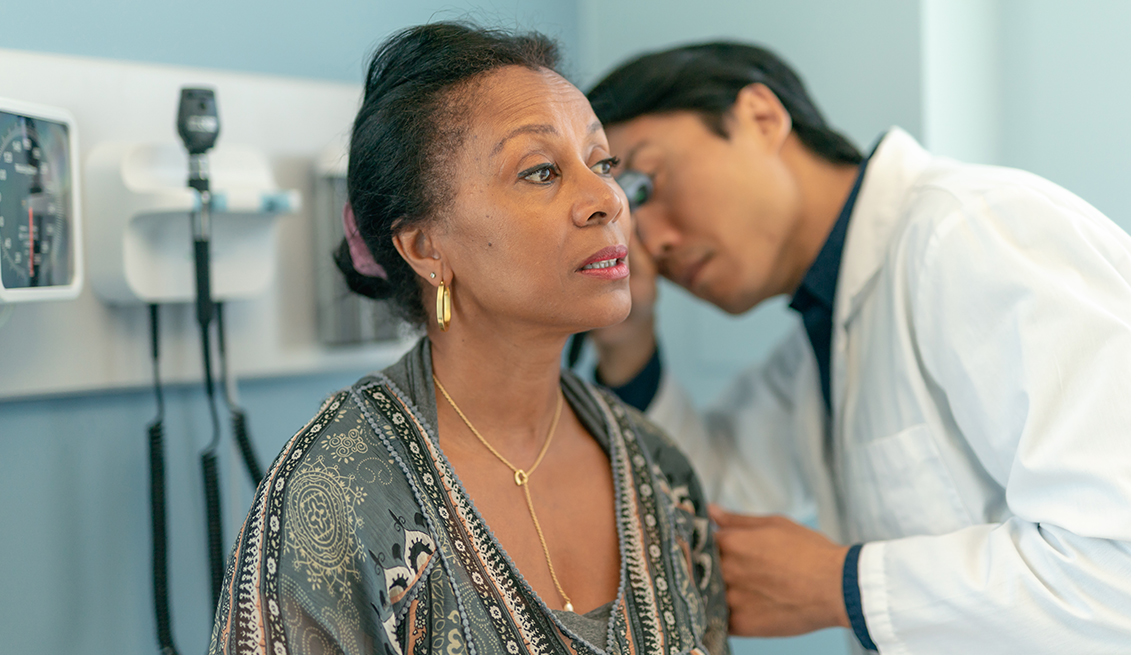 En español | Hearing loss is a growing health crisis that afflicts about 48 million Americans, more than diabetes or cancer, and strikes nearly half of people over age 75. It happens naturally with aging, but can also be triggered by any of a host of factors: exposure to excessive noise, drugs like chemotherapy or antibiotics, viral infections or a genetic predisposition.

While traditional treatments, such as hearing aids or cochlear implants that amplify sounds, can help, they tend not to work well in noisy environments. They also don't remedy the underlying physical problems that cause hearing loss. But there is good news on the horizon: Several drugs in the development pipeline could dramatically change the way we treat hearing loss and offer new hope to millions who don't get much relief or can't afford costly hearing aids.

These new treatments range from drugs to prevent hearing loss induced by too much noise or exposure to certain chemotherapies, to therapeutics or gene therapy that can regenerate the hair cells in the inner ear. There are around 15,000 of these microscopic cells that vibrate when hit by sound waves, and they transmit those electrical impulses to the auditory nerve. Damage to the delicate hair cells is responsible for 90 percent of hearing loss.

"For the first time, we're looking at normal therapeutics that can either restore, regenerate or protect people's hearing,” says Anne G.M. Schilder, a professor and director of the translational hearing research program of the National Institute for Health Research Biomedical Research Centre at University College London Hospital in the UK. “There have been real breakthroughs in our understanding of the underlying mechanisms that lead to inner ear loss.” She predicts that as the field continues its rapid development, we'll “see a range of new drugs within the next several years."

Schilder is the lead investigator on a clinical trial of a compound known as a gamma secretase inhibitor. In lab mice, these drugs switch on a gene that prompts what are called “supporting cells” to transform into sensory hair cells in the inner ear. Now in its second phase of human tests on 40 volunteers in Europe, the drug is administered via three weekly injections through the eardrum.

"When it was tested on mice, it increased the number of hair cells and their hearing improved,” says Schilder. “We're hopeful this will work in humans."

"Basically, this drug latches on to the cisplatin and renders it inactive,” says Peter Weber, an otolaryngologist at Boston University Medical Center and Decibel's chief medical officer. “We've become so good at curing these cancers that now the secondary effects — you're alive but you can't hear — become important,” he adds.

Studies on lab animals indicate that the compound, which seems to work by neutralizing destructive molecules known as free radicals, is effective at thwarting noise-induced hearing loss if given within a 48-hour window before or after exposure.

"When your ears are exposed to a toxin, whether it's chemo or noise from power tools, motorcycles or even fireworks, the body produces a lot of free radicals,” says Kathleen Campbell, lead investigator on the study and a research professor at the SIU School of Medicine. “The body has repair mechanisms that scoop up these toxic molecules, but when the noise level is high, these systems can be overwhelmed."

Adding another antioxidant can restore this natural balance, Campbell explains.

While it will probably be at least another five years before any of the above drugs become available, if they prove effective these kinds of treatments have the potential to radically alter the way we treat hearing loss, says Schilder of the University College London Ear Institute. “Instead of doing surgery or referring someone to an audiologist for a hearing aid,” she notes, “we'll have an arsenal of drugs that can be targeted to individual patients."