Aerobic Exercise Is the Newest Twist in Stroke Rehab

Study shows faster recovery if you get your heart pumping 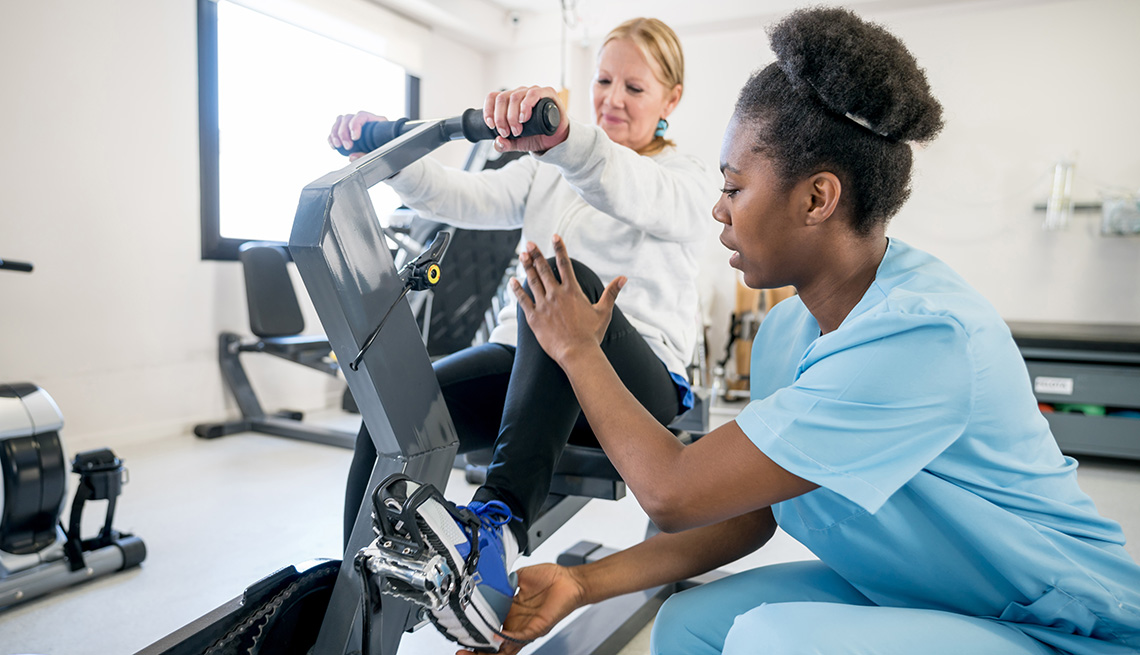 For the 6.6 million people in the U.S. who have survived a stroke, a new approach to physical therapy may help them resume a physically active life, according to an analysis of studies just published in the Journal of the American Heart Association.

Researchers at the University of South Carolina started their news-making work with a simple question: What if rehab for stroke survivors, who generally return home with a limited ability to move, included the kind of aerobic activity commonly prescribed for people who've experienced a heart attack?

Traditionally, rehab for stroke survivors has focused more on what's known as physical and occupational therapy, with an emphasis on “improving specific impairments in walking, strength, balance and coordination,” says Elizabeth Regan, a physical therapist at the University of South Carolina. “Limited time is spent working to achieve improvements in aerobic fitness.”

After looking at 19 studies, the researchers concluded that stroke survivors could indeed benefit from aerobic exercise in the same way cardiac patients do, regardless of the specific type of activity they choose, how mobile they are or how much time has passed since they had the stroke. (Although, not surprisingly, those with mild movement impairments saw the most benefit.)

To measure that improvement, researchers looked at the results of what's known as the “six-minute walk test,” a standard way of measuring fitness by comparing the distance subjects can walk in a given amount of time. For stroke survivors found to be able to walk less than 315 yards in six minutes (going roughly from the house to the mailbox, for instance), completing an aerobic exercise program helped 58 percent of them add on an additional 58 yards.

"Aerobic exercise specifically impacts endurance,” explains Regan, lead author on the study. “Doing at least 30 minutes of aerobic conditioning, two to three times a week, for eight to 18 weeks can make a difference in walking and general endurance. And it can translate to the ability to move more, which can impact how much a stroke survivor can do in the community.”

If exercising that much sounds daunting, don't worry. No one's expecting you to be able to follow this regimen overnight. But know that “every little bit counts,” Regan says. “Stroke survivors should start where they are and build up gradually. Shorter bouts of more frequent activity can be a great way to get started and be successful.”

If walking is too painful, or not yet possible, patients should talk to a physical therapist about other possible types of aerobic activity to try, from recumbent biking (a low bike with a supportive back) to things like an arm bike, which utilizes a pedaling motion of the arms to boost heart rate. For those with significant weakness on one side of the body, an arm bike or a seated step machine such as a NuStep, which enables single arm and leg motion, can be done with just one side of the body actively moving.