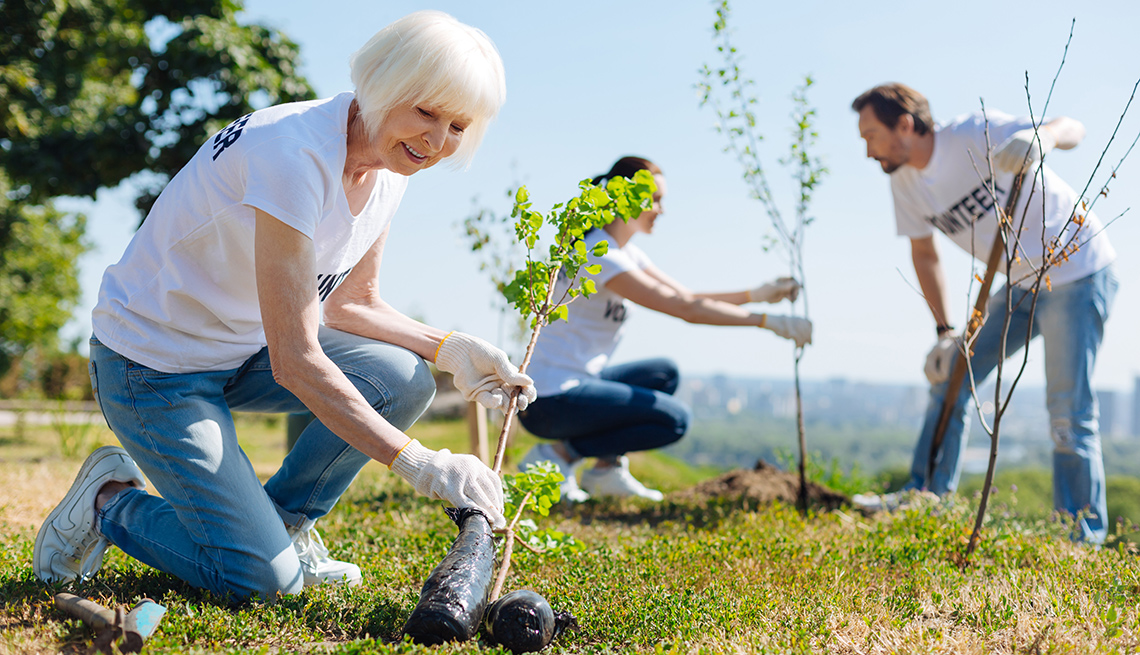 There are proven health benefits to volunteering.

For twelve years, Gupta studied more than 64,000 subjects 60 and older who participated in the University of Michigan Health and Retirement Study and discovered that those who did volunteer work for 100 hours a year — a mere two hours a week — scored about 6 percent higher in cognitive testing than non-volunteers did. She made sure to control for other factors that affect cognition — depression and changes in the volunteer’s own health — and the results were statistically significant.

Gupta’s study adds to burgeoning evidence that lifestyle changes can help prevent, or seriously delay, dementia and that along with things like diet and exercise, volunteering may be a notable weapon in the fight.

A study released last year by the University of Calgary showed that volunteering one hour a week made 1,0001 Swedish retirees 2.44 less likely to develop dementia. The study's author, Yannick Griep, who followed his subjects for five years after their retirement, cautioned that sporadic volunteering provided no advantage over not volunteering at all. The non-paid work, he stressed, had to be regular for the brain-preserving benefit to accrue. What's more, not all volunteer efforts may be equally effective. “The activity has to benefit others who are not your core family,” said Griep, “for example, helping out a church, a school, a library, a homeless shelter or some sort of charity organization.”

Yet another study, by the Corporation for National and Community Service, whose Senior Companion program involves seniors volunteering 15 to 40 hours a week, revealed that 40 percent of those who rated their health as “fair” or “poor” at the onset rated it as “good” after one year of volunteering. Depression is a major factor in dementia, and 70 percent of those reporting five or more depression symptoms at the beginning of volunteering reported fewer symptoms after their year as volunteers.