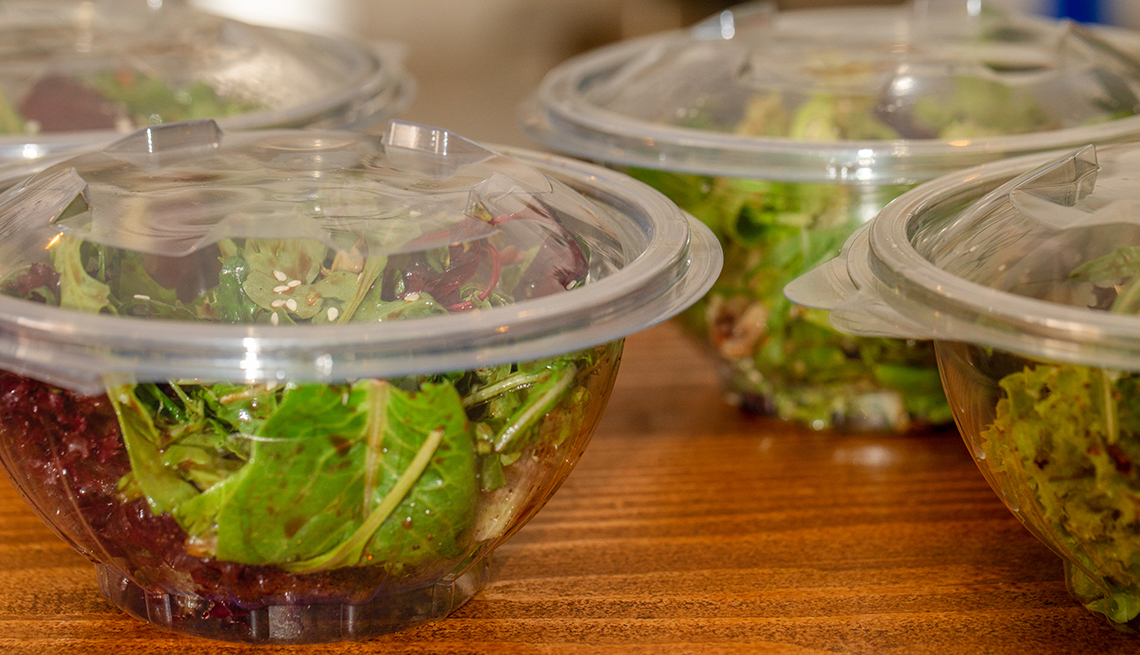 Fast-food giant McDonald’s is just the latest brand to contend with a foodborne illness outbreak, pulling salads from the menus in more than 3,000 locations “out of an abundance of caution.”

The cyclospora parasite, which can cause uncomfortable food poisoning symptoms and is responsible for the McDonald's outbreak that made 61 people in seven states ill, also is the culprit in an ongoing cluster of illnesses traced to Fresh Del Monte Produce vegetable trays. Officials say they do not think the two outbreaks are linked.

In April, the CDC announced that chopped romaine lettuce was at the center of a multistate outbreak of E. coli that ultimately spread to 36 states. Romaine was given the all-clear by late June, by which time a reported 210 people had been affected (nearly half of whom were hospitalized).

Produce isn’t the only food group to become risky. In June, the Kellogg Co. announced a recall of its Honey Smacks cereal following reports of salmonella contamination. As of this month, a reported 100 people in 33 states have become ill.

CDC spokesperson Kate Fowlie confirms that we’re seeing more multistate outbreaks of foodborne illness than is typical by this time of year. “It’s too soon to tell at this point whether this represents a new trend,” she says.

Certainly, the public is hearing about outbreaks more quickly. Fowlie says, “Strong coordination, improved technology, and increased capacity around the country are helping us get to the source of foodborne outbreaks faster and share important information quickly to protect public health.”

Ultimately, Fowlie says news of recalls is a good sign: “When you hear about food recalls and outbreaks in the news, this is showing the food safety system working to remove unsafe foods from the market and from people’s homes.”

When it comes to avoiding foodborne illness, a little prevention goes a long way. At home, the CDC recommends four basic principles:

When dining out, it can be helpful to keep in mind that certain foods, such as sprouts, runny eggs and soft cheeses, are more likely to cause foodborne illness. Adults age 65 and up should be particularly mindful of food choices, since the body becomes more susceptible to foodborne illness with age. People with weakened immune systems due to diabetes, liver or kidney disease, or certain other conditions are also at greater risk.

If you get food poisoning, Fowlie says you should see a doctor and report your illness to the local health department. They may follow up with questions that help public health officials find the source of what made you — and possibly others — sick.