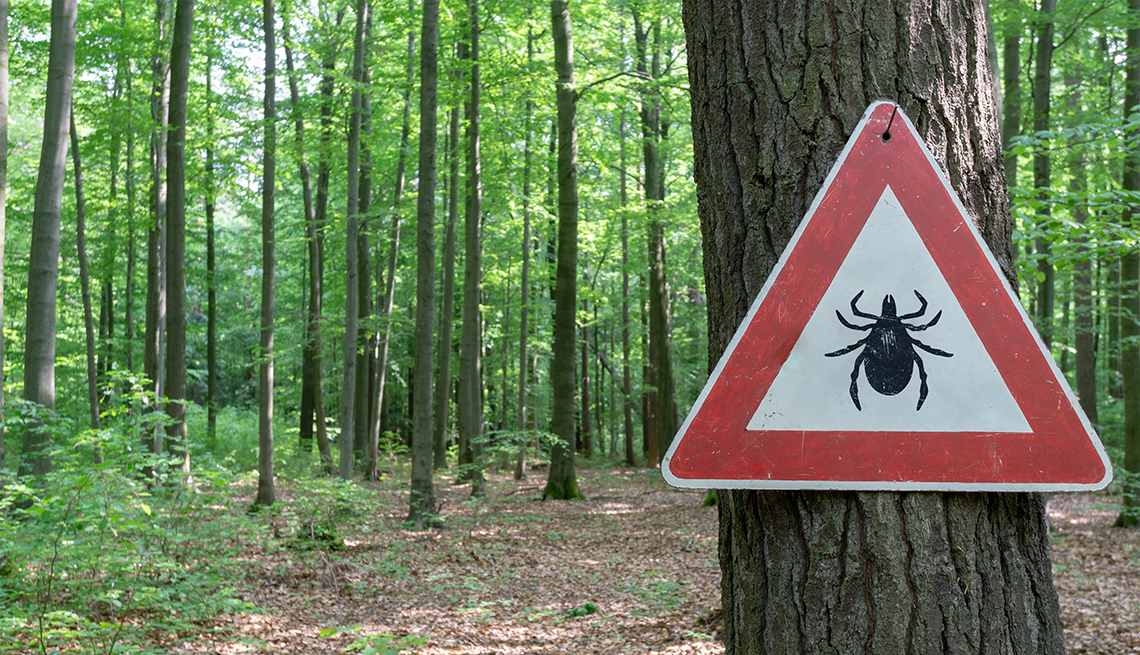 En español | While Lyme disease once was thought to be as reliably of New England as lockjaw and lobster rolls, the tick-borne ailment that hits both young children and older adults especially hard is now officially everywhere, at least according to a new study from lab giant Quest Diagnostics.

The Quest analysis found that the disease, which historically was concentrated in New England states as well as Pennsylvania, has been detected in all 50 states and the District of Columbia — something that wasn’t evident this spring when the Centers for Disease Control and Prevention (CDC) issued its own headline-making report. It showed that diseases from ticks (as well as mosquitoes and fleas) had tripled between 2004 and 2016.

The Quest Diagnostics data, gathered from more than 6 million blood samples, covers 2016 to 2017, and found that as the number of Lyme disease infections continues to swell, states such as Colorado and Oklahoma — which reported zero confirmed cases in the CDC’s data from May — have joined the ranks of the infected.

According to the lab results, California and Florida saw the biggest spikes. The 501 infected patients in Florida in 2017, for instance, represented a 77 percent increase over 2015 levels; California saw a 194 percent rise. Notable increases also were observed in Georgia, Arizona, Ohio, Texas, Tennessee and Virginia.

Calling Lyme disease “a bigger risk to more people in the United States than ever before,” Harvey W. Kaufman, M.D., senior medical director for Quest Diagnostics, said that his company's results fit in with other research showing that climate change may allow “ticks to live longer and in more regions.”

The results also showed that Lyme disease, which is caused by black-legged ticks (also called deer ticks), remains the most prevalent in the Northeast, with Pennsylvania and the six New England states (Connecticut, Maine, Massachusetts, New Hampshire, Rhode Island and Vermont) accounting for 61 percent of the total number of Lyme disease test results in 2017.

Wherever you live, if you think you’ve been bitten by a tick — a red “bull's-eye” can be one telltale sign, as can flu-like symptoms — see your doctor immediately.  Prevent tick bites by wearing clothing that covers arms and legs when in wooded areas, and check yourself, children and pets after you've been outdoors.