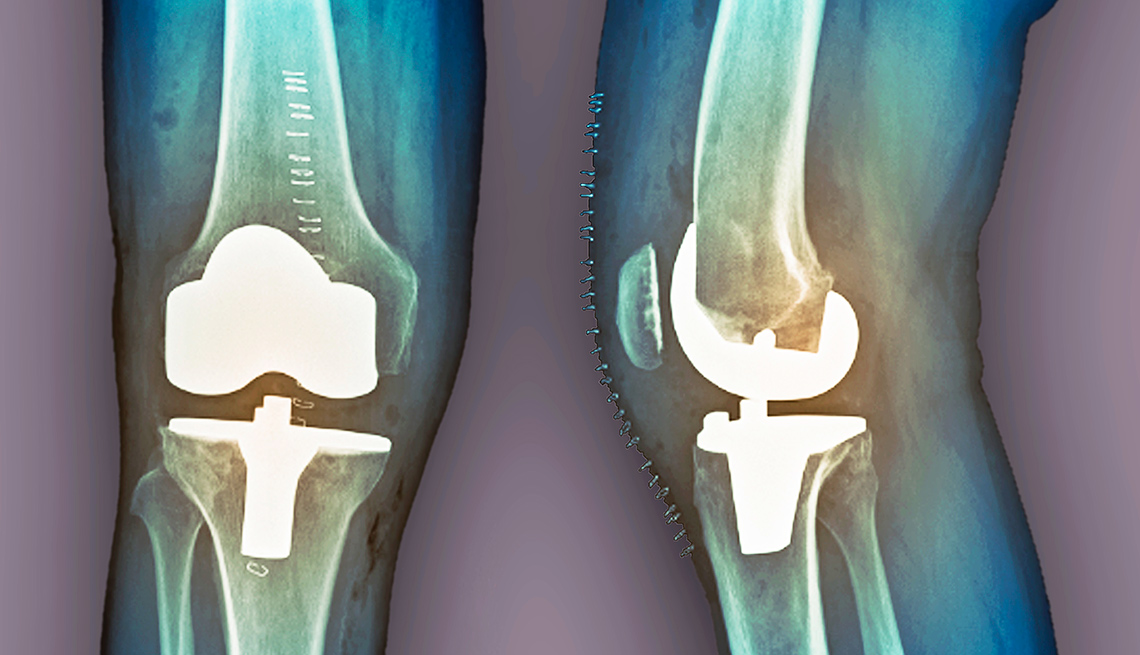 A study has found that almost 1 in 4 of knee replacement patients who are 60 or older show a decline in activity in at least one brain region 48 hours after surgery. About 1 in 7 show declines across all brain networks.

The University of Florida study was published online in the Journal of Alzheimer's Disease. It was conducted to help scientists understand the causes of postsurgical cognitive impairments.

For the study, a team ran cognitive and brain-imaging tests before and after surgery on four dozen patients ages 60 and older undergoing a knee replacement. Results were compared with adults of the same age who have the same condition — knee osteoarthritis — but did not have surgery.

The researchers used an MRI to look at patterns of blood flow in the brain while patients were lying still. Imaging data helped them understand how blood flow changes affected connections across brain networks related to memories of oneself and others, determining what outside stimuli deserve further attention, and working memory.

Participants who did not have surgery did not demonstrate any significant changes, but 23 percent of participants who had knee replacement surgery showed large declines in connectivity in at least one brain network when tested 48 hours after surgery. For 15 percent, declines occurred in all networks.

The investigators say more research is required to learn whether the brain network changes persist beyond the period studied.

“We now need additional studies examining preoperative cognitive and brain markers, why neuronal networks change, and whether network decline predicts later cognitive change,” researchers wrote. Researchers said the study is relevant to those in geriatric medicine research, particularly for patients with Alzheimer’s or other neurodegenerative diseases.