You may be headed for arthritis in the near future 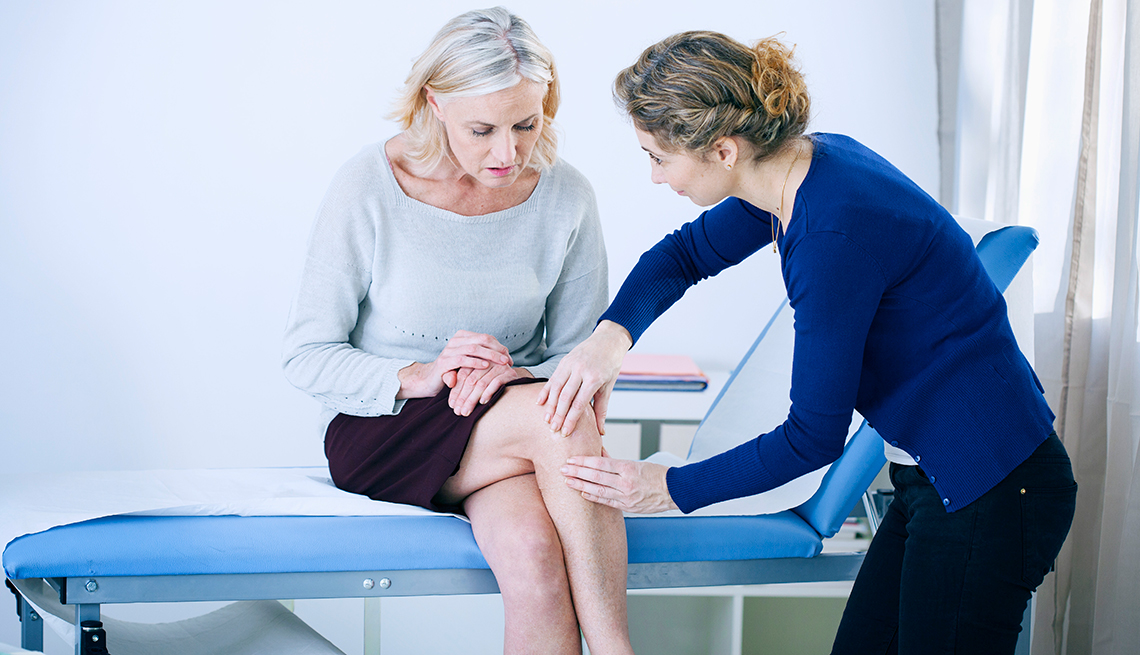 While those signature snap, crackle and pop sounds associated with your breakfast cereal may be a good thing, they may not be such great noises to hear when it comes to your knees.

A new study by researchers at Baylor College of Medicine in Houston found that those who hear grating, cracking or popping sounds in or around their knee joint may be more likely to develop full-blown knee osteoarthritis than those who don’t hear these noises — even if they aren’t suffering from any pain.

Generally speaking, the sound of cracking in your knees and other joints, known as crepitus, is usually just a natural part of aging and nothing to fret about, experts say.

But in this new study of nearly 3,500 people, middle-aged and older adults who reported frequent cracking in their knees were more likely to develop painful arthritis symptoms.

Among another group who reported their knees to be noisy “sometimes” or “often,” about 8 percent developed knee arthritis symptoms within a year.

But the good news is that early detection can help prevent arthritis from progressing.

This study indicates that people who have evidence of osteoarthritis on a radiograph but do not have symptoms yet and hear creaking in their knee joints are among those who are at risk of developing chronic symptoms, Grace Lo, M.D., lead author of the “Arthritis Care & Research” study, said in a press release.

“This is a group that we need to target to modify risk factors, including obesity,” Lo said. “From a research perspective, this is an important group we need to recruit into clinical trials to help prevent the development of frequent knee pain from osteoarthritis.”

She added, “Future studies that target people who have x-ray signs of osteoarthritis and who do not complain of pain but do report noisy knees hold the promise of identifying interventions that can prevent knee pain.”

When it comes to reducing your risk of knee joint pain, losing weight can be key, since those extra pounds put pressure on the knees that wears away cartilage. Indeed, a study from the University of California at San Francisco recently found that overweight people who lost just 5 percent of their body weight enjoyed lower rates of cartilage degeneration than those who didn’t lose weight. In those with 10 percent weight loss, cartilage degeneration slowed even more.

Osteoarthritis is the most common form of arthritis, affecting more than 30 million U.S. adults, according to the Centers for Disease Control and Prevention. Typical treatments are medications, including over-the-counter pain relievers; weight loss; physical therapy; crutches or canes; and surgery if other options have not been effective.

The CDC emphasizes that you can relieve pain, improve function and slow the progression of osteoarthritis by reaching or maintaining a healthy weight.