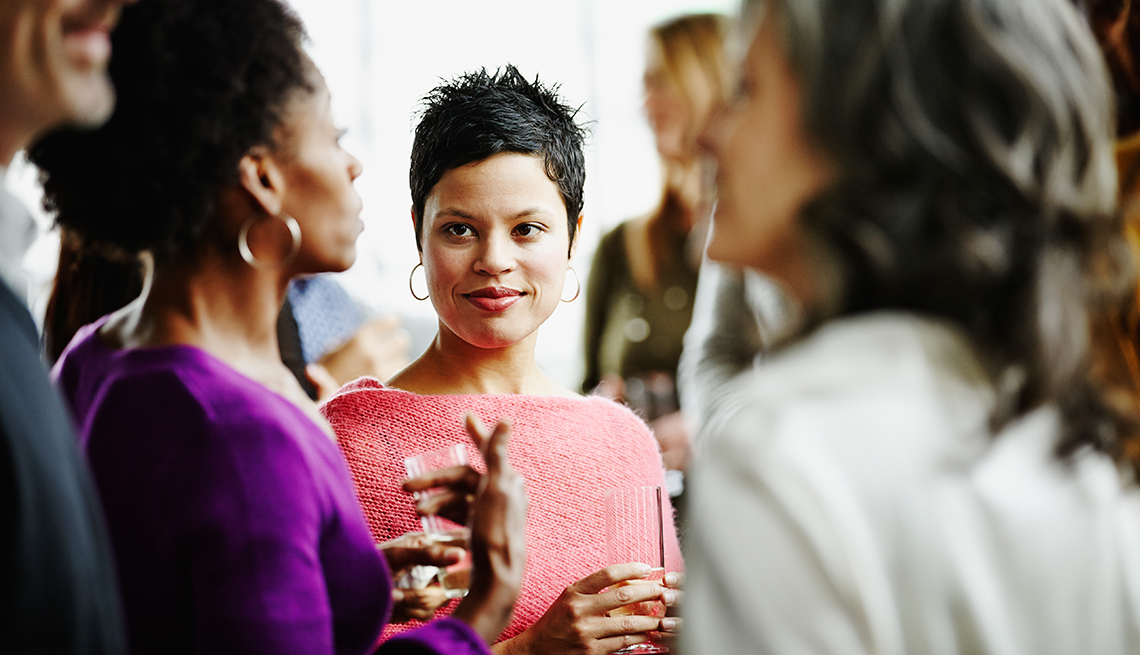 Even a person with "normal" hearing may have trouble processing a conversation in a noisy environment.

When it comes to hearing problems, the blame may lie in the aging brain, not the ears.

A recent study by University of Maryland researchers found that changes in older people's brains can cause them to struggle to understand conversation in a noisy environment, even though their hearing would be considered normal on a hearing test.

The study, published in the Journal of Neurophysiology, compared the brains of adults ages 61 to 73 with those ages 18 to 27. What they found was that our brains, as they age, get worse at processing the sound of talking when there are other sounds at the same time. In this case, the older adults scored measurably worse on speech understanding in noisy environments than the younger adults.

Both groups had normal hearing as measured by an audiogram. Importantly, they were also given speech in noise tests, and their hearing was still found to fall within the normal range.

So what accounted for the disparity in speech understanding? The answer, alas, may lie in the aging brain.

Using two different kinds of brain scans — EEG (electroencephalogram) and MEG (magnetoencephalogram) — the researchers studied the midbrain area, which processes basic sound in most vertebrates, and the cortex, which has areas dedicated to speech processing in humans.

The cortical test involved listening to a male speaker reading from "The Legend of Sleepy Hollow," by Washington Irving, while a secondary, female speaker read from A Christmas Carol, by Charles Dickens. The midbrain test used just the female reading.

In the younger subjects, both areas of the brain responded normally to speech in quiet (one reader) and speech in noise (two readers), but in older adults, the cortex responded more slowly in processing speech whether or not there was secondary noise.

"For older listeners, even when there isn't any noise, the brain is already having trouble processing the speech," said coauthor Jonathan Simon in a press release.

"Older people need more time to figure out what a speaker is saying," he added. "They are dedicating more of their resources and exerting more effort than younger adults when they are listening to speech."

What can we older adults do?

We could try brain-training exercises. These might be similar to the exercises used in auditory, or aural, rehab, where the brain is trained to recognize words more quickly and accurately. There are formal programs for this, like the online Listening and Communication Enhancement (LACE) programs, but you can also practice simply by listening to a recorded book and then checking the text to see whether you heard accurately.

Making sure you can see the speaker is also essential. Visual clues gleaned from facial expression, body language and the movement of the eyebrows and eyes assist speech comprehension. Formal speech-reading classes teach you to pay attention to these signals, but we all speech-read to some extent. It's why even hearing people crane their necks to see a speaker, even if they can hear the speaker perfectly well.

This need to see as well as hear has an official name: the McGurk effect, named after one of the British scientists who discovered in the 1970s that we comprehend speech better if what we are hearing matches what we are seeing. The scientists called it "hearing lips and seeing voices."

To overcome that age-related decline in the ability to understand speech, then, make sure you pay close attention to the speaker. Make sure the speaker pays attention to you, too — meaning he or she should be facing you. Because your actual hearing is normal, there's no need for a speaker to shout; in fact, shouting distorts the face and makes speech reading even more difficult. So ask them to speak slowly (but not too slowly) and clearly. And keep your eyes on their face.

Another simple solution: Hold conversations in a quiet environment.