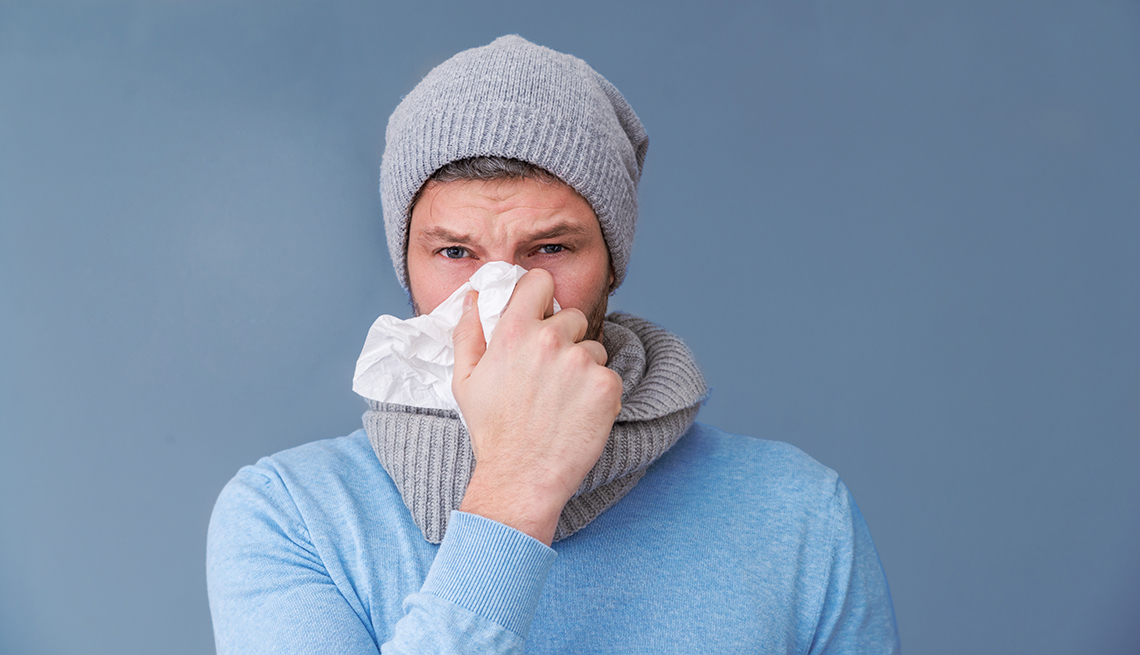 Research has found that men appear to suffer more than women when they have the flu.

There’s swine flu and bird flu, but man flu? Don’t worry, it’s (probably) not contagious. It’s more a humorous label for the tendency of many men to act like big babies, claiming they suffer much more than women when they have the flu.

But men may have the last laugh. Previous animal studies have found that male and female immune systems react differently to attacks by viruses, and now, recent studies add fuel to the fire.

An analysis published this month in The BMJ (formerly the British Medical Journal) looked at studies of various viruses and respiratory illnesses in men and women, and concluded that "men may not be exaggerating symptoms but have weaker immune responses to viral respiratory viruses, leading to greater morbidity and mortality than seen in women."

Earlier this year, research conducted on lab mice at the University of Ottawa’s NeuroImmunology, Stress and Endocrinology Lab suggested infections may indeed be more severe in men than in women. The study was published in the journal of Brain, Behavior, and Immunity.

The scientists injected male and female mice with bacteria that triggered an immune response similar to what the body experiences with a flu infection, said coauthor Nafissa Ismail, the lab’s director.

“The symptoms were a lot more intense in adults males than they were in adult females,” Ismail wrote in an email. The men suffered greater drops in body temperatures (typical of the feverish chills that accompany the flu) and had more signs of inflammation in their bloodstream. They even looked more miserable — droopy-eyed, shivering and huddled together, researchers reported.

The fact that the men had a more acute reaction than the women “lends support to the idea that man flu really exists,” Ismail said.

Obviously, a study on mice doesn’t prove that the same reactions occur in humans, but it does suggest that hormones and other factors may cause gender differences in how the body responds to illness.

The one thing the researchers couldn’t detect, though, was whether those male mice whined more about their symptoms.