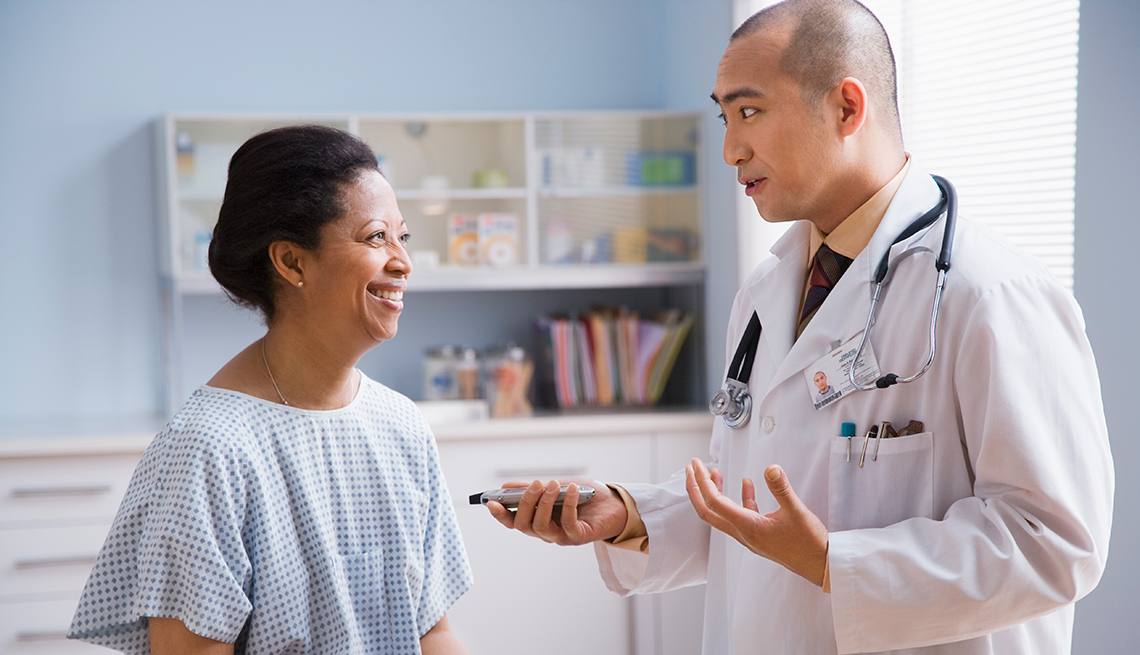 The archetypal patient for medical research has always been a man, but that's changing.

In medicine, men have long ruled. From the animals used in drug trials (overwhelmingly male) to the patients enrolled in clinical trials (predominantly male) to the guidelines for diagnosis and treatment (mostly based on men), a man's biology has been the guiding force for decades.

The result is that women have at times been misdiagnosed and even harmed, because tests, dosages, symptoms and treatments for major diseases have long been based on what medical schools and medical research still consider the archetypal patient: the 154-pound (70-kilogram) white male.

But thanks to urging by the federal government, as well as more inclusive research, medicine is beginning to look at the different ways men and women react to drugs and diseases.

Researchers now know that every cell in our bodies has a gender, says Mary-Lou Pardue, a Massachusetts Institute of Technology biologist who chaired a 2001 Institute of Medicine panel that produced a landmark report on these issues. There are sex differences in liver metabolism, kidney function, hormonal influences and stomach enzymes, to name a few.

Here's what else has been uncovered about gender differences through a growing body of research in four major diseases: heart disease, cancer, diabetes and stroke.

Gender issues: Women are nearly twice as likely as men to die in the year following a heart attack, partly because "cardiovascular care has been slow to acknowledge the gender differences in heart disease," says Noel Bairey Merz, M.D., director of the Barbra Streisand Women's Heart Center at Cedars-Sinai Heart Institute in Los Angeles.

Her viewpoint was echoed last year by the American Heart Association, which published a scathing report on the inequalities of heart care for women versus men, declaring, "Despite stunning improvements in cardiovascular deaths over the last decade, women still fare worse than men, and heart disease in women remains underdiagnosed and undertreated."

A study last year also found that women are more likely to get inaccurate results from the traditional treadmill stress test that cardiologists give patients to detect heart problems because the scoring system was developed based on experiments "done only in middle-aged men," according to the study's lead author, Leslie Cho, M.D., director of the Women's Cardiovascular Center at the Cleveland Clinic.

What you should do: Because the traditional treadmill stress test or angiogram can miss plaque buildup in women's smaller arteries, ask your doctor for alternative imaging or stress tests, as well as tests that identify coronary microvascular dysfunction (CMD), Bairey Merz says. And remember—heart attack symptoms in women can be different from men's. For example, women may feel discomfort in their neck, jaw, back and arm, while men typically feel chest pain.

Gender issues: A 2013 British study looking at gender differences in type 2 diabetes — which are significant — concluded that women's poorer outcomes could be improved if they would just "develop a more positive attitude toward the disease and its management."

It's a little more complicated than that. Women with diabetes are more prone to heart disease and more likely to suffer a fatal heart attack, and yet studies show they often receive less aggressive treatment for cardiovascular risk factors as well as other conditions related to diabetes.

They also have a harder time reaching the recommended blood glucose levels than men, possibly because diabetes drugs produce more side effects in women. Kidney disease is also worse in women with diabetes than in men, and women with diabetes are twice as likely to suffer depression.

What you should do: Because of women's higher heart attack risk, your doctor should regularly test your cholesterol and inflammatory markers, says George L. King, M.D., chief scientific officer of the Joslin Diabetes Center at Harvard Medical School. Diabetes also increases the risk for bone fractures, so you should make sure you get "bone density tests that analyze the internal structure of the bone, not just the bone density," King adds.

Gender issues: Gender has long played a role in cancer, and new research is revealing a greater link between gene mutations and certain cancers. A new University of Texas MD Anderson Cancer Center study found that more than half of genes involved in 13 cancer types — including bladder, kidney, liver and lung — were strongly affected by gender. Researchers urged more gender-specific cancer treatments that could target these mutations.

There is also increasing evidence that chemotherapy drugs take longer to be cleared from a woman's body than a man's because the drugs are more slowly filtered through the kidneys or liver.

What you should do: While testing for gene mutations is becoming the standard of care, "it's not happening across the nation. Women need to remind their oncologist to do it," says Tracy Rose, M.D., assistant professor of hematology and oncology at the University of North Carolina. If you're on chemotherapy, ask your doctor about monitoring your toxicity level, Rose advises. And if you're having trouble tolerating the drugs, ask your doctor about adjusting the dose.

Gender issues: Gender differences among stroke victims are stark: Women are more likely to have a stroke and die from it than men. A woman's stroke also tends to be more debilitating, with female stroke survivors struggling more with mobility problems, pain, anxiety and depression than their male counterparts. A year after a stroke, women report a lower quality of life than do men.

As with heart disease, stroke symptoms in women can be different from men's and include unusual traits like hiccups, hallucination and agitation, as well as standard symptoms: confusion, weakness, numbness, nausea and fainting.

This difference in symptoms also means that women may not get to the hospital soon enough to take advantage of clot-busting drugs that could improve their recovery, says neurologist M. Shazam Hussain, head of the Cleveland Clinic Stroke Program.

What you should do: Make sure you know the signs and symptoms of a stroke and that you get to the hospital immediately. You have about a 41/2-hour window from when the symptoms start to be able to receive clot-busting drugs, and not much longer for other acute stroke treatment, Hussain says.

Closing the gap between the sexes

In 1980, when researchers conducted a major study to determine if taking low-dose aspirin could reduce heart attack risk, they enrolled 22,000 men — and not a single woman. That's despite the fact that heart disease kills as many women as men.

Studies like that one led to an outcry against gender bias in medicine, and in subsequent years, the medical community has taken steps to ensure that scientific research is more inclusive.

In 1993, Congress ordered the National Institutes of Health (NIH) to include women in all clinical trials it funded, and today women make up about half of those participants.

But glaring gaps remain. Drug companies and medical device manufacturers are not required to comply with the 1993 rule, so women remain underrepresented in their studies. And even though more women are being included in federally funded trials, many studies don't report results for men and women separately. By not questioning possible gender differences, "important questions about women's health are still not being addressed," says Janine Clayton, head of the NIH Office on Research on Women's Health.

A new NIH policy requires that researchers applying for funding must include both male and female animals in biomedical studies. (Until now, 80 percent of clinical trials used only male animals.) "Now the NIH expects all scientists to ask, 'Will my research be different in males and females?' " Clayton says.

Gender bias can work in reverse, too, notes Marcia Stefanick, codirector of the Stanford Center for Health Research on Women and Sex Differences in Medicine. Men suffer one-third of all hip fractures, but because osteoporosis is considered a "woman's disease," insufficient research has been conducted on men, and guidelines regarding bone mineral density testing of older men remain vague.