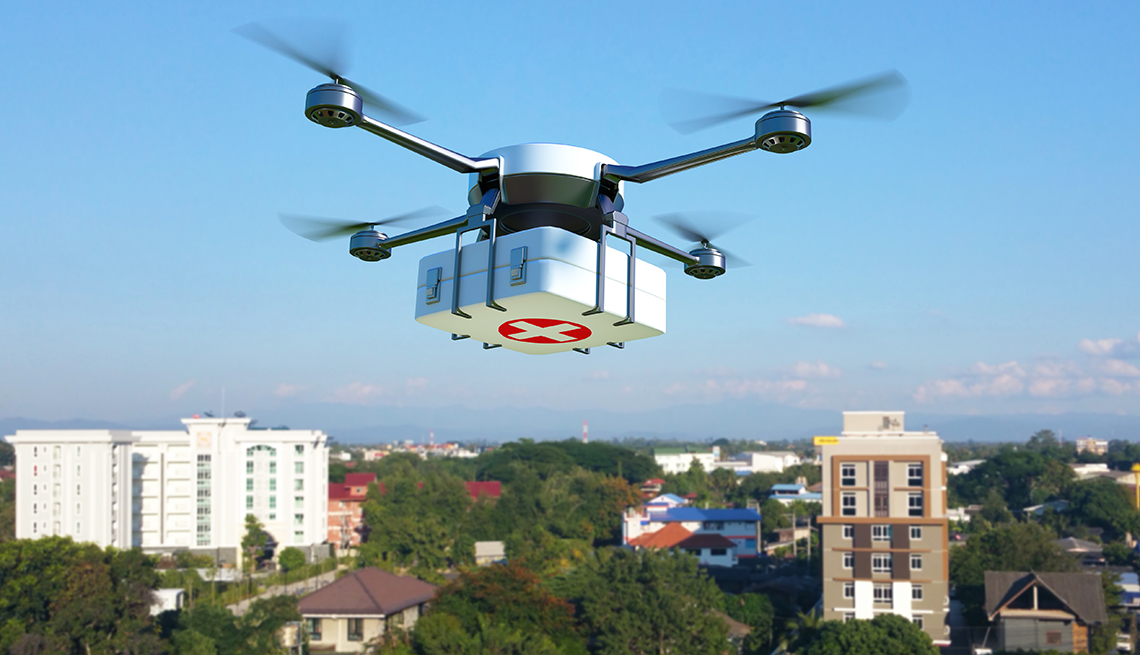 In a Swedish experiment, a drone carrying an external defibrillator was sent to rural locations to see if it could reach a victim more quickly than an ambulance.

Minutes count during a cardiac arrest, and a recent simulated emergency trial showed that drones could carry external defibrillators to heart attack victims much faster than ambulances, according to a paper recently published in the Journal of the American Medical Association.

Each year in the United States, more than 350,000 cardiac arrests occur outside of the hospital and are attended by emergency medical services, according to the American Heart Association. Cardiac arrest may be reversed if CPR is performed and a defibrillator is used to shock the heart and restore a normal rhythm within a few minutes, making any system that can deliver care more quickly of interest to the medical community.

In this simulation, a drone carried an automated external defibrillator (AED) to rural locations where, in theory, a bystander could detach the device and use it on a cardiac arrest victim. The drone used in the experiment, developed in Sweden, was equipped with a global positioning system (GPS), a high-definition camera and autopilot software. Two licensed pilots sent GPS coordinates and routes to the drone and the entire flight was autonomous.

Researchers focused on places in a rural area of Sweden where people had gone into cardiac arrest between 2006 and 2014, lead author Andreas Claesson told NPR. The drone was dispatched for 18 consecutive flights during a 72-hour period in October 2016. The median time from dispatch to drone launch was three seconds (versus three minutes for EMS to get on the road) and from dispatch to arrival of the drone was just over five minutes. When compared to historical data of EMS trips, the drone arrived more quickly in all cases, with a median reduction in response time of 16 minutes and 39 seconds.

While the experiment found that drones carrying AEDs may reduce time to defibrillation, "further test flights, technological development, and evaluation of integration with dispatch centers and aviation administrators are needed," the researchers wrote. The outcomes of resuscitation efforts conducted by bystanders versus resuscitation efforts of trained emergency technicians should be studied as well.

Drones are also being explored as a way to deliver medical services to residents of rural areas in the United States. In 2015, the Health Wagon clinic, based in southwestern Virginia, partnered with NASA to fly the first drone approved by the Federal Aviation Administration to deliver medication. Packages of medicine and other medical supplies were delivered to an annual health fair in Wise County, Va. However, FAA restrictions have prevented the clinic from using the drone regularly, Scientific American reports.