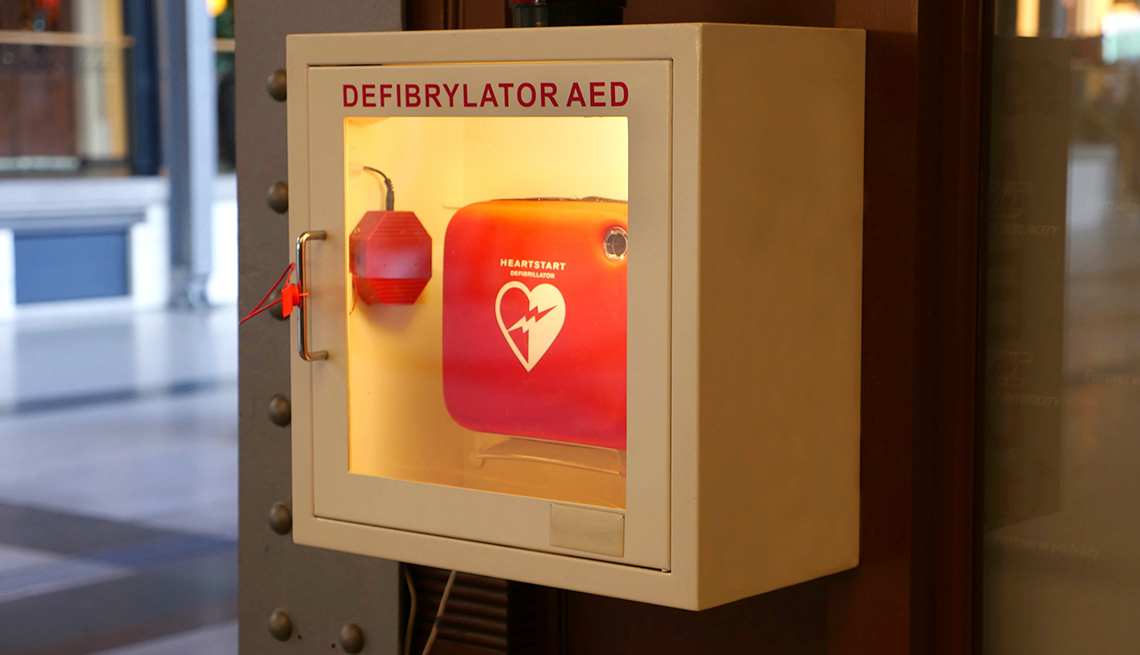 Television’s “Biggest Loser” host Bob Harper had his heart attack in the best possible place — a gym with a nearby defibrillator (or AED), which was used to shock his heart back into beating properly.

Harper, 51, suffered the massive attack in February while working out in a New York gym. As he told the “Today” show, “I had what they call a widow-maker. I was in full cardiac arrest. I was dead. I was on that ground dead.”

Fortunately, a nearby coach quickly found two doctors in the gym to help. They started performing CPR on Harper and used the gym’s defibrillator to shock his heart twice before paramedics arrived — all of which Harper attributes to saving his life.

Despite being in excellent physical condition, Harper had a family history of heart disease — his mother died of a heart attack — and he admitted he had ignored warning signs, like dizzy spells, before his attack. “I should have taken that more seriously. It’s been a huge wake-up call for me,” he told “Today.”

His experience also raises the issue of how to find a defibrillator in case of a similar emergency.

An estimated 300,000 Americans suffer an out-of-hospital cardiac arrest annually, with 20 percent occurring in public places, according to a 2012 study by University of Pennsylvania researchers. Survival rates for victims who don’t get immediate help are a dismal 6 percent, but those who quickly get CPR and defibrillation can increase their chances to 50 percent.

Using an AED is simple because it’s automated, providing instructions aloud once you open it. The problem is finding it. Only 17 states require an AED in schools; only 15 states and the District of Columbia require it in a health club or gym.

Make it a point to know where an AED is located in your workplace or other public places. It should be easily visible, preferably in a common area accessible to everyone.

Here are five tips to know if you need to use an AED: