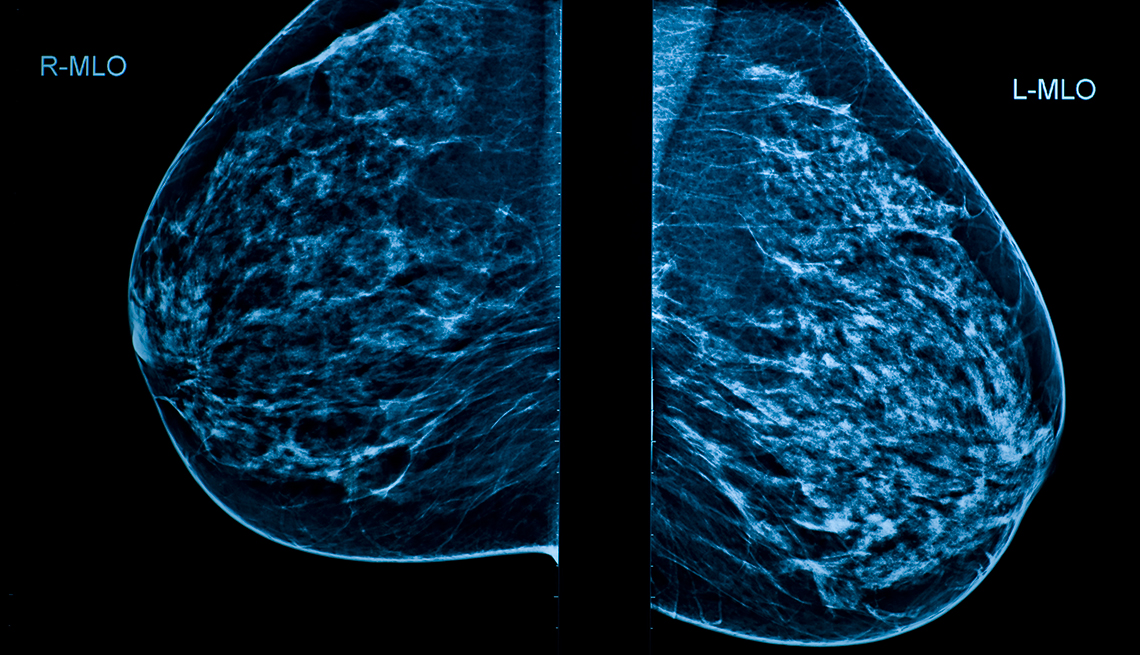 Confusion remains about when and how often to get mammograms to screen for breast cancer.

En español | It used to be simple: Women need a yearly mammogram to screen for breast cancer starting at age 40.

But the guidelines have changed, leaving many women confused as to when and how often to get a mammogram — and even at what age they should stop getting them.

In the spring of 2015, the federally appointed U.S. Preventive Services Task Force updated their 2009 advice, reiterating that women wait until age 50 to start regular mammograms, and that they only needed one every two years — not annually.

The panel also noted that women in their 60s are "most likely to avoid a breast cancer death through mammography," but that there wasn't enough research to recommend a mammogram past 75.

The announcement set off a heated debate that flared up again six months later when the American Cancer Society announced a major change in its long-standing mammogram guidelines: The group now recommended women wait until age 45 to start annual mammograms; after age 55, women can switch to every two years — a surprising change considering government data shows that a woman's risk of being diagnosed with breast cancer increases between 50 and 70.

This, of course, would not apply to women at high risk because of previous cancer or a family history of breast cancer. Those women, based on their doctor's advice, may need more frequent screening.

Critics pointed out that the cancer society's change was based on the advice of a panel that "did not include a single surgeon, radiologist or medical oncologist who specializes in the care and treatment of breast cancer. Not one," said an op-ed column in the New York Times written by three breast cancer experts who bashed the new revisions.

Ironically, the cancer society's announcement came during October, Breast Cancer Awareness Month, when women are typically urged to do more to prevent the disease that kills more than 40,000 annually.

Kevin Oeffinger, M.D., chair of the breast cancer guideline panel, said in a statement that the decision to screen every two years for postmenopausal women was "based on the fact that postmenopausal breast cancers tend to develop more slowly." However, women may still choose to continue annual screening at 55, he added.

The new guidelines also don't match guidelines issued earlier by three other major medical groups, adding more murkiness to the question of when to get a mammogram.

Up until now, the American Cancer Society had made it easy: Starting at 40, women should get a screening mammogram once a year, as well as regular breast exams by their doctor (or a self-exam) to check for lumps.

The new guidelines are substantially different:

And here's how this compares with other organizations:

No wonder women are confused. Even the groups who are supposed to help them decide can't decide. Indeed, more than half of women 40 and older — and 65 percent of those age 50-plus — still think they should get a mammogram every year, a recent NPR health poll found.

Part of the reason for the different guidelines is the debate over whether the benefits of mammograms in catching cancer early are outweighed by the risk of possible false-positive results that could lead to "distress and anxiety" from unnecessary biopsies or additional screening — an argument that a Washington Post editorial called "both patronizing and unscientific."

"The current multiple guidelines are confusing even for medical providers," said breast surgeon Magdalena Lombardi Plasilova, director of the Breast Center at Brookdale Hospital and Medical Center in Brooklyn. She also pointed out that many of these guidelines don't take into account the differences in risk among various racial and ethnic groups.

"For example, African American patients are diagnosed later, with more advanced tumors, and we do not know the biological factors contributing to that," she said in an interview, adding, "Most of my patients don't know if they're at average or high risk. They just want to know when they should start getting screened."

For her part, "I am going to stick with the recommendation of age 40 for now. I would wait for more evidence that 45 is really a better age."

Daniel Kopans, a professor of radiology at Harvard Medical School and a radiologist at Massachusetts General Hospital, agrees that age 40 is a better standard for the best time to start screening than age 45 or 50.

"The scientific evidence shows that the most lives are saved by annual mammography starting at 40 years old," he told the Post, including a 2013 Harvard study that found that half of the women who died from breast cancer were diagnosed while in their 40s. About 70 percent of them were not being screened.

"There are more than 30,000 women diagnosed with breast cancer in the U.S. each year while in their 40s. Why would you encourage women to delay screening until the age of 50, and then give cancers years to grow and spread? This makes no sense," he said.