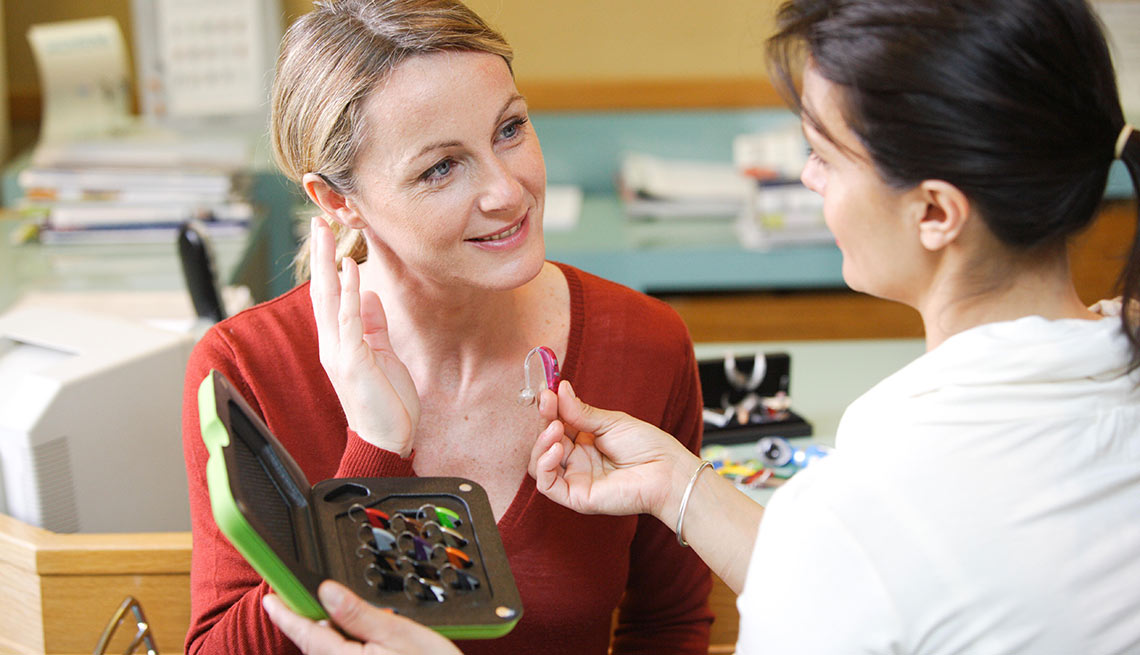 Don’t give up on hearing aids. There’s a right one out there for you.

I’ve been wearing hearing aids for almost 20 years, so you’d think getting a new one wouldn’t be a big deal. But it is! It can take weeks to adjust to a new level of sound.

I’m now approaching the 10-week mark, trying out my third device. Most hearing-aid manufacturers allow a 30- to 45-day fully refundable trial period. (The audiologist may charge a small nonrefundable fee for expenses, usually about $100.) If you don’t like the first aid you try, try another, and then another.

When the audiologist first tested my hearing this spring, she wasn’t sure a new hearing aid would help me enough. I fully qualify for another cochlear implant, but that’s a major decision. It involves surgery, and you never know how well it will work. It’s also an irreversible step.

So my audiologist, Ellen Lafargue at the Center for Hearing and Communication (CHC) in New York, suggested I at least try a new hearing aid. She fitted me with a powerful type known as an RIC (receiver in canal). A soft plastic mold fits snugly in your ear canal and is connected by a tube to a behind-the-ear component, which holds all the mechanics.

The RIC felt tight, and I also wasn’t used to something completely blocking my ear canal. But I know it takes time to adjust, so I wore it. Less than 24 hours later, I had a vertigo attack. Out of the blue as I was walking to meet a friend for lunch, I suddenly saw the world spinning around me. I’m no stranger to vertigo, so I recognized the symptoms immediately. I staggered to the nearest bench and texted my friend, and she helped me into a cab and got me home before I passed out or vomited. I had two more attacks in subsequent days.

I took the hearing aid back to CHC, and they punched a hole in the ear mold — a vent, to allow the air pressure to escape. They also ordered me a smaller ear mold. Two weeks of my trial period were up before I even started wearing the new aid.

At first I hated it. Everything sounded so loud! But I persisted, and although everything stayed loud, I realized voices were becoming clearer as the days went by. I did a little self-testing using my old hearing aid and the new one, and I realized I was hearing much better with the new one.

I was about to seal the deal on the $3,000 RIC when my audiologist received notice that a new Advanced Bionics hearing aid had become available. It’s intended to work with the Advanced Bionics cochlear implant in my other ear. The two devices “talk” to each other. So I agreed to try that one for a while. The “talking to each other” program won’t be available till September. Right now it’s just a plain old hearing aid.

Yesterday, the day I got it, I was ready to take it right back. The world seemed to be rumbling with thunder. My husband’s voice had gotten deep and husky. My car, even with the windows closed, was so noisy I couldn’t hear the radio.

But today the thunder is receding; my husband’s voice sounds more recognizable. I have a follow-up appointment with the audiologist next week. I have a feeling that by the time I get there, this hearing aid will be working fine for me. Especially because there’s a financial incentive: It’s $1,000 cheaper than the RIC.

The learning curve — for your brain, not your ears — is steep when you’re adjusting to a new hearing aid. But wearing the hearing aid as much as possible every day is the only way you’ll ever come to love it. Or maybe you’ll realize after two or three weeks that the world is still thundering. So send that one back. But don’t give up on hearing aids. There’s a right one out there for you.

(Video) There's Something I Want You To Hear: A chat over the phone. Answers to questions. An important conversation. These are things that should never be missed. Up to 40 percent of people age 50-plus have some hearing loss — and much of the time it is left untreated.