Limited-time flash sale: Join AARP for just $9 a year when you sign up for a 5-year term! Find out more. 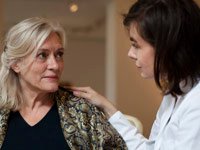