In the spring, trees are the primary source of airborne pollen. During the summer, grasses take the lead role, followed in the late summer and fall by weed pollen, including the dreaded ragweed.

The following five plants are among the worst offenders when it comes to spring allergies. Why? Because they rely on wind, not on insects, to disperse pollen. As a result, they produce a lot of it to increase the chances that grains will reach and fertilize a female flower.

Of course, all that airborne pollen also means more of it is likely to reach your nose and eyes. Read "10 Tips to Reduce Your Exposure" for ways to manage spring allergies.

Next: "Cedar Fever" led Texans to campaign against this tree. >>

The real bad actors for people with allergies are plants that produce very inconspicuous flowers, such as oaks and elms. So if you’re planting with allergies in mind, go for "magnolias, dogwoods, redbuds — anything with bright, showy flowers," says Estelle Levetin, chair of the Aerobiology Committee of the American Academy of Allergy, Asthma & Immunology and professor of biology at the University of Tulsa. "Although it's possible to be allergic to these plants, you would almost need to get your face into the flower" to encounter the pollen. Plus, she adds, "they’re beautiful!"

More plants that are unlikely to cause spring allergies, according to the American College of Asthma, Allergy & Immunology: 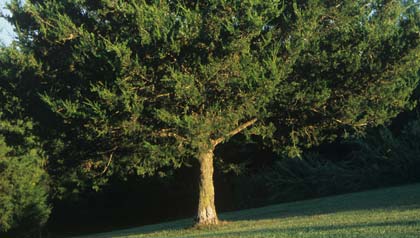 "There are vast populations in central Texas, literally hundreds of thousands of acres are covered with mountain cedar trees. It is a major, major allergen there," says Estelle Levetin, chair of the Aerobiology Committee of the American Academy of Allergy, Asthma & Immunology and professor of biology at the University of Tulsa. The severity of cedar allergies in that region has spawned a movement, "People Against Cedars," to control the spread of the tree. If you live on the East Coast, you may be sensitive to its close relative, the Eastern red cedar (pictured above).

When does it peak? Mountain cedar: December through March; Eastern red cedar: February through April
Where does it grow? Mountain cedar grows in rocky, dry soil in the Southwestern United States (mainly Texas, southern Oklahoma, Arkansas and northern Mexico). Eastern red cedar prefers moist soils and can be found in states on the East Coast and in the Midwest.

Next: With 600 species worldwide, this plant is tough to avoid. >> 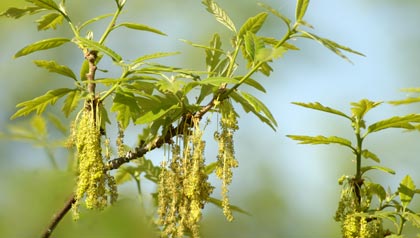 These catkins, shown here on a swamp white oak, release millions of pollen grains, which are carried on the wind to pollinate female flowers.

The oak's hanging catkins, tassel-like appendages that are a few inches long, bear clusters of male flowers. Once these flowers disperse pollen, the catkins fall off the tree — you may have seen them on the sidewalk or piled up on your car's windshield in the spring. Pollen from the catkins fertilizes the oak's female flower to produce acorns. If you're allergic to oak, you may also be sensitive to beech, birch and alder trees, which are in the same family.

When does it peak? February through May
Where does it grow? Throughout the United States

Next: Sneezing in the East and Midwest? >> 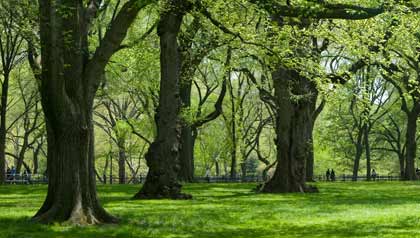 The elm’s graceful vase-shape made it a popular shade tree for city streets. Although elms have been hit hard by Dutch elm disease over the last century, says Dr. Levetin, "it is still an important tree is many parts of the country, [so] we still see a lot of elm pollen in the air."

When does it peak? February to April (white elm or American elm), some species flower in the fall
Where does it grow? Eastern and Central United States

Next: Congested on the West Coast? >> 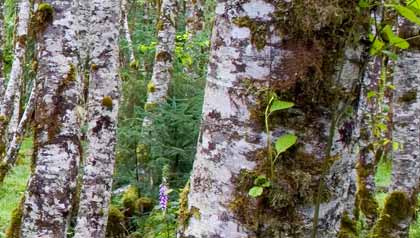 This is the tallest species of alder in North America, and the wood’s red tannin has been used as a dye. If you're allergic to alder, you may also have sensitivity to beech, birch and oak trees, which are in the same family.

When does it peak? February through April
Where does it grow? Cool and moist areas in the Western United States 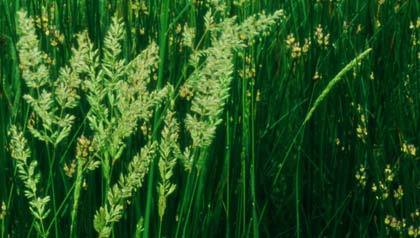 Although summer is peak season for grass pollen, vernal is an early-blooming grass and is behind the sweet smell of freshly mown hay, according to The Encyclopedia of Herbs. The plant contains the natural compound coumarin, which is responsible for the grass's vanilla-like fragrance when cut and dried.

When does it peak? April to July
Where does it grow? In fields and on roadsides throughout the United States

Next: Worst Cities for People With Spring Allergies. >>