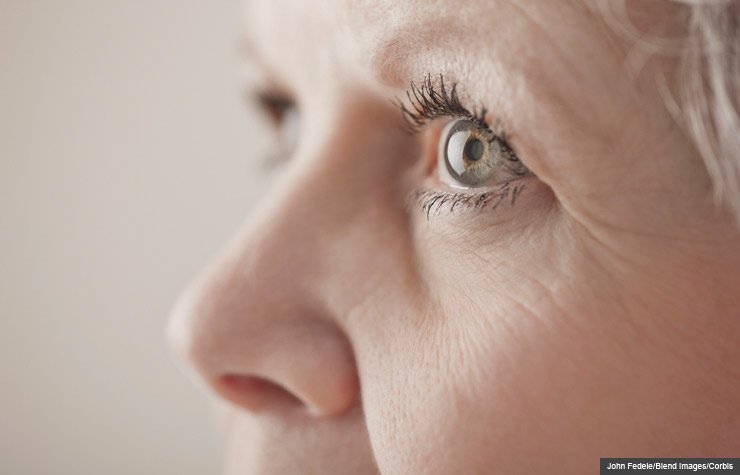 Are you at risk for developing age-related macular degeneration?

Millions of older Americans take low-dose aspirin for prevention of heart attack or stroke, so two new studies suggesting that long-term regular aspirin use might increase the risk for developing a vision-robbing eye disease could be a cause for worry.
Subscribe to the AARP Health Newsletter

The most recent study found that those who used aspirin one or more times per week in the previous year were more than twice as likely to develop the "wet" form of age-related macular degeneration (AMD), a retina-damaging disease that is the leading cause of blindness in older adults. The study, which looked at 2,389 older Australians over a 15-year period, was published in JAMA Internal Medicine last month.

A second study, published in JAMA in December, also found a link between aspirin use and AMD. In a study of 4,926 Wisconsin residents ages 43 to 86 who were followed for up to 20 years, researchers found that at the 10-year mark, aspirin users were about twice as likely to have developed wet AMD.

But the absolute number of people affected was quite small — just 63 of the 257 aspirin-taking Australians developed wet AMD. And because people face a much higher risk of cardiovascular disease than blindness, both eye researchers and heart doctors agree that no one should stop taking aspirin based on this preliminary evidence without consulting their physician.

Aspirin is of "unquestionable" benefit in preventing a second heart attack or stroke, says Sanjay Kaul, M.D., a cardiologist at Cedars-Sinai Medical Center in Los Angeles who coauthored a commentary on the Australian study. The new evidence "is not robust enough" to recommend limiting aspirin use at this time, he says.

True, people do tend to fear blindness more than they do heart attack or stroke, but "it's really a question of what's relatively more important in your life: walking around, or not?" says Barbara Klein, M.D., an ophthalmology professor at the University of Wisconsin medical school and lead author of the JAMA study.

Paul Mitchell, M.D., Ph.D., a professor of clinical ophthalmology at the University of Sydney who helped conduct the Australian study, says the data showed "a modest increase" in the likelihood of developing wet AMD. "But this is insufficient to say if there's a causal link," he adds.

That study also did not determine the aspirin dose each person took, though in Australia the standard dose is 150 mg. In the U.S., people typically take a daily 81 mg pill for their hearts.

Wet AMD takes its name from an abnormal tangle of tiny blood vessels growing in the back of the eye that begin leaking, damaging the retina and causing a cloudy spot to form in the visual field. It is much less common than the "dry" form (caused by a deterioration of tissue), but is more severe — advancing quickly to cause vision loss.

New injectable drugs have proved effective in stopping blood vessel growth and arresting the progress of the disease, says Richard S. Kaiser, M.D., a retina surgeon at the Wills Eye Institute in Philadelphia. And while doctors have long assumed aspirin's relative safety, there is growing evidence there can be significant side effects, he says.

Michael Haederle is a freelance health writer and frequent contributor to AARP.