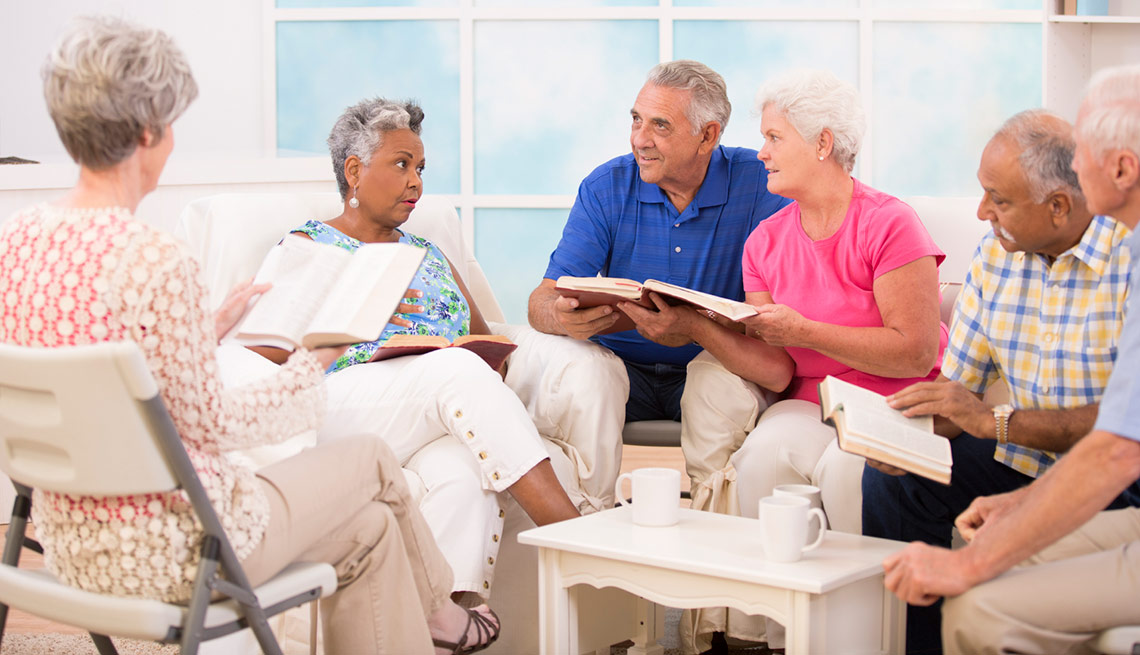 Try these tips for better book club experiences for those with hearing loss.

An estimated 5 million Americans are in book clubs, according to the New York Times, some of them joining more than one. I know people in book clubs for couples, for mothers and daughters, for women only and for men only, as well as history book clubs, biography book clubs, you name it.

From being in book clubs myself, I've learned that they can pose a difficulty for those with hearing loss. Even with hearing aids or a cochlear implant, it may be difficult to understand all that is being said, especially if several people speak at once. But there are strategies and tools that can help you participate fully.

Save on eye exams, prescription drugs, hearing aids and more

There also soon will be a new app, called Ava, that makes use of voice-to-text software to help those with hearing problems follow a conversation. Some friends and I were beta testers and used it successfully with four people, although it can be used for a group of six to eight. The app assigns each person a color, and each time they speak, their color-coded words plus their photo or the first initial of their name show up on every participant's phone. The app can be restarted with a whole new group the next time you want to use it.

It's the most promising voice-to-text system I've seen, although the app's founder says it's still several months away from being on the market.

There's a reason so many Americans belong to book clubs. They're fun, educational, and a great way to socialize and do something constructive at the same time. Just because you have hearing loss shouldn't deter you from joining in.

(Video) There's Something I Want You To Hear: A chat over the phone. Answers to questions. An important conversation. These are things that should never be missed. Up to 40 percent of people age 50-plus have some hearing loss — and much of the time it is left untreated.