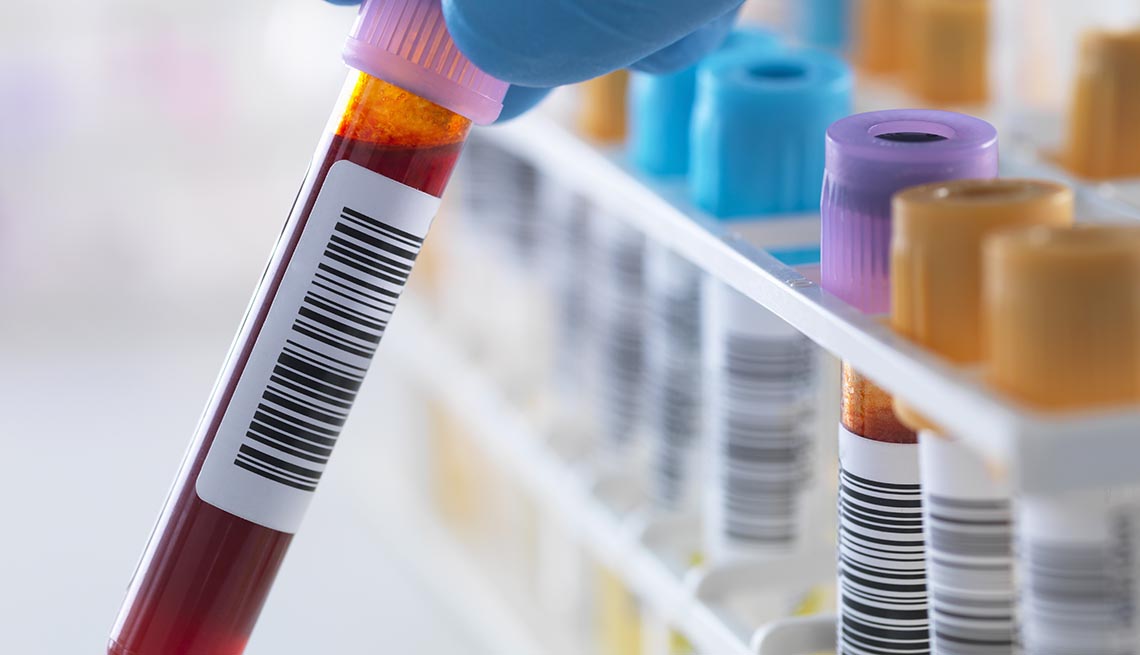 En español | A simple blood test may be able to tell you whether you have Alzheimer's disease and, in some cases, it can detect the disease decades before symptoms set in.

Research presented at this year's virtual Alzheimer's Association International Conference (AAIC) on Tuesday and published in the Journal of the American Medical Association (JAMA) focused on a new blood test that can detect a specific type of protein that serves as an indicator for both amyloid plaques and tau tangles — two defining features of Alzheimer's disease, which is the most common form of dementia.

Alzheimer's is typically diagnosed by doctors through a series of memory tests and behavior evaluations, which some experts say can be inaccurate. If you want to know whether you have the disease before its devastating symptoms appear, then expensive, invasive and often inaccessible brain scans and spinal fluid tests are the only ways to tell.

That is why a simple blood test would “be a game-changer in the fight against Alzheimer's disease,” says Eric Reiman, M.D., executive director of the Banner Alzheimer's Institute and a senior author on the JAMA study.

Early diagnosis is critical despite lack of cure

Although there is no cure for Alzheimer's, which affects more than 5 million Americans and about 50 million people worldwide, experts argue that diagnosing the disease as early as possible is still important.

Inexpensive and accurate testing technologies, for example, could help advance research by identifying “the right people for clinical trials and by tracking the impact of therapies being tested,” Maria C. Carrillo, chief science officer for the Alzheimer's Association, explained in a statement. Better diagnostics would also allow more patients access to clinical trials, where they could benefit from potentially lifesaving therapies.

What's more, an early diagnosis would give patients and families more time to plan for the future and to experiment with approved drugs that can help alleviate symptoms of the disease.

"At least in the United States, 60 percent of patients with dementia never have a diagnosis in their lifetime. They never have an opportunity to assess potentially reversible problems; their families are often left to fend for themselves,” Reiman says. “They don't quite understand that there is life after diagnosis, even though there's not much we can do to slow the progression just yet.”

For the study, an international team of researchers measured a protein, called p-tau217, in the blood of more than 1,400 clinical trial participants from three different cohorts based in Sweden, Colombia and the U.S.

What they found was that the blood test, developed by the pharmaceutical company Eli Lilly, could distinguish Alzheimer's disease from other neurodegenerative disorders by elevated levels of p-tau217 — and with high accuracy (between 89 and 98 percent). That degree of precision is similar to that of positron emission tomography (PET) imaging and cerebrospinal fluid tests, and superior to other blood tests.

In individuals with a gene causing Alzheimer's disease, higher levels of p-tau217 were detectable 20 years before symptom onset.

"Even though it's not a cure, [this test] would be a huge step forward,” says Sarah Lenz Lock, senior vice president for policy and brain health at AARP and executive director of the AARP-founded Global Council on Brain Health. “I have heard from so many families struggling to get an answer as to what's wrong. Patients and families could really use this to help them plan and cope. This is great news. It puts us on the right path to improve care and help people better manage this chronic disease sooner.”

Blood test could be available in two years

Oskar Hansson, M.D., a researcher from Sweden's Lund University and corresponding author on the JAMA study, says it will likely be another two years before the blood test that he and his colleagues studied is available in doctors’ offices. (Other research groups are testing and developing p-tau217 blood tests as well. Some also presented their findings at AAIC 2020.)

Once there, however, he and Reiman see it being used by specialists to help diagnose individuals experiencing memory problems, and eventually, by primary care physicians as a screening tool — especially if more preventive therapies or interventions for Alzheimer's disease become available.

"One of the things I'm really excited about is the idea that the blood test can cause physicians to start thinking about this problem, finding out if people have it, and then developing strategies where families can get assistance to navigate through some of these challenging issues to improve their quality of life — even while we're working to find more effective treatments,” Reiman says.

"I think it's going to have a profound benefit — and soon. We just have to have work through the issues in a thoughtful way.”

More on Alzheimer's and Dementia