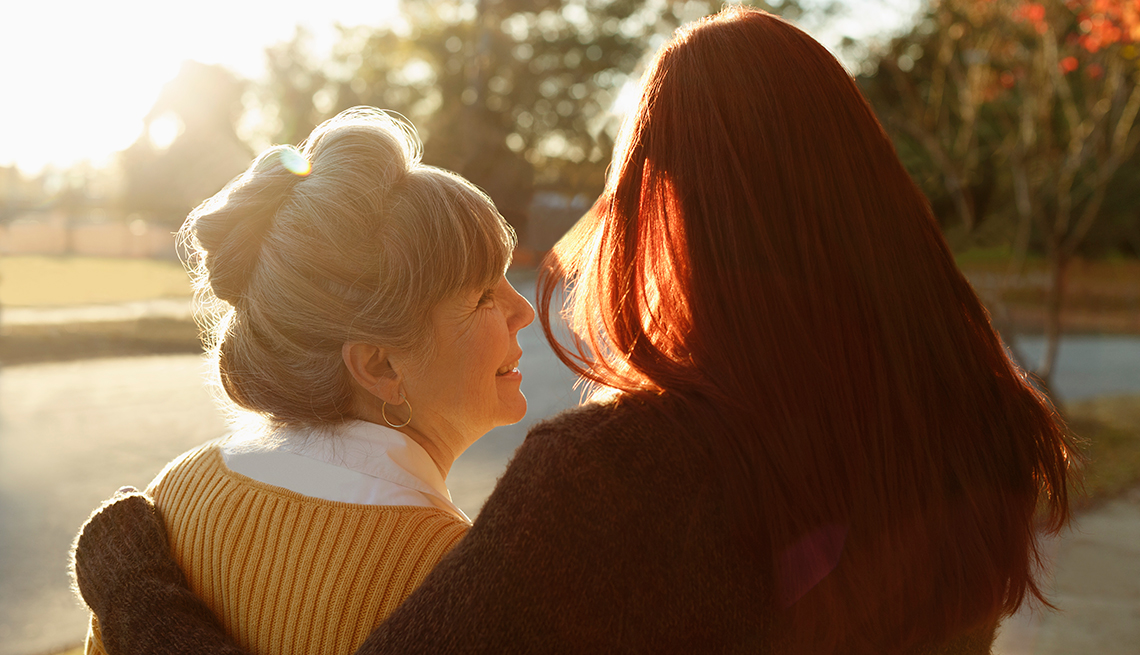 Some studies show a link between a solid social network and a low risk of dementia.

New research shows a dramatic increase in deaths from Alzheimer’s disease, with the number climbing from 16.5 per 100,000 Americans to 25.4 per 100,000 between 1999 and 2014. Specifically, some 5.2 million Americans suffer from the disease, with nearly 94,000 dying of it in 2014. That number is only expected to rise as the elderly population grows. That’s why it’s more important than ever to do what you can to keep Alzheimer’s at bay. Here are five lifestyle tweaks that could help you ward off dementia.

Simply adding a one-hour walk to your schedule, three times a week, can reap big rewards when it comes to dementia. A new study out of the University of British Columbia in Canada found that walking could boost brain function in those with vascular dementia. Specifically, researchers found that those with mild vascular dementia impairment who began walking frequently enjoyed lower blood pressure and showed improvement on cognitive tests. They also demonstrated more efficient thinking skills than those who didn’t walk frequently. Vascular cognitive impairment — which is most likely caused by damaged blood vessels in the brain — is widely viewed as the second leading cause of dementia, after Alzheimer’s.

The connection between loneliness and Alzheimer’s isn’t clear-cut, but some studies do show a link between a solid social network and a low risk of dementia. In one four-year study of 800 people 75 and older, lonely individuals were more than twice as likely to develop dementia symptoms than those who enjoyed a close circle of friends and family members. The biggest benefits were seen among those who were not only more socially engaged, but who were also more physically and mentally active at the same time.

In an even larger study involving 2,249 women 78 and older, researchers found that those with larger social networks were 26 percent less likely to develop dementia than those with smaller social networks. And women who connected daily with friends and family slashed their risk of dementia by nearly half.

The Alzheimer’s Association doesn’t mince words: “There appears to be a strong link between future risk of Alzheimer’s and serious head trauma, especially when injury involves loss of consciousness.” Therefore, it’s imperative that you protect your head by wearing a seat belt, using a helmet when participating in sports and making sure your home is fall-proof. While you no longer may be playing football, you might be cycling. If so, wear a helmet. To help make sure your home is fall-proof, take the following steps, all from A Place for Mom, a free senior-care referral service:

4. Be more mindful of your diet

First, make sure your diet is rich in vitamin D, which is critical for robust cognitive function. (Besides the sun, good sources include tuna, salmon, and milk and orange juice fortified with vitamin D.) A six-year study involving 1,600 people linked Alzheimer’s disease with vitamin D deficiency. “Those who were severely deficient in vitamin D were more than twice as likely to develop Alzheimer’s and dementia than those who had adequate levels,” according to an Alzheimer’s.net article on the study.

In general, because obesity, diabetes and high cholesterol are all risk factors for dementia, it’s important to talk to your doctor about your diet and daily calorie intake. Eating more leafy greens and cutting back on red meat have also been shown to reduce your dementia risk. And in bad news for diet soda lovers, new research finds that the artificial sweeteners used in diet drinks have been linked to a greater risk of dementia and stroke.

You may be getting sleep, but are you getting enough sleep? If you aren’t sleeping at least seven to eight hours a night, you could be setting yourself up for an array of health problems, including dementia, says a report from the Global Council on Brain Health, a collaborative from AARP.

Indeed, one recent study indicates that a lack of sleep may actually lead to Alzheimer’s. Why? Because a lack of sleep means less time for your nocturnal cleaning system to work. This system — also known as the glymphatic system — removes proteins called amyloid beta that can turn into the plaques that contribute to Alzheimer’s and dementia — all while you sleep.

“It’s a myth that adults need less sleep as they age. The evidence is clear that better brain and physical health in older people is related to getting an average of seven to eight hours of sleep every 24 hours,” said Sarah Lock, the council’s executive director and an AARP senior vice president.