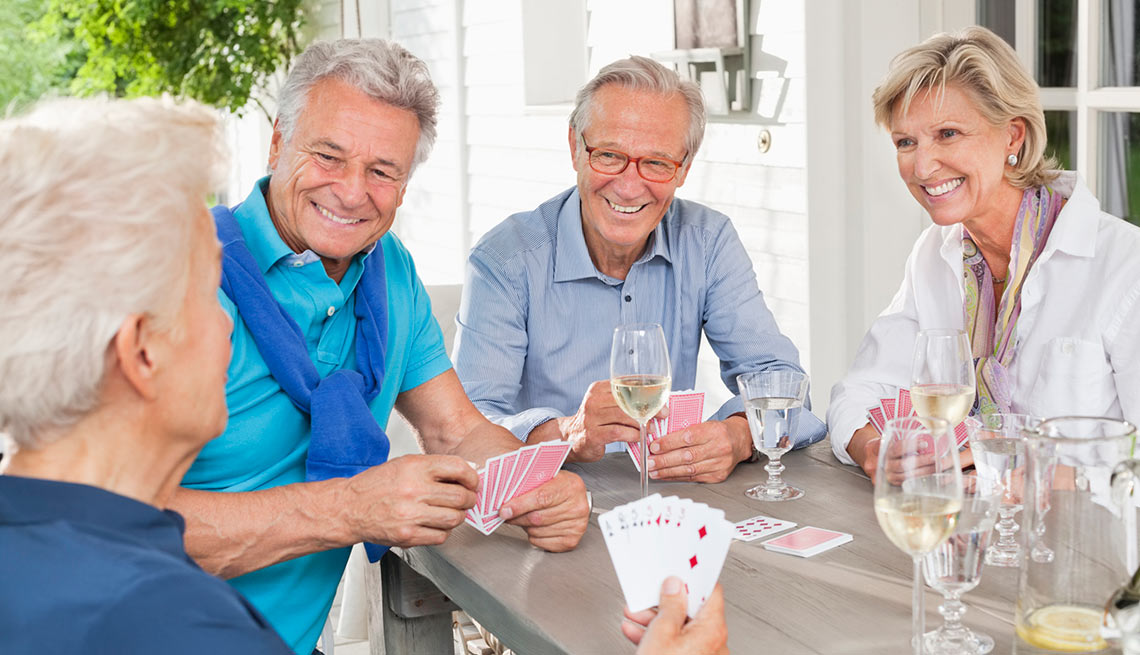 Playing cards, board games and chatting with friends are good for your brain health.

En español | What you are doing right now may help protect your memory. A new study finds that computer use — whether checking Facebook, sending emails or paying bills online — seems to be particularly effective for keeping your brain sharp. Playing cards or board games, reading magazines, knitting or painting, and chatting with friends are also good for your brain health.

The study of about 2,000 men and women age 70 and older participating in the long-running Mayo Clinic Study of Aging showed that those who used the computer at least once a week were 42 percent less likely to develop memory and thinking problems than those who rarely logged on.

Those who engaged in a variety of other activities were 23 percent less likely to develop memory problems than those who were less engaged in fewer activities.

“The results show the importance of keeping the mind active as we age,” said study author Janina Krell-Roesch, with the Mayo Clinic in Scottsdale, Ariz., who presented the study at the American Academy of Neurology annual meeting this week in Vancouver, Canada.

Researchers followed the study participants for an average of four years and tested whether they developed mild cognitive impairment, a condition that is often — but not always — a precursor to Alzheimer’s disease. Here’s what they found:

Ronald Petersen, M.D., director of the Mayo Clinic Alzheimer’s Disease Research Center and another study author, noted that even the men and women in the study who carry a gene that makes them more likely to get Alzheimer’s disease had a reduced risk of memory problems if they regularly used the computer and took part in social activities. (The other types of activities weren’t linked to a lower risk of memory problems for those with the gene.)

“These activities may enhance synaptic connections in the brain and induce or promote new connections,” Petersen said, adding that research is increasingly finding that lifestyle factors may help strengthen the brain to allow it to withstand disease.

In addition to attending the neurology conference in Vancouver, Petersen was participating in a Global Council on Brain Health meeting with an emphasis on exercise and brain health.

Kaycee Sink, a geriatrician who heads the Memory Assessment Clinic at Wake Forest Baptist Medical Center and was also attending the global council meeting, noted that the Mayo Clinic study could show only an association between the activities and protected memory — not cause and effect.

She said study participants who were in early stages of mild cognitive impairment might have trouble with these activities. “So it’s possible that doing fewer activities is a marker for disease rather than the converse — that participating in the activities is reducing risk,” she said. It would be interesting to know, for example, whether these were people who had never used a computer or previously used a computer regularly and then stopped.

Nevertheless, Sink said, she advises her patients to stay cognitively and socially active. “Even if it doesn’t prevent dementia, being engaged is beneficial for one’s well-being.”

Other studies have found that spending time with friends, for example, reduces the risk of depression and decreases blood pressure. “If you isolate yourself and stop engaging with others, who is going to be your social support?” Sink said.

Elizabeth Agnvall is a features editor for health at AARP Media.