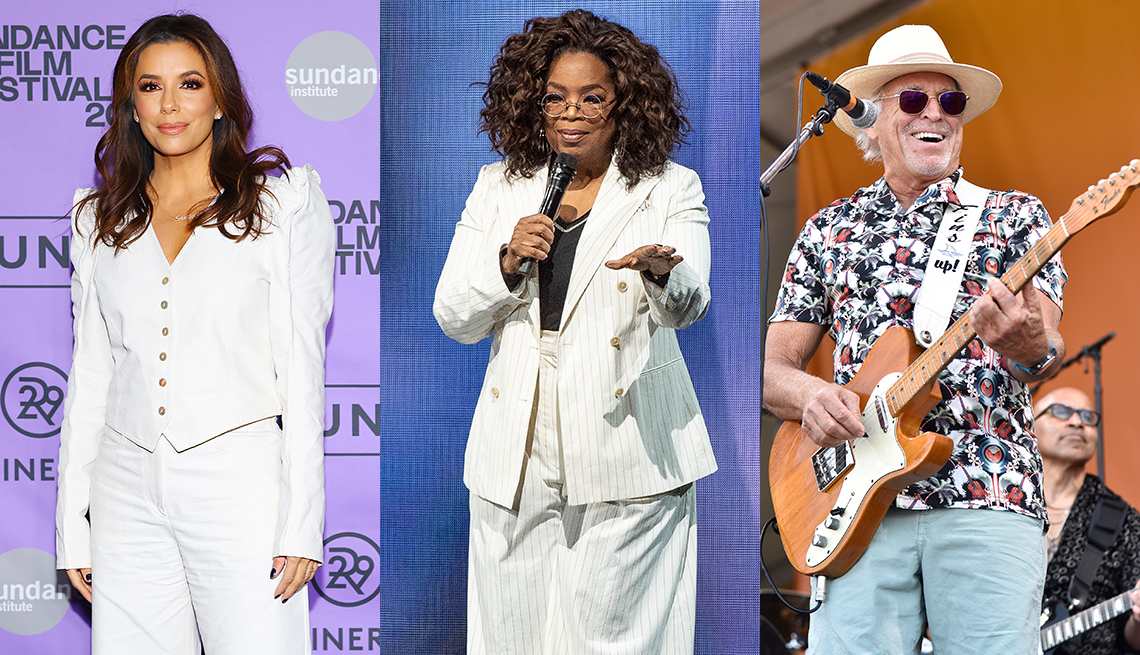 It's a great week to catch these performance events in the comfort of your own personal theater. You're in charge of the popcorn.

This 24-hour-long, global livestreaming event is part sit-in, part telethon and a full-on happening. A phone book full of celebrities, former U.S. presidents, thinkers and activists will dial in live to broadcast this epic marathon of programming to share comfort, raise funds and offer ways to volunteer to help those affected by the COVID-19 pandemic. Oprah's going to be there. Are you?

Originally planned as Long Play, a three-day new music festival in Brooklyn, N.Y., the performance has pivoted to streaming in a practically all-day affair. Meredith Monk heads up a thrilling collection of musicians performing works from Philip Glass and Steve Reich classics to new works commissioned for this event. Drop in or stay all day. It's a horizon-expanding event.

Go here to watch: Bang on a Can Marathon

The Met has been sharing its Live at the Met opera performances every night for weeks, and now's the time to get in on this wealth of classical riches. The Met's 2014 production of Borodin's Russian epic stars Oksana Dyka, Anita Rachvelishvili and Ildar Abdrazakov as the tormented Russian prince; is performed in Russian; and is conducted by Gianandrea Noseda. The production goes “live” at 7:30 p.m. ET, but remains on the site to stream at any time for 24 hours, until May 4, 7:30 p.m. ET.

This beloved New York City festival goes virtual this year with daily broadcasts on its YouTube channel through May 15. Discover homemade videos by some of the world's great guitar players, each performing a song by the famed blues musician Reverend Gary Davis. Donations will benefit MusiCares COVID-19 Relief Fund.

Broadcast starts at 4 p.m. ET and updates every day through May 15.

Latin music stars Gloria and Emilio Estefan, Luis Fonsi, J Balvin, Diane Guerrero and Ana Brenda Contreras have teamed for a virtual Cinco de Mayo celebration (more stars are joining all the time; check the website for the expanding lineup). The virtual concert will stream live on Facebook Live, YouTube, Twitter, and iHeartLatino's radio stations and websites, among other social media platforms. The goal is to raise $3 million — one $5 donation at a time — for the Farmworkers’ COVID-19 Pandemic Relief Fund. It's a jam-packed day of at-home all-star performances, celebrities, comedy skits and much more.

No one can wash away the pandemic blues like Jimmy Buffett, and this spring he's rebroadcasting footage of previous concerts during the months of April and May. This show was recorded in Dublin in 2019, and is exactly the laid-back, high-spirited antidote for what's ailing all of us in 2020. Flip-flops optional, but recommended.

Broadcast starts at 5:30 p.m. ET and is available archived for the foreseeable future.

Andrew Lloyd Webber's The Shows Must Go On, 2 p.m. ET

This is pure delight, and a wonderful way to kick off the weekend in the marvelous company of Andrew Lloyd Webber. The famed creator of some of Broadway's greatest musicals is now streaming one of his musicals in its entirety every week. While the broadcast kicks off in the U.S. in the afternoon (that's showtime in London!), you can wait to watch it later if you like — the show is available for 48 hours. This Friday, catch Andrew Lloyd Webber: The Royal Albert Hall Celebration, featuring music from all of his major musicals including Cats, Sunset Boulevard, The Phantom of the Opera, Evita and more. Look for luminaries Elaine Paige, Glenn Close, Sarah Brightman, Tina Arena, Antonio Banderas, Donny Osmond, Michael Ball and others.

Broadcast starts at 2 p.m. ET and is available for 48 hours.

Go here to watch: Andrew Lloyd Webber's The Shows Must Go On