Paul Reiser, 63, tells AARP about the revival of his beloved 1992-99 sitcom Mad About You (Spectrum TV) costarring Helen Hunt, 56, and his new role as a bald, paunchy guy dating Michael Douglas’ 30-ish daughter on The Kominsky Method (Netflix).

"...in my mind, reunions and reboots were always a little pathetic. All you could do was go, 'Ooh. she really let herself go. Boy, did he get old.' I didn't want to be that guy."

I don't want to say I'm not a big fan of nostalgia — I enjoy memories, music and movies that were important to me years ago — but in my mind, reunions and reboots were always a little pathetic. All you could do was go, “Ooh. she really let herself go. Boy, did he get old.” I didn't want to be that guy.

The bright side of reboots

It's really interesting to take stock of where you are; what dreams have not come true; what has surprised you; what has been good; what has been. This is actually not nostalgic. It's, “Let's just open up the box and see what these people are going through 20 years later.” Recently when I started doing stand-up again, in every town, people would tell me about how this episode meant everything to them, or this joke's a running joke in their home, or they got married to our theme song. It's a nice spot to be in.

The “empty nest” didn't mean anything to me until I went through it. Literally when we were talking about doing this show, my son left for college back East. And I went, “Oh, I get it.” I didn't quite know what to do with all this parenting energy. Surprisingly, it impacts the relationship. The kid was like cartilage between two bones. When you take the kid out, now it's bone on bone. Suddenly there's nothing insulating you. 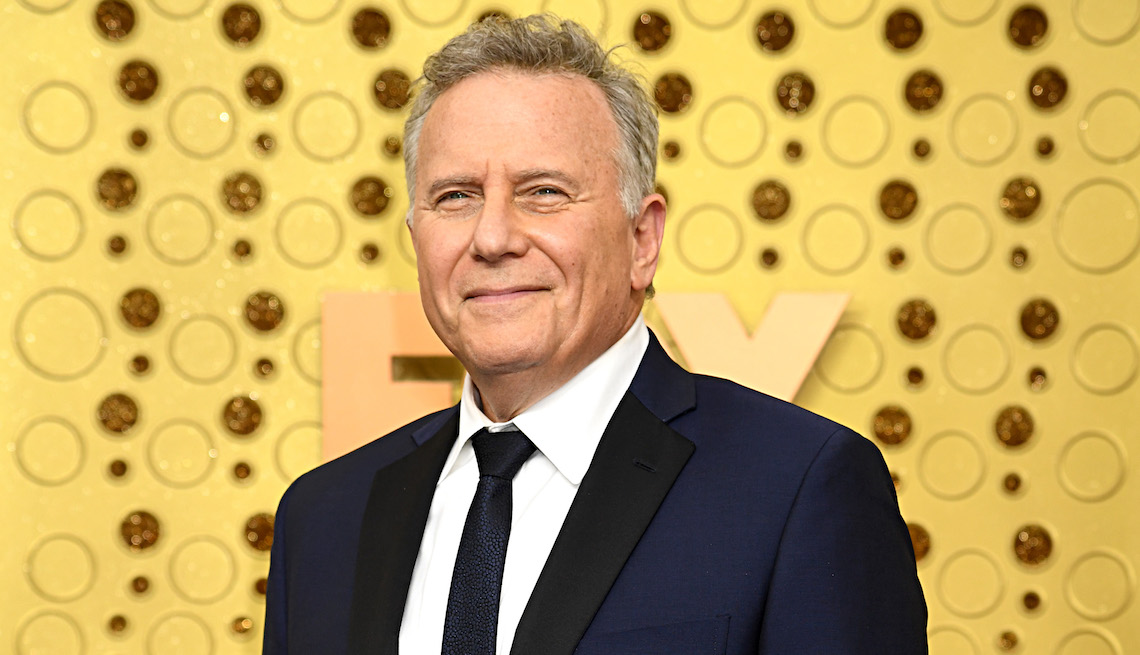 The benefits of aging

Our joke on the show was that the writers only have to write scripts that are half as long because every other word will be “What?” There are a lot of not-great things about getting old, but one of the things I really do like is that you're more comfortable with yourself. You know more. You don't worry about as much as you used to. Little things don't bother you so much because you're so frightened by the big things; you don't have time, so you drop off the little things. A lot of life has happened to me and Helen, and that informs the show.

I'm on a very strict bacon and tobacco diet! As you get older, you have to get your sleep, your exercise, and keep your heart moving. I'll do half an hour on the elliptical, an hour if I can. It's demanding, but I also find it invigorating.

We have a lovely home and a lot of trees. I like to sit and do nothing, which is a challenge. The other day I said, “Let me think about this story for next week.” Then I thought, How about I don't? Don't use every time as working time. I've been playing the piano a lot lately — my relaxing thing.

Busier than ever at 63

I like working hard. There's no plan. Stranger Things happened because the creators know me. The Kominsky Method happened because I thought it was so great I shot producer Chuck Lorre an email and jokingly — well, half-jokingly — said, “Why don't we do that? I can do a show like that. Two guys sitting in a car, how hard can that be?"

Waking up older on ‘Kominsky'

I would go to sleep for three hours while they did the makeup, wake up, look in the mirror, and see my father without the ponytail. It's a dream job, other than the three hours of makeup.

Michael Douglas was this enigma, so famous for so long that you just take it for granted. Working with him, I thought, Oh my God, he's really good because it's subtle. That was an education for me. He doesn't seem like he's doing much, he's just talking to me, and then I'd see it onscreen and go, “Oh, that's why he's a big star. He's really, really good, but not flashy.” With De Niro or Pacino you see the sparks. Michael Douglas is sort of sly about it.

Back to his stand-up roots

I hadn't done stand-up since the first Mad About You started. I would love to have nothing else to do for six or eight months. Let me go out and do five, six shows a week. There's nothing more fun. But every time I do, something comes up and I have to cancel.