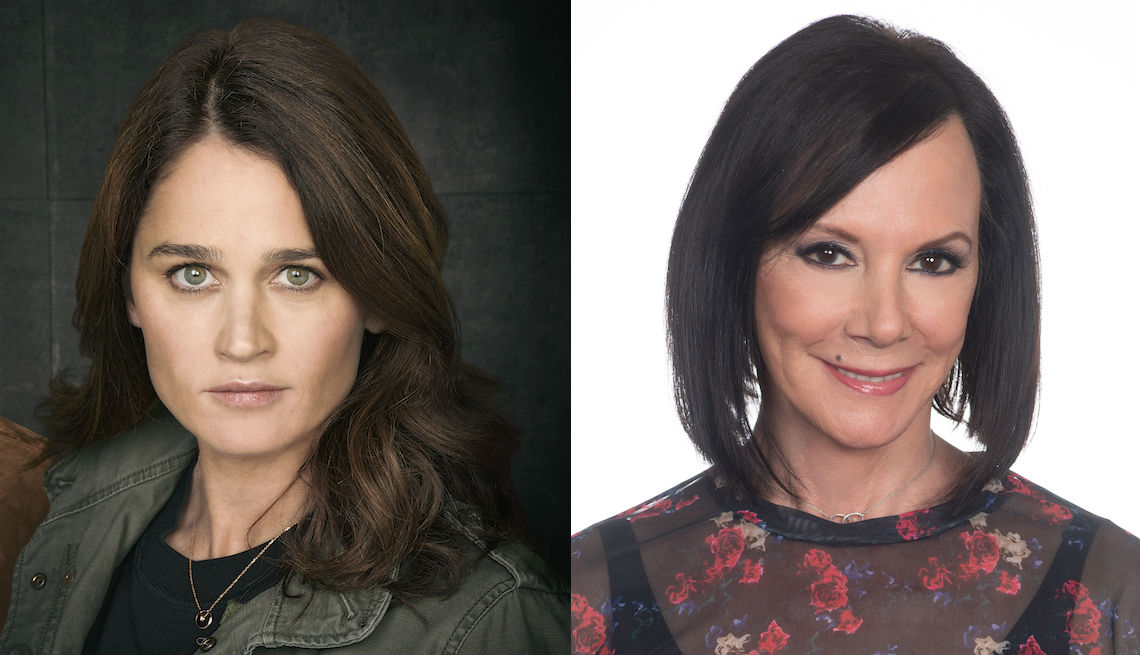 If you want to know what it was really like to be Marcia Clark, now 65, losing the 1995 double murder case against O.J. Simpson, the best way to find out is not to watch the new show she’s executive producing, The Fix (ABC, Mondays starting March 18, 10 p.m. ET). To relive that drama, watch the Oscar-winning 2016 documentary O.J.: Made in America or the 2016 miniseries The People v. O.J. Simpson: American Crime Story, which earned Sarah Paulson the Emmy and the Golden Globe for playing Clark.

At a 2018 Television Critics Association (TCA) meeting, Clark said that Paulson, “who was somehow, without ever meeting me, able to deliver how it felt to be me, [was] amazing. It did give people a truer picture of what it was like to be there."

But The Fix gives you hints about Clark’s worst case while delivering a conventional law drama — and it’s exhibit A in her growing show biz career, which also includes an upcoming true-crime show in development for Britain’s ITV network. On ABC’s fictional The Fix, Robin Tunney stars as Los Angeles District Attorney Maya Travis, who fails to win a double-murder conviction of the famous black actor Sevvy Johnson (Lost’s Adewale Akinnuoye-Agbaje, 51). So he’s still lounging around his fancy infinity pool, and she flees to live the good life on an Oregon ranch that the real Marcia Clark might not be able to afford.

As Clark said of The Fix, which was unveiled at last fall's TCA meeting: “Is it a revenge fantasy? Maybe."

Unlike O.J., Sevvy is an A-list, Oscar-winning Brit, and eight years after his not-guilty verdict, he’s suspected of another murder. So Maya comes out of seclusion and takes him on again — though there’s no telling whether he’s actually guilty.

Tunney told the TCA audience she was scared by the thought of playing Clark. “I said, ‘Marcia, I’m not playing you, am I?’ Because that’s a lot of pressure. Sarah Paulson did incredibly well,” Tunney said. “And she said, ‘No, you are absolutely not playing me.'  [In real life] Marcia stood and fought. She lost [the O.J.] case, but she wrote books, she’s got an unscripted show (A&E’s Marcia Clark Investigates the First 48). My character ran away and didn’t want to be in the spotlight. They are very different people. My character let that loss and that defeat define her, and Marcia didn’t. She just kept fighting."

“It made me a much more depressed person, actually,” Clark said of the O.J. trial. “It was like staring into the face of the divide in this country, staring into the face of manipulations that had nothing to do with the evidence, that were brought into a courtroom and should never have been allowed to be. It was watching justice being thwarted on a daily basis. And justice was a mission to me. I was a defense attorney before I was a prosecutor. I have defended cases since then. I have taken indigent appeal cases. And justice is incredibly important to me, and watching justice get thwarted … was very painful.”

Instead of a courtroom drama like the O.J. trial, The Fix, Clark said, “is a law show that’s not about the law.” It concentrates on showing how “this murder case affects everyone, personally. Maya goes home, and it affects her relationships. It’s all about the personal. There’s a lot of soap involved. There’s a lot of roller-coastering involved, because it’s all emotional … what happens to them in their lives as a result.”

Playing a Clark-like yet not Clark-like character who is way more emotional than Clark was in public, Tunney has Clark's passion for justice but not quite the fierceness the real prosecutor displayed.

As Clark told the TCA members, “I never was, and I’m still not, fun."