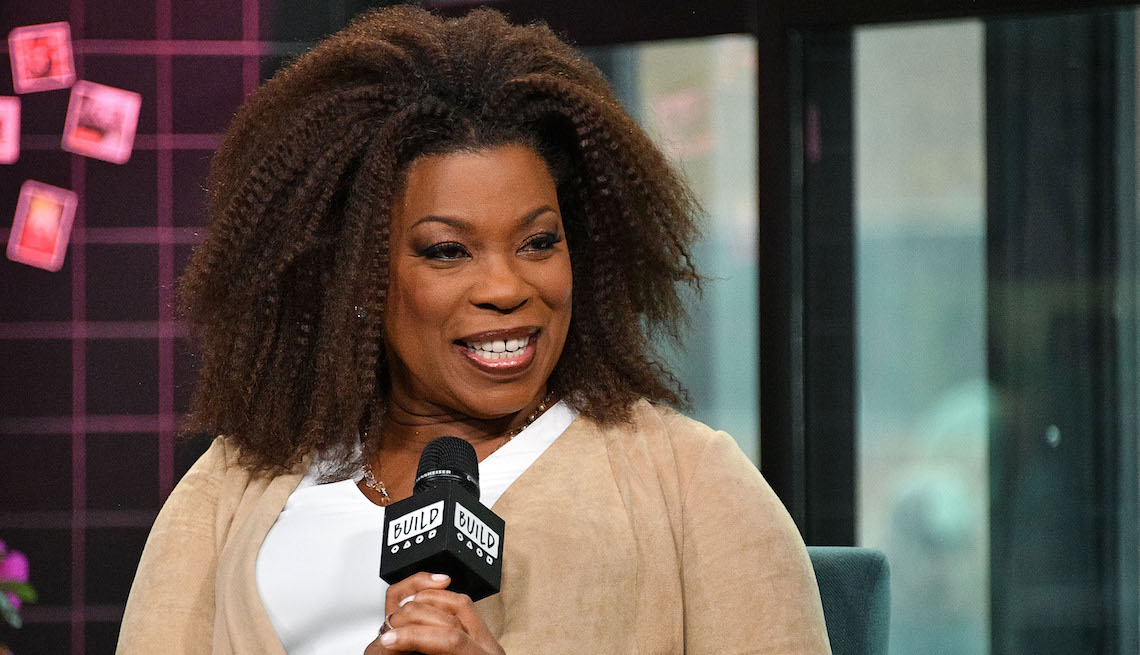 Lorraine Toussaint, 59, is in the middle of a “Lorrainaissance.” Known for her role as the unhinged Vee in Orange Is the New Black, she recently costarred as a motherly social worker on NBC's The Village, played a sorceress on AMC's Into the Badlands and is set to appear in a biopic about Gloria Steinem as the flamboyant activist Flo Kennedy. Every new role, she says, is a joy: “I really want to see how much fun I can have in as many directions as possible.”

Your characters have all been so different — how have you avoided being typecast?

Every time I play a certain type of character it surprises people, but I think it also gives them permission to consider me for an even more different character. That's exciting.

You play the activist Flo Kennedy in the upcoming Gloria Steinem film. What was it like trying to channel someone so flamboyant?

Flo made me nervous because Flo herself was larger than life in life. She was so badass. I thought, "How do I balance playing a larger than life character in a naturalistic medium?" She made very unusual choices in her professional life and her public life that led to eccentricity — but eccentricity is always fun to play, whether it's external or internal.

Is there one recent character that's closest to your heart?

I've been really fortunate to delve into the minds and the psyches of very interesting and unusual women, whether they came to me as unusual women or whether I infused them with unusual choices — I think it's probably a fusion of the two. I have this very special fondness for Cressida in Into the Badlands. She's a bit of a sorceress, a bit of a witch, a military strategist, in a post-apocalyptic world. I spoke a completely different language that was created for her.

And, of course, there's Patricia [from The Village], who in some ways is very much like me, maybe more at the center of my wheelhouse than any character in quite a while. I felt very aligned politically, spiritually, with that character. Patricia is very dear to me and very close to who Lorraine is, essentially.

The Village is set in an apartment in Brooklyn, which is where you grew up. Does that make the connection feel even stronger?

It does and it doesn't because I've been gone from urban living for many, many years, and at core I'm not an urban creature, I'm at core a rural creature. I live in Midtown, but it's hard for me — it's tough for me to be in a city as much as I am now. I lived on six acres in the mountains with my own well in Malibu. If I had my druthers, that's where I'd be, on a mountain with my own well.

Is it a conscious decision to choose projects that emphasize diversity?

It is quite conscious. I'm interested in a certain kind of work, and I do take responsibility for the work that I put out because I do have a sense of the power of these mediums in people's lives. I am always on some level aware of, “What am I saying with this piece of work? What am I putting out there? Am I part of the problem or part of the solution?”

Your thriving career has been called a “Lorrainaissance.” How do you feel about that?

I feel like I'm coming into my own again, that this coming home to myself again is even deeper and fuller and has so many more variations of color based on the life that I've been quite fully living. I say to young actors when they ask me for advice, “Live. Live fully. Don't skip any beats, don't push anything away, go at it straight down the barrel.”

How do you do that — stay fully present?

Wake up, number one. Most people are asleep or sleepwalking or dreaming they're awake. It's hard to wake up, and it's even harder still to stay awake because so much in this life is designed to put you to sleep, to keep you unaware and sedated in your own life, in your own mind, in your own body. Recognize what those traps are and don't go down those roads. Stay awake. And then show up in full presence.

There may be a lot of things in my life, but my god, it's not boring.

How do you feel about turning 60 next year?

I've gotta tell you, this birthday was the first birthday that made me go, “Hey, wait a minute! Hold on! You mean the next one's going to have a six attached to it? Hmmm….” In this culture of youth and certainly in this business of mine that reveres youth, it's nice to be in the middle of a Lorrainaissance, because I'm not a part of that thinking and still have the privilege to be contributing work that I believe has resonance and relevance. That's nice.

You have a blog called Everyday Lovely. What's that about?

At core I think every day is lovely, that every day I'm alive is lovely and deserves to be honored in a lovely way. That loveliness can be marked in everyday kind of ways. It doesn't take very much to mark the loveliness of a day, of a moment. You know, gathering some wild flowers or making your bed in a lovely way or putting a flower in your child's lunchbox. It just takes that extra step. When you commit to living lovely, lovely will find you wherever you are.