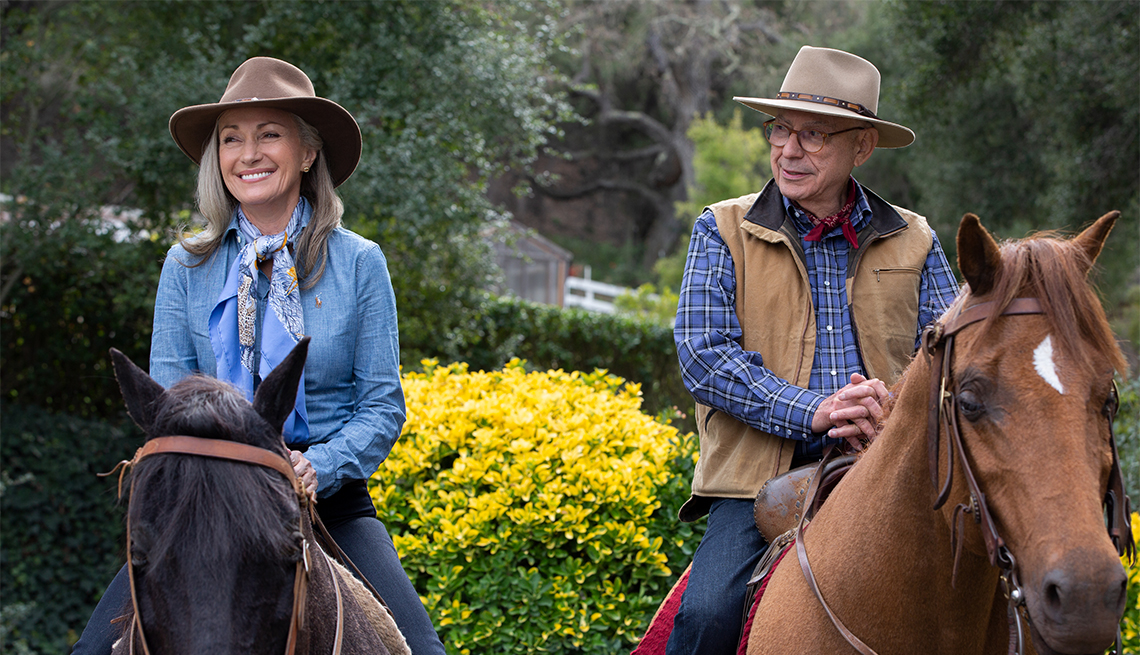 Jane Seymour and Alan Arkin in 'The Kominsky Method.' 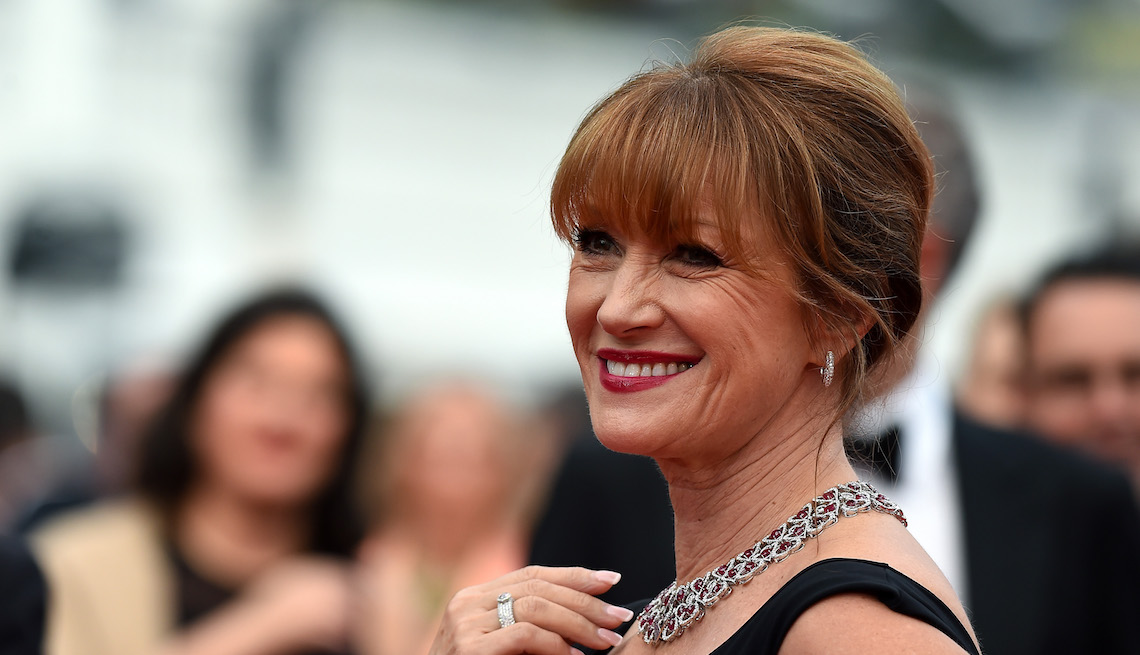 From Bond girl to TV's Dr. Quinn: Medicine Woman, Jane Seymour has kept her acting career thriving for decades. Now she's taking on a new role, as Madelyn on the second season of The Kominsky Method, premiering on Netflix on October 25. The comedy follows an acting coach (Michael Douglas) who had a long ago moment of fame, and his best friend and agent (Alan Arkin) as they navigate their friendships, family, romances, work and health issues in a later stage of life.

We talked to the actress about the show, women in Hollywood, being a grandmother (she has six young grandchildren, who call her Oma) and more.

What's great about The Kominsky Method

Everyone [Michael Douglas, Alan Arkin, Paul Reiser] in Kominsky is at the top of their game. It's not often that you really get great actors and great material at the same time.

The time for women in Hollywood is now

There's always been less for women of a certain age but now with so many different channels and outlets, they are actually addressing the baby boomers who might want to explore the complexity of their current situation — which includes a lot more baggage than any story about someone in their 20s. Back in the day, it was “Oh, when they're over a certain age, they're kind of grandma, lets ignore them.” Those characters have become fascinating now. Some actors are afraid of playing older characters. I'm not because that's where it gets really exciting and interesting because you bring all your experiences that you've had yourself into it.

'...I do ballet barre that I can do anywhere. I'll do some releves or pliés while waiting for baggage at the airport. You don't have to go to a gym to do things that are good for your body.'

Energy is not a problem

I have grandchildren, my youngest [child] is 23 years old and I can keep up with them. Sometimes I can exhaust them. All my kids seem to come home quite a lot and bring their friends with them. Last night, until one in the morning, we had people here for a screening in the house — of High Strung Free Dance, a movie I made last year. Most of the kids in that were 19 or 20 when we started. It's exciting…. I have a very exhilarating life.

How to stay in shape anywhere

I try to do an hour of fast walking, or reasonably fast walking, three times a week. If I don't get to do that, I'll do a bit of spin cycling with weights, pilates, gyrotonics. Or I do ballet barre that I can do anywhere. I'll do some releves or pliés while waiting for baggage at the airport. You don't have to go to a gym to do things that are good for your body. I also grow all my own fruits and vegetables in an organic garden in the back of my property. I love watching things grow.

The philosophy of golf

I've got this philosophy now that golf is perfect for ex-dancers, or for current dancers, because it's a very fluid movement, and dancers understand shapes and forms and rhythm and grace. If you have had dance training, it's something you can pick up much quicker than someone who hasn't.

Bond for the next generation

How nice that young people who weren't born or even considered being conceived can still vaguely recognize me and get excited by that. My grandchildren are obsessed with it. My 6-year-old granddaughter asks, “Can we watch Oma in James Bond again?” They talk about the scenes with the snake and the crocodiles.

Bond in the #MeToo era

It's a great franchise. I'm happy to have been in it. Each era of Bond is completely reflective of the era we're in and mine was much more tongue-in-cheek and old-fashioned. You could not make Live and Let Die today. It would be very inappropriate.

To have unique experiences one-on-one or sometimes two at a time with my children. I'm exposing them to the world I am part of, and to some degree the work that I do and the philanthropy that I'm involved in. That's what's thrilling me now.

Watch it: The second season of The Kominsky Method will be available on October 25 on Netflix. Season 1 is out now.