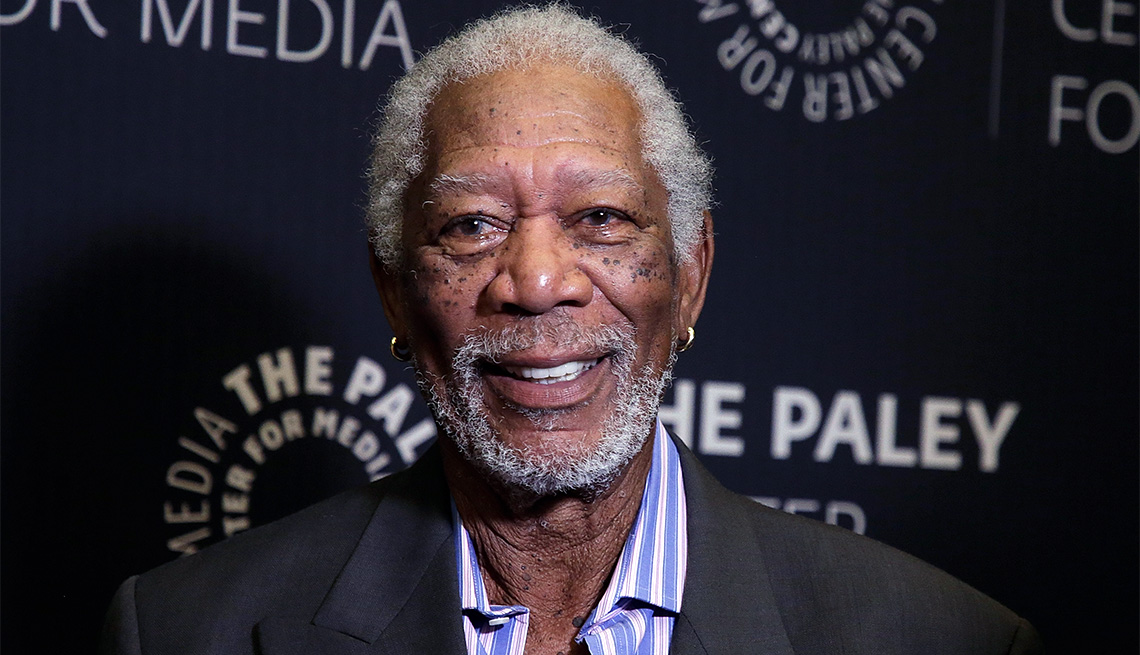 Morgan Freeman, the career achievement award winner at last year's AARP Movies for Grownups Awards, will get the life achievement award from his peers Sunday at the Screen Actors Guild Awards in Los Angeles. Freeman, 80, is just one of the age 50-plus actors in TV and film who will walk the red carpet — and several are almost certain to hear their names called as winners.

For the first time ever, the show, airing on TNT and TBS at 8 p.m. ET, has a single host, Kristen Bell of The Good Place. Also new: All presenters are female this year, and so is every star seated at the conspicuous table right by the stage. Five of the eight stars at the prestige table are over 50: Jessica Lange, Jane Fonda, Lily Tomlin, Halle Berry and Goldie Hawn, reflecting the growing power of grownups in the industry. Three Billboards Outside Ebbing, Missouri leads the film categories with nominations for best actress, best supporting actor and cast. In TV, Big Little Lies, GLOW and Stranger Things dominate. Here are the actors over 50 who have the best shot at winning.

Outstanding performance by a cast in a motion picture

Three Billboards Outside Ebbing, Missouri will constitute a win for grownup cast members Frances McDormand, 60, who also recently took home the Golden Globe for best actress, and Woody Harrelson, 56 — and also for fans of smart, deep, original movies made for grownups.

Gary Oldman, 59, for Darkest Hour. If his rousing Churchill impression doesn’t win, it will be a mystery wrapped in an enigma.

McDormand is stunningly good as the enraged mother of a murdered girl. She may be the Hollywood actress least preoccupied with prizes, but that purist professionalism is part of why she’s the front-runner.

Willem Dafoe, 62, for The Florida Project. Seldom has a seasoned actor's experience been more vital to a scrappy indie film's success. He inspired and helped guide the breakout performances of the kids who broke everybody's hearts. And for once, he isn't scary.

Critics' prizes have rained down on Laurie Metcalf, 62, as the doleful, devoted mom in Lady Bird. The fact that her old Roseanne show has been revived doesn't hurt her profile either. But Allison Janney, 58, never had a more striking part than the doleful, not at all devoted mom in I, Tonya. And unlike the shy Metcalf, she's been campaigning like crazy on the awards circuit. We'll celebrate either victory equally.

William H. Macy, 67, for Shameless. He's won twice for this role, and the third time's a charm. When he unexpectedly beat Transparent's Jeffrey Tambor, 73, for last year's SAG award, he was so surprised, he didn't have a speech prepared and had to improvise. Bet he has one in his pocket on Sunday.

Julia Louis-Dreyfus, 57, for Veep. Nominated for the role twice before, she will finally score this season. That's partly because SAG's 120,000 members, many of them liberals, love her biting critiques of real politicos, as well as the show's savagely funny cynicism. Also, she just finished chemotherapy last week, so who isn't rooting for her?

Robert De Niro, 74, for Wizard of Lies. Playing Bernie Madoff, who's as hated as De Niro is beloved, will pay off big time (and also call attention to the marvelous work of Michelle Pfeiffer, 59, as poor Mrs. Madoff). But it is theoretically possible that Oscar, Emmy and Tony winner Geoffrey Rush, 66, might pull off an upset and win for playing Einstein on Genius.

Nicole Kidman, 50, Big Little Lies. In a Hollywood year in which the big issue is sexual harassment, she played the victim at the center of the year's hottest miniseries. In this category, only Reese Witherspoon, 41, is under 50. The fact that Kidman, Laura Dern, 50, Jessica Lange, 68, and Susan Sarandon, 71, dominate the important miniseries category is proof that women are bankable talent — especially grownup women.

SAG has a closer look at the other nominees.