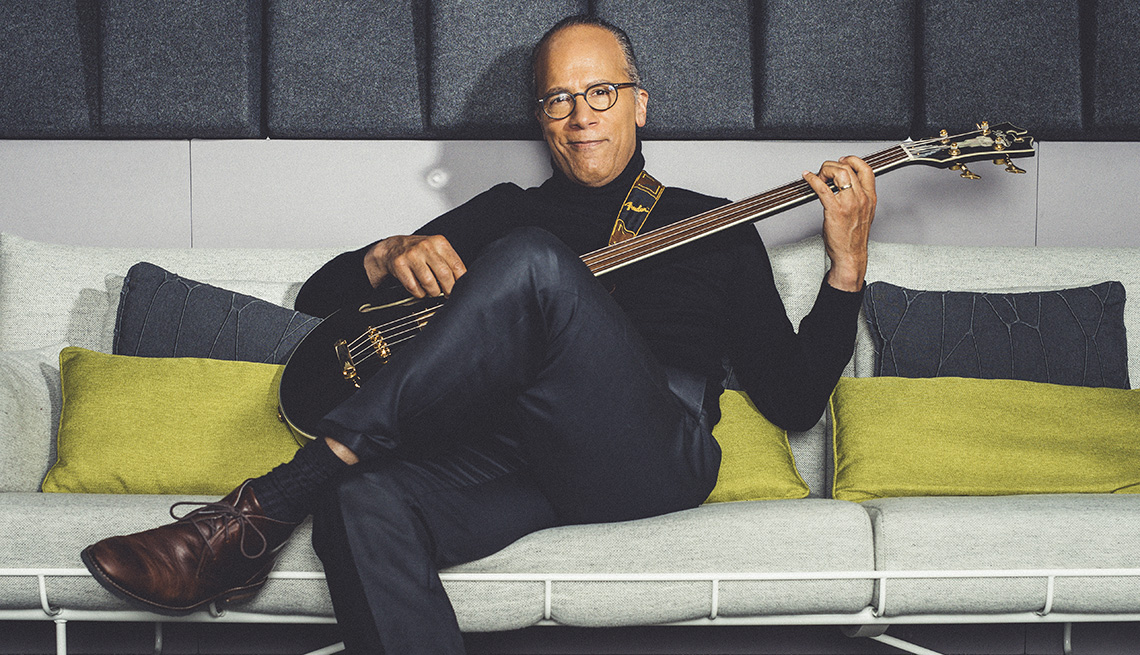 When I was a young teenager, I started listening for the bass lines in music. A lot of people don’t notice the bass unless it stops playing, but I was able to pick it out and appreciate how those low notes really bring a song together. I heard that my junior high school’s jazz choir was in need of a bassist, so I put together money from my paper route, hunted around the local pawnshops and bought a bass guitar. Then I got a series of books — I think they were Mel Bay books — and taught myself to play. I never had formal lessons, and I’m almost fearful of taking them at this point because I know I’ve learned many bad habits that would be very difficult to unlearn.

Sign up for AARP's Lifestyle Newsletter and get TV previews, reviews and more

I didn’t get an upright bass until I moved back to New York in 2000. Having one had been a fantasy of mine, so I went to a store and kicked the tires on a few, then bought one and dragged it home on the subway. I love all kinds of music — right now I’m in a rock band with some coworkers — but jazz is my favorite style. There’s a freedom of expression in jazz; it’s improvisational. I never play a tune the same way twice.

I worked weekends for many years before I became a weeknight anchor. As I’ve become more known as an anchorman, I’ve always told myself, Do not let this job define you. Obviously I have a passion for the news and enjoy what I do, but I’m not “Lester Holt, Anchorman.” I’m just me, and I’ve always believed you should have something in your life that you are just as passionate about as you are about your work. For me, it’s the bass.

I told my wife that when I retire from this job, one thing I would consider doing is being in a wedding band. If you think about it, most people don’t go out dancing very often. So when do they dance? At wedding receptions! I was at a wedding last summer, and the band was playing all the great songs, and people were up and dancing and having a wonderful time. And I thought, Man, what a cool job that would be — to delight people like that. The only problem, of course, is that it would mean working weekends again.

—As told to Jennifer E. Mabry